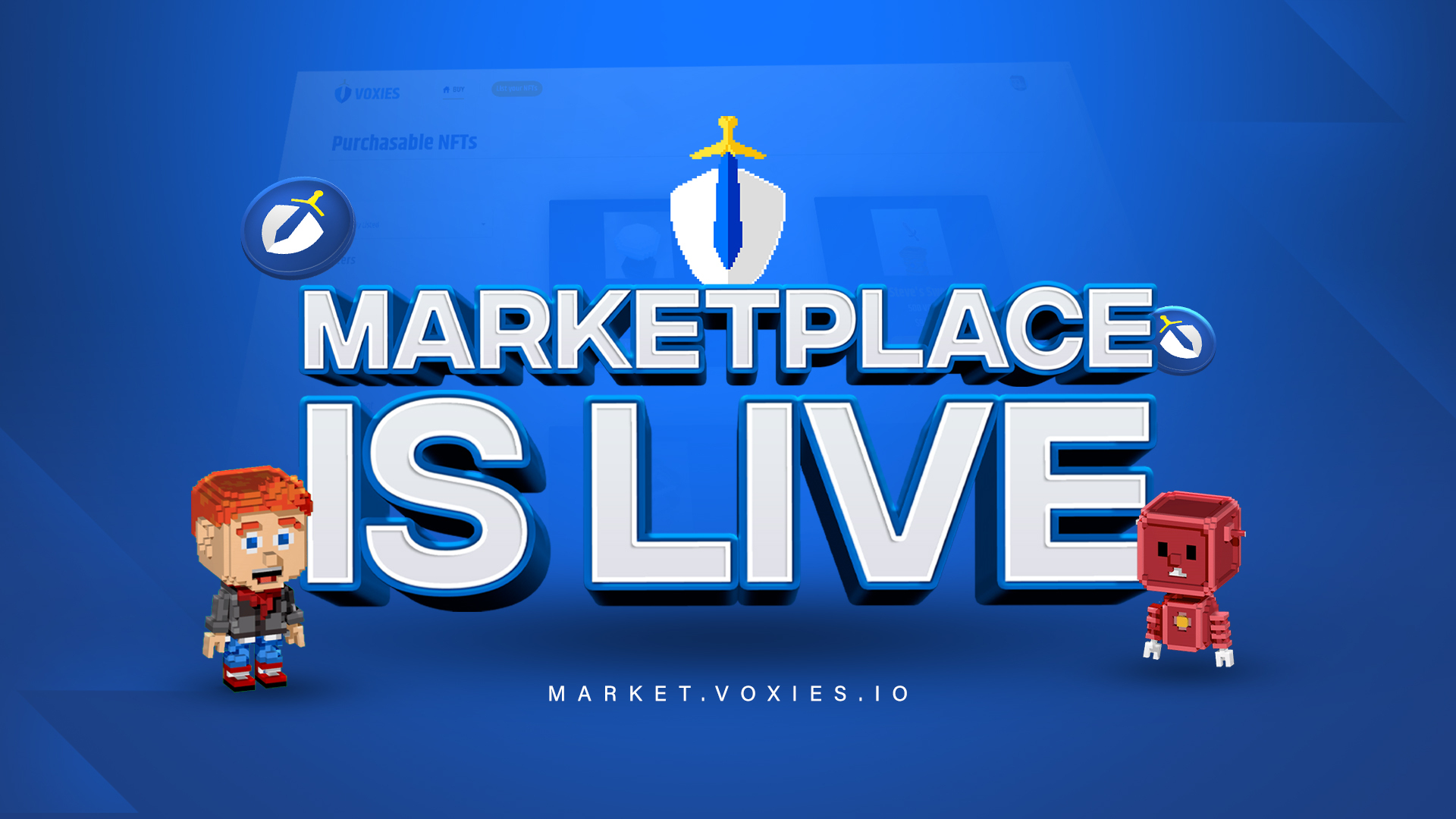 We reported on Voxie Tactics opening up their beta not long ago. And we even did a video review of the game after that. But the Voxies team continues to release new updates and improvements, so we have to keep talking about them! This latest update from the Voxies team brings us the beta version of their official marketplace.

Playing Voxie Tactics is free. And you even have a selection of free characters to choose from to suit your playstyle. But sometimes, it would be nice to have an item or two for a stat boost. Well now you can browse the official marketplace to pick up just the rightitems to help you emerge victorious in your battles!

The market runs in a web browser and exists on the Polygon network. You will need a little MATIC to authorize the smart contract and get started. After that, each user is limited to 20 transactions per day, but the transactions are gas-free. The system does take 4% from every transaction as a market fee. At the moment, the market only supports Voxie Tactics NFTs. But in the near future you should be able to buy and sell Voxies as well.

Even though it’s the first beta release, the market already supports item offers, limited time sales, and bundled listings and seems to work pretty smoothly. All purchases on the Voxies market are made with VOXELS, the official game token. Players earn VOXELS by winning PvP matches.

What is Voxie Tactics?

Voxie Tactics is a strategic battle game where two players field teams of three characters. These characters move, fight, and cast spells across a varied battlefield in an attempt to destroy the opposing team. The game features 10 different character races and 20 unique classes, each with their own powers and abilities.

Voxie Tactics is free to play, with play to earn potential starting with your fist PvP match! Not only do your earn VOXELS tokens from winning matches, but you can also find NFTs. And if that NFT doesn’t fit your characters or playstyle, then you can sell it on the new marketplace!

The game features an MMR ranking ladder, so more experienced players should be matched against each other, giving the new players a chance to learn the game a bit before getting stomped! New players also have a list of free characters that can select from to form their team.

In addition to opening up their own market, the Voxie Tactics team has put out weekly patches and updates. This includes bug fixes, UI improvements, and numerous balancing adjustments. Even though Voxie Tactics is still officially in beta, the team has really hit the ground running. In other bullish news, the parent company, AlwayGeeky Games, just received a $1.1 million investment from Binance Labs!

Voxies are 10k, generative, voxel project featuring 3D animated charact. Every Voxie is unique and features 20 attributes in addition to a Class and Race! Players equip their Voxies with items and pets to help them on the Voxie Tactics battlefield. All Voxies and Items are individual NFTs that can be bought and sold as normal. However, Voxies are static NFTs. Though Voxies use equipment and level up, that information is kept on the servers for the Voxie Tactics game.

Voxie has its own token, VOXEL. VOXEL tokens are used for crafting, tournament entry fees, and at the in-game marketplace.