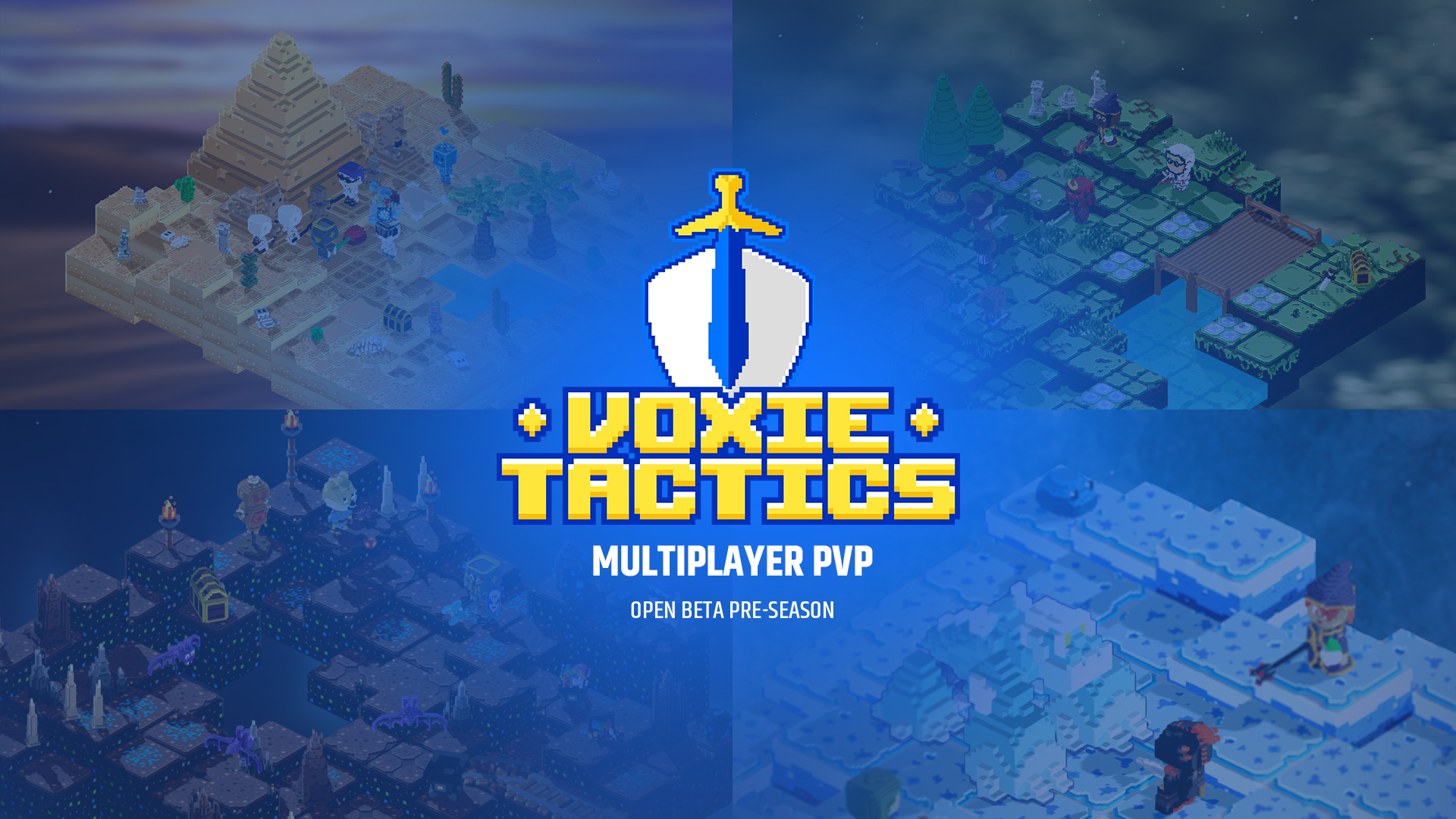 The Voxies are ready for action in the Voxie Tactics game, as the team releases their Open Beta! Don’t have a Voxie? No worries! Anyone can join — no need for tokens or NFTs. Just connect your wallet to the website, download the game, and you’re ready to battle!

Voxies first hit the scene in March of 2021, selling a 10k, generative, voxel project featuring 3D animated characters. Many Voxie owners have eagerly waited since then for the release of their game, Voxie Tactics! But the game isn’t just for Voxie owners. The game is completely free to play for everyone! Players who don’t own Voxies choose their team from a selection of free characters.

The game also offers up a very limited set of free items for your characters to equip (note: sometimes you have to exit and restart the game for it to remember your equipped items for battle). Once your characters are outfitted and ready, click the Multiplayer button to find an opponent!

Voxie Tactics is a turn based strategy game. Players field a team of three fantasy themed characters and face off across a voxelized battlefield. Characters move around the battlefield, cast spells, and attack in an attempt to destroy the opposing team. Some spells and abilities take several turns to cast. The game features terrain height, character facing, spells, resistances, pets, and more!

In order to fully test the character abilities, all characters are level 20 for this beta. The Voxies team plans to introduce a leveling system as well as PvE options at a later point. The current beta’s focus is on the PvP aspect. There is already an ELO leaderboard in place, with potential prizes!

Now, on to the bad news. The game is in a rough state at the moment. The user interface is very limited. Battles are a confusing mess, especially for new players. Crashes and lockups are common. But, to the team’s credit, they have already released a day one patch to fix some issues. And they say to expect more patches to continue to improve stability and balance. Hopefully some additional polish will happen once the major issues are resolved. The battle interface in particular could use some major work.

All in all, I think that Voxie Tactics has some major potential. With a vastly improved interface and some balancing, Voxie Tactics could be a really fun game. And, in true play to earn fashion, the game already offers rewards for playing. Players can find VOXEL tokens and NFTs after winning matches! It’s hard to find many betas that offer that sort of opportunity for free! So for anyone willing to put up with the early beta issues, you can download the latest version on the official site.

Voxies are 10k, generative, voxel project featuring 3D animated charact. Every Voxie is unique and features 20 attributes in addition to a Class and Race! Players equip their Voxies with items and pets to help them on the Voxie Tactics battlefield. All Voxies and Items are individual NFTs that can be bought and sold as normal. However, Voxies are static NFTs. Though they can use equipment and level up, that information is kept on the servers for the Voxie Tactics game.

Voxie has its own token, VOXEL. VOXEL tokens will be used for crafting, tournament entry fees, and at the in-game marketplace.