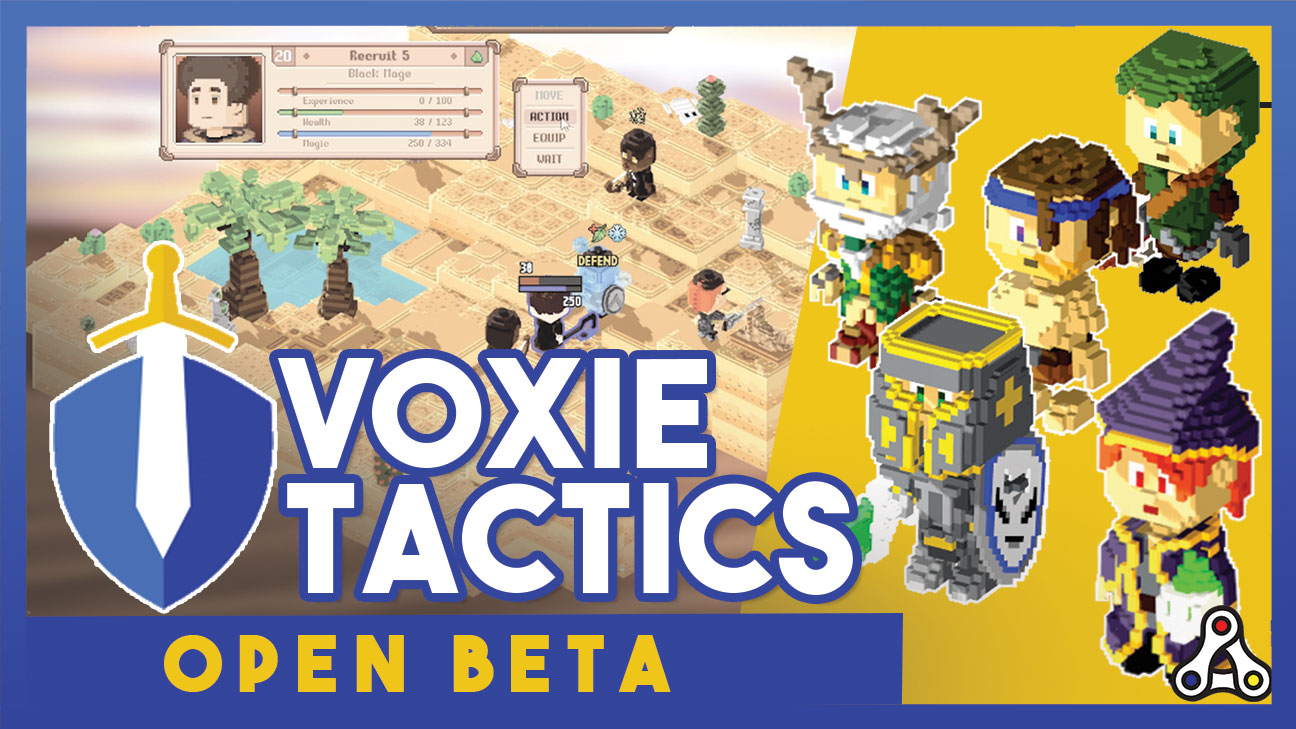 Voxie Tactics released its open beta last week and we couldn’t resist the urge to make a video review of the game. The game is free-to-play and the beta is open to anyone, so have a look and go try the game if you like the concept!

We think that Voxie Tactics has some major potential. With a vastly improved interface and some balancing, Voxie Tactics could be a really fun game. And, in true play to earn fashion, the game already offers rewards for playing. Players can find VOXEL tokens and NFTs after winning matches! It’s hard to find many betas that offer that sort of opportunity for free! So for anyone willing to put up with the early beta issues, you can download the latest version on the official site.

Voxies are 10k, generative, voxel project featuring 3D animated charact. Every Voxie is unique and features 20 attributes in addition to a Class and Race! Players equip their Voxies with items and pets to help them on the Voxie Tactics battlefield. All Voxies and Items are individual NFTs that can be bought and sold as normal. However, Voxies are static NFTs. Though they can use equipment and level up, that information is kept on the servers for the Voxie Tactics game.

Voxie has its own token, VOXEL. VOXEL tokens will be used for crafting, tournament entry fees, and at the in-game marketplace.