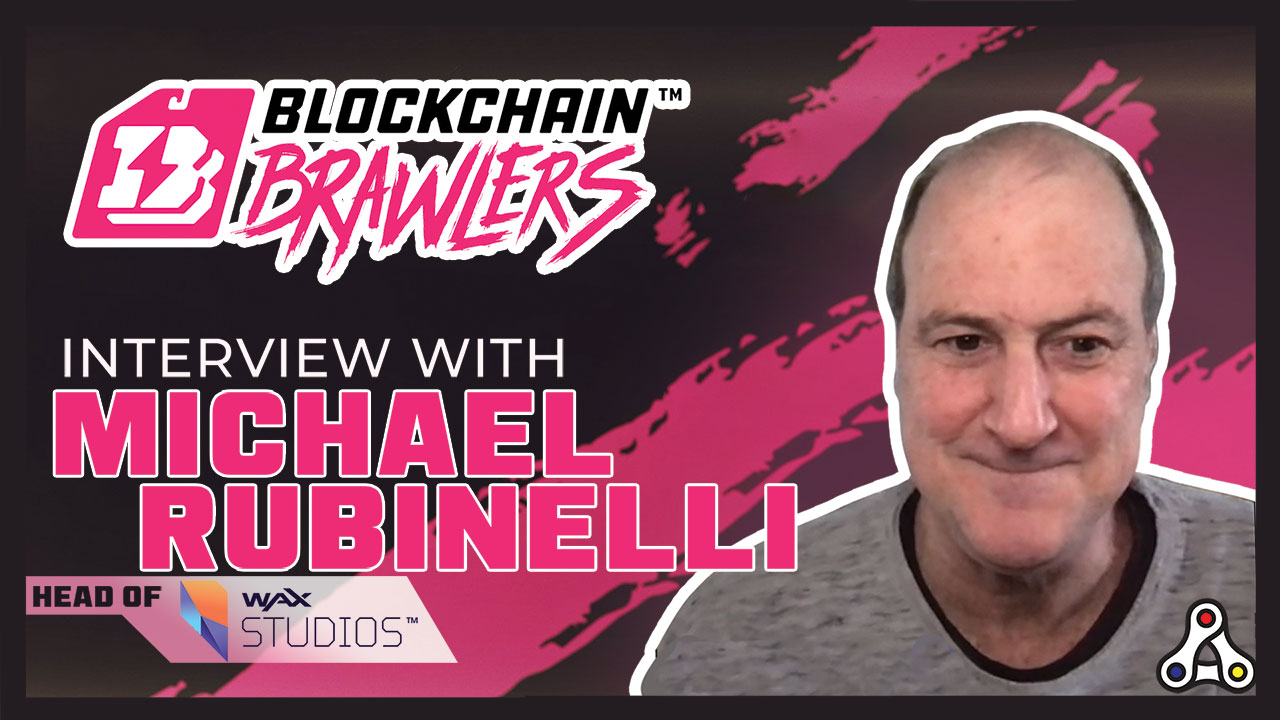 This week we had the honor to interview Michael Rubinelli, head of WAX Studios, to discuss their upcoming title, Blockchain Brawlers. Michael goes in details about the Blockchain Brawlers gameplay, the game’s economy and gives us some insights about some nice upcoming projects on WAX.

In the first part of the interview, Mike and Bruno discuss Blockchain Brawlers, how the game is going to work, the different Brawlers’ attributes depending on their rarity level and he tells us more about the game’s economy.

Mike also tells us about his favorite projects on the WAX ecosystem. Be sure to check it out, there might be a couple of gems for you there…

To conclude the interview, we asked Mike what, in his opinion, makes a play-to-earn project successful.

You can also check out our latest article about Blockchain Brawlers UI and game economy preview.

Who is Michael Rubinelli?

Michael Rubinelli is a technology & gaming leader with 15+ years of experience in executive leadership and product development. Michael is renowned for his success at top corporations including Disney, THQ, Electronic Arts.

He is now the head of WAX Studios and leading the product development of Blockchain Brawlers and future NFT Games of the studio.