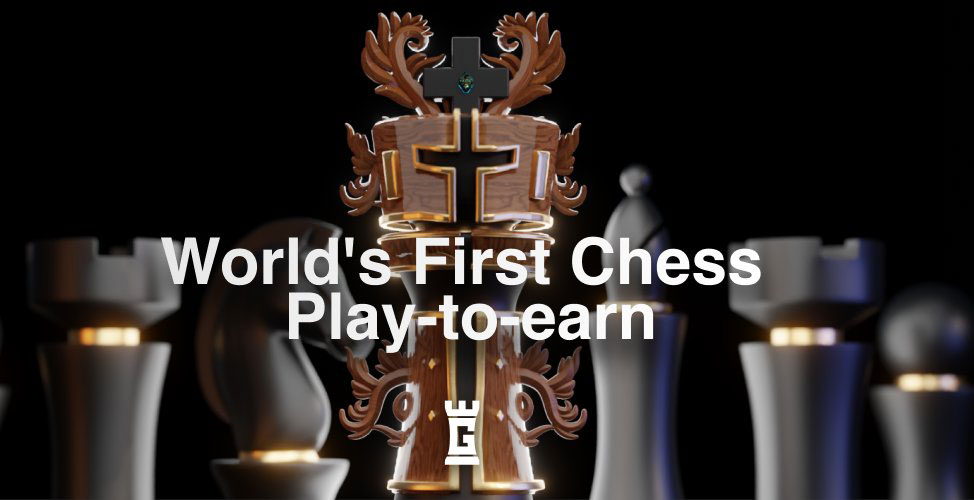 Chess is one of the oldest and the most complex game of all. It has also regained in popularity over the last couple of years with the success of the Netflix series The Queen’s Gambit and the rise of popular streamers and Youtubers like Gotham Chess or the American Grand Master Hikaru Nakamura. But we yet have to see a successful chess game on the blockchain. Could Immortal Game be the first one? Let’s have a deeper look at the challenges and how the team is trying to solve them.

Many chess players, like myself, spend countless hours playing online on the big online platforms such as chess.com or lichess.org. These platforms are great for playing and practicing against opponents from all over the world. Players are ranked by their ELO score, just like in traditional, over the board chess tournaments. But as a pay-to-earn and NFT gaming enthusiast I am still looking to this day for a decent chess platform using blockchain technology.

A couple of projects tried already, but none of them have been successful so far. Powchess for instance offers a lichess clone with a blockchain layer. Players are matched up against each other depending on their level the amount of token at stake for each game. Winner takes it all. A nice idea in principle, but after just a couple of months, the platform seem to be abandoned by players… We will see why in the next section.

The well known development studio Vulcan Forged also have a blockchain chess game: Battle Chess. Vulcan’s Battle Chess is a 3D chess game where players are matched against each others… The thing is, I have never been able to play against anyone as there are no players in the lobby. The 3D aspect is also more distracting than anything else and there are no clear play-to-earn mechanics.

The challenges of play-to-earn chess

There are two main challenges for blockchain chess games. The first one is that it needs to attract a large player base. Without players of all levels, you won’t be able to find an opponent and you will just abandon the game and go back to the big online chess platforms. Earnings could be a great incentive to onboard players, but it has to be done the right way, and this, because of one major problem: the use of chess engines.

Over the last years, chess engines have become very powerful and are now able to easily beat any player, even the reigning and five times world champion Magnus Carlsen. When playing online, a player can just open a chess engine on another window and play the games suggested by the computer, thus beating any opponent. Platforms like chess.com are spending a lot of resources to fight against cheating. Part of the solution is AI driven, comparing the players’ accuracy against computer moves. They also have an in-house fair play team that will review specific cases reported by users.

So if players cheat in online games with no real stakes on the line, imagine what would happen if there were money on the table…

Putting a twist in the rules of chess

The Immortal Game team is trying to do things differently. They will put a twist in the rules of chess with the introduction of Immortals. Immortals are chess pieces with special powers. Each immortal is an NFT and each Immortal on the chess board will have specific quests to achieve during the game. A quest could be for example to give a check to the enemy’s king, or to finish the game without being taken.

The player will still have to win the chess game, but he will be rewarded for winning and completing his quests. This mechanic alone would limit quite a bit the potential earnings of a cheater, but would not make it impossible for them to win as some quests could simply be completed by chance.

This alone won’t be enough to keep cheaters away, but introducing this chess variant is a first step which can also bring some extra fun to the game!

The Immortal Game NFTs are chess pieces and will exist in different levels of purity: Rough, polished, piece of art and masterpiece. The team leaked some of the designs in their Discord server and they look great! Depending on their purity scores, NFTs will give more or less rewards to its owner.

The game’s economy will work on a dual-token system like many other projects. A governance token, IGE, with a fixed supply, and a rewards token, GMT, with an infinite supply. The big challenge here will be to find the right balance and utility for the tokens in order to keep a sustainable economy over the long run.

The Immortal Game team is based in France and announced a first partnership with french grand master and current world blitz chess champion Maxime Vachier-Lagrave. MVL is involved as an ambassador and advisor to the team.

The team is also working with other chess personalities and chess federations in order to promote the game and to give incentives to young players to learn chess, following the learn-and-earn narrative.

For more details, head over to the Immortal Game website where you can read more about the game mechanics.

The first alpha release is set to take place on March 17th with a tournament open to 100 players. World class chess players, including Maxime Vachier-Lagrave will take part in the event alongside whitelisted members of their community and web3 influencers.

During the alpha, four tournaments will take place over the next four weeks. For each tournament, 100 players will be added and compete to earn GMT token rewards. All the details about the tournaments and how to participate are available on the official blog post here.

Immortal Game is trying to tackle a complex problem, but it seems they are on the right path. With a strong team and a network of top chess players and influencers they could be the first project to succeed in the play to earn chess. Let’s see how the alpha gameplay will be received by the first players and if the team will be able to build a strong community of players and overcome the many challenges ahead.