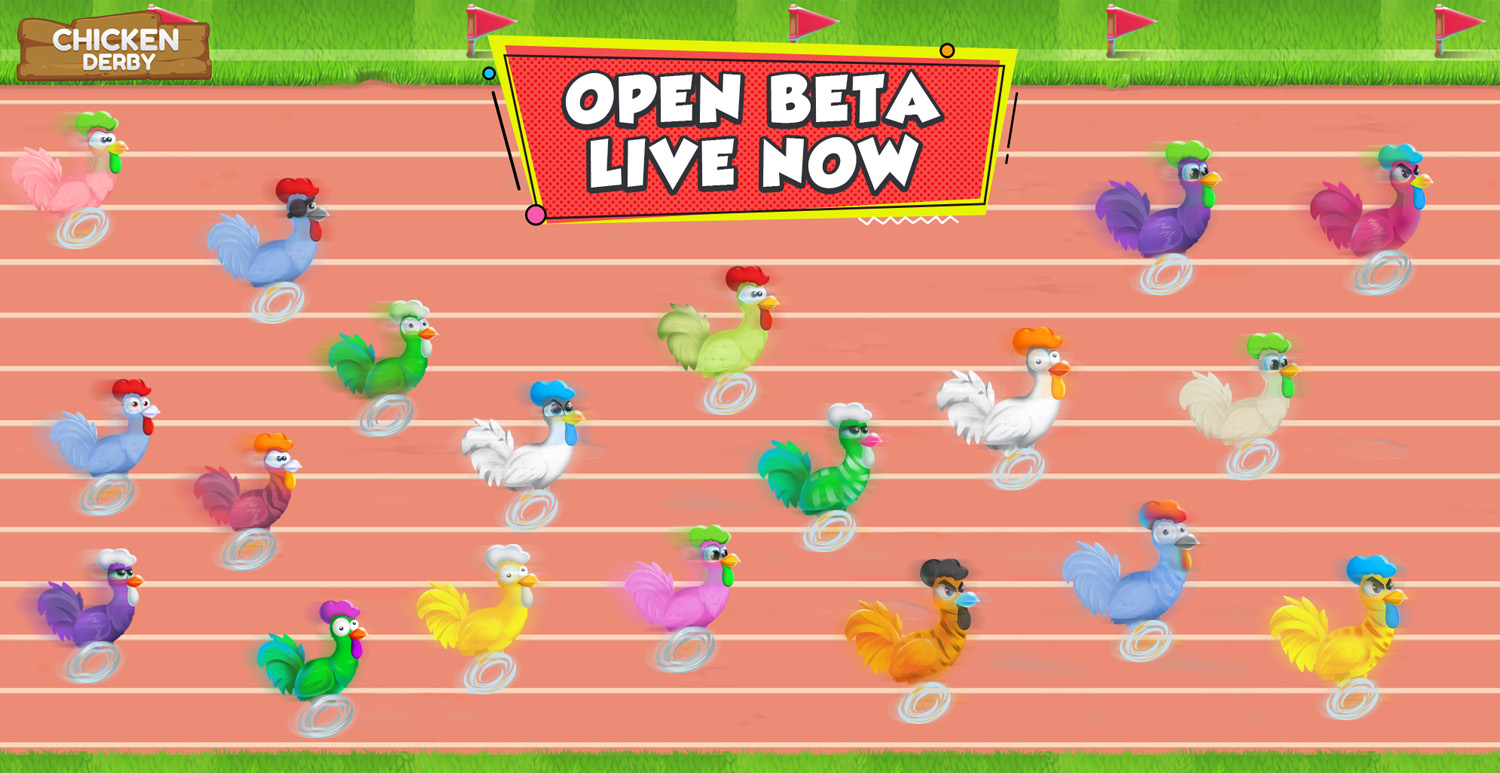 We already have horse racing and car racing games on the blockchain. But to my knowledge, Chicken Derby is the first chicken racing game in the space! After a successful Closed Beta period, Chicken Derby now enters Open Beta. Anyone and everyone with a Chicken can race for paid prizes.

Open up your chicken coops as Chicken Derby launches into Open Beta. The basic racing game allows Chicken owners to enter the best of their flock into paid and free races. Every Chicken receives one free race in the ‘Chick’ Pecking Order class. After that, the game assigns the Chicken to a Pecking Order — A, B, or C. Chickens move up or down the Pecking Order based on their race results. There are occasionally free races for the non-Chick pecking orders, but they are not common and you have to be quick to sign up for them.

Every race, even the free ones, pay out to the top 3 finishers. Entry fees vary, from $2 to over $100, with the prize pots scaled accordingly. Chicken Derby doesn’t use any additional tokens. Entry fees and prize winnings are all paid in WETH (Wrapped Ether).

And since the game runs on Polygon, Chicken Derby subsidizes the gas costs for entering races. Players only need to pay the entry fee and sign a message when entering. Once the race is full, there is a short delay before it begins. Anyone can watch a graphic visualization of the race results. And though the races are pretty bare bones at the moment, expect more exciting visuals in the future as more features are added and Chickens start using their abilities.

Winnings pay out automatically at the end of every race. Race generation and running are also automatic. The team will take races offline every once in a while for a patch, but otherwise, races are available 24/7 for all Pecking Orders. Chickens can be purchased on Open Sea.

What is Chicken Derby?

Chicken Derby is a chicken racing simulation built on the Polygon network. Each Chicken is a unique NFT that can be entered into races for paid prizes! The original, ‘Spicy’ stock of 33,333 Chickens sold out, though many are available on secondary markets.

Chickens come in four Heritages — Serama, Sultan, Lakenvelder, and Dorkling, in order of rarity. In addition, there are a number of random cosmetic traits for each Chicken. Ranging from standard white feathers to tiger patterns to robot chickens! Though not yet reflected in the game, each Chicken also has a special ability that can trigger during races. This can be something as simple as a short flight, or as extreme as creating a black hole!

Chickens have Perfection ratings, which affect their race performances. All of the original Spicy breed Chickens have a Perfection Rating of at least 90%. But it’s not always the 100% Perfection Chicken who wins the race. Each Chicken also has hidden preferences for track distance and type as well as a Consistency rating. Discovery of these hidden traits is left up to the owners. With seven different terrain types, six different track lengths, and twelve Chickens per race, each with their own preferences, abilities, and racing styles, there is enough variation to ensure that the race outcomes wont be predetermined.

The game auto generates races throughout the day, some free, most paid. Players enter their Chickens in a race, and once the race is full, anyone can watch the race unfold live, or view the replay later.