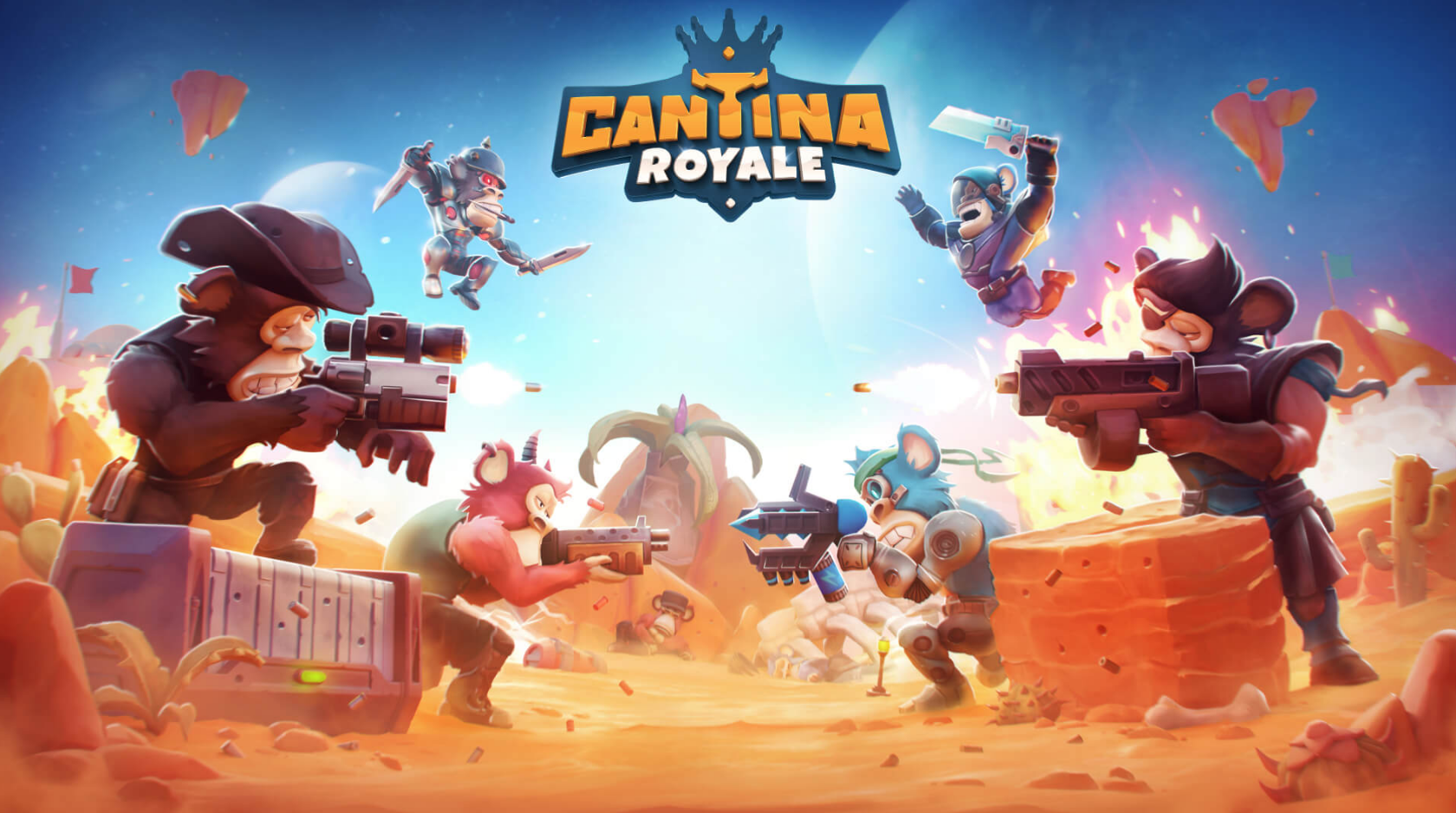 Cantina Royale, the tactical action shooter game based on the Elrond blockchain, is one of the most promising free-to-play and play-to-earn games to look forward to this year. Recently, it has concluded a successful Initial Dex Offering (IDO) and mystery box NFT bundle sale on the Maiar launchpad. Now, this cross-platform game is moving fast toward its next development stage: the minting of its Genesis Space Ape NFTs.

Cantina Royale presents an enticing offer to blockchain and traditional gamers alike: it’s going to be a free-to-play cross-platform real-time shooter game. Players will be able to access it on iOS, Android, macOS, and PC. It will also have multiple game modes, including player-versus-environment (PvE) or player-versus-player (PvP) battles, and will have earning opportunities from winning them.

Interestingly, Cantina Royale’s protocol allows BAYC holders to integrate their character into the game. If you own a BAYC NFT, that means you can use it to create an in-game character at Cantina Royale, and your character will have the same attributes and visuals. According to their roadmap, this feature should be available by the third quarter of 2022.

After a successful IDO on the Maiar Launchpad, Cantina Royale is now on its Origin Series Initial Game Offering (IGO). In this phase, the team is offering an IGO Mystery Box NFT Mint. If you participate, you’ll have a chance to win Cantina Royale’s very first NFT collection. This collection will have Genesis Space Apes. It’s the only collection to earn 1% lifetime rewards from future-recruited NFT characters.

During the NFT mint, a total of 10,000 mystery boxes will be sold. The mint will also have three rounds. The first of the rounds will be the whitelist mint, which will start on July 19 (Tuesday) at 16:00 UTC and end on July 21 (Thursday) 12:00 UTC. The other two rounds will be the Elrond lottery priority mint and public mint, which will be open to all. If you haven’t been whitelisted or entered the lottery sale, you can still join the public mint. It will begin on July 25 (Monday) at 16:00 UTC and end after 48 hours.

After the NFT mint, aspiring players will be looking forward to the NFT marketplace opening so they could buy the 3D playable NFTs they didn’t have the chance to mint. Before July ends, we should also be expecting the game launch.

Does Cantina Royale have a token?

Yes. Cantina Royale’s own in-game tokens are called the $CRT. If you have CRTs, you’ll be able to pay for upgrades and new game items. You could also earn $CRT as a reward for winning PvE or PvP battles in Cantina Royale.

Who’s the team and the backers behind Cantina Royale?

Cantina Royale’s 15-member game development team includes experts of various backgrounds. The game’s creator and designer is Dan Bojan, a full-stack game developer who previously worked with Angry Mob Games. Meanwhile, the team has Paul Szanto as its lead developer, a programmer who has once worked with Gameloft. Other team members include Verko founders and advisors with backgrounds in blockchain development.

Backed by Animoca Brands and having partnered with blockchain gaming guilds such as Merit Circle and Good Games Guild, Cantina Royale seems to have a say in revolutionizing the GameFi space. As it’s built on Elrond, it also has the capacity to scale and entice more mainstream gamers into the play-to-earn world.

Elrond is a layer 1 blockchain that’s highly scalable and environment-friendly. It uses a novel Adaptive State Sharding mechanism and a Secure Proof of Stake (PoS) algorithm. This means Elrond is linearly scalable and can process over 15,000 transactions per second (TPS) with only a 6-second latency.

This scalability, in turn, is promising for wider-scale blockchain gaming. It could potentially pave the way for more mobile game F2P and P2E adaptations with more exciting real-time action such as in Cantina Royale. Cantina Royale is also the first game to be incubated on Verko, which then operates on the Elrond Virtual Machine.

Powered by Elrond, Cantina Royale is already on the second phase of its launchpad timeline.