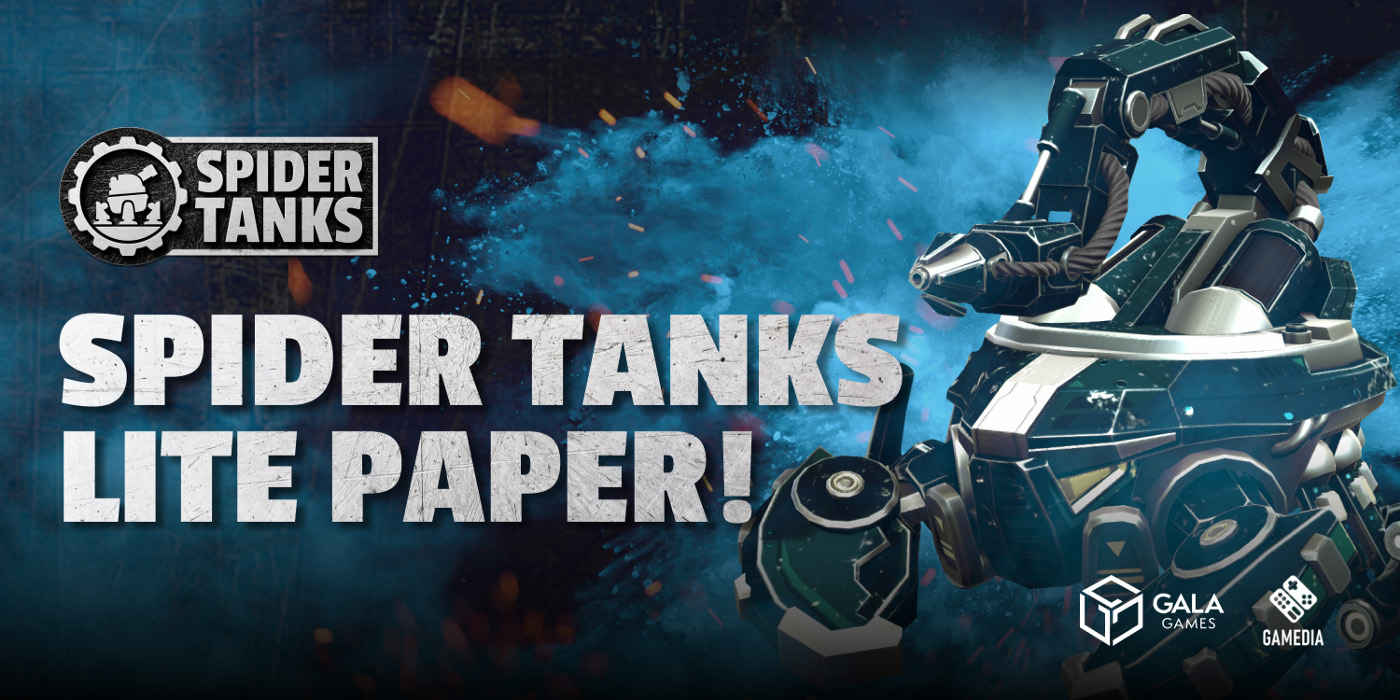 Though it’s been in open beta for a while, and even offered play to earn events, Spider Tanks kept many of the details for its play to earn economy under wraps. Now, with the recent release of their litepaper, we get a detailed look into their plans for the future of the game.

Spider Tanks is a play to earn, MOBA style game featuring customizable tanks. Each player controls their own tank as they fight across various battle arenas to achieve the game objectives. Though free to play, only players who own or rent NFT Tanks or parts will be able to earn SILK, an ERC-20 token associated with Spider Tanks.

After running an open beta for quite some time and hosting a number of tournaments and special events, Spider Tanks drops the first version of their litepaper. In it, we discover how Spider Tanks plans to run and manage their game economy.

Play to Earn in Spider Tanks

Players earn Victory Points by playing and winning matches. The game calculates Victory Points payout based on the rarity of tanks and parts used. Each item also has an Energy rating. As matches are played with that item, the Energy decreases, which also decreases the amount earned.

Players can also upgrade their NFT items to increase the number of Victory Points they earn. To upgrade items, players need to use a special, in-game currency, called Arachnium, as well as components from the in-game store (purchased with Arachnium). Arachnium is acquired by exchanging SILK manually, or by having it auto-converted from Victory points.

Now, I’m not really sure why we need an in-game only currency. Especially one that’s only available by switching from the other game currency! The only reason I can see is that they want the ability to adjust the conversion rate to control inflation. But isn’t that handled already with their diminishing returns plans for SILK production?

Anyway, higher rarity items cost more to upgrade. Upgrading items also provides a stat boost for the item. Item upgrades max out at level 30. But not all upgrades are equal. The stat bonus received can range from Decent to Perfect, with several quality levels in-between. If players don’t like the results from their upgrade, they can pay a fee in SILK to reroll.

For the free to play players, Spider Tanks will offer a Pilot Program. Basically, a rental system based on commission. Tank owners set their tanks as available to rent and Pilots pick them up to play with. At the beginning, Pilots will be assigned random tanks, though in the future, the team hopes to have a system where better Pilots are awarded better tanks to rent.

Land ownership in Spider Tanks comes in two forms — Maps and Planetary Nodes. Map NFTs are already available on the Gala Games store, but Planetary Nodes are a completely new concept to Spider Tanks players. It’s possible that these will run as game nodes, helping to process transactions for Spider Tanks, but it’s hard to say for sure without more information.

We do know that Map owners need to link their Maps to Planetary Nodes. Once linked, the Map goes into the queue for matches. Like tank bodies and items, Maps and Planetary Nodes can also be upgraded. Higher level maps receive more queue slots than lower level ones. When a player’s Map is used for a match, they receive some Victory Points.

It’s always great to learn details about how a play to earn game plans to handle their economy. And though I’m not sold on the need for an extra, in-game only currency that seems to have no reason for existing, everything else in their plans makes sense. The diminishing returns on rewards for heavy use players and as a response to an increasing SILK circulating supply shows that the team understands the perils of token inflation. And having that foundation to start with bodes well for the game’s longevity.

For any unanswered question, the Spider Tanks team plans to hold an AMA on July 19th, 4pm PT. If you have a question to submit, fill out this form.