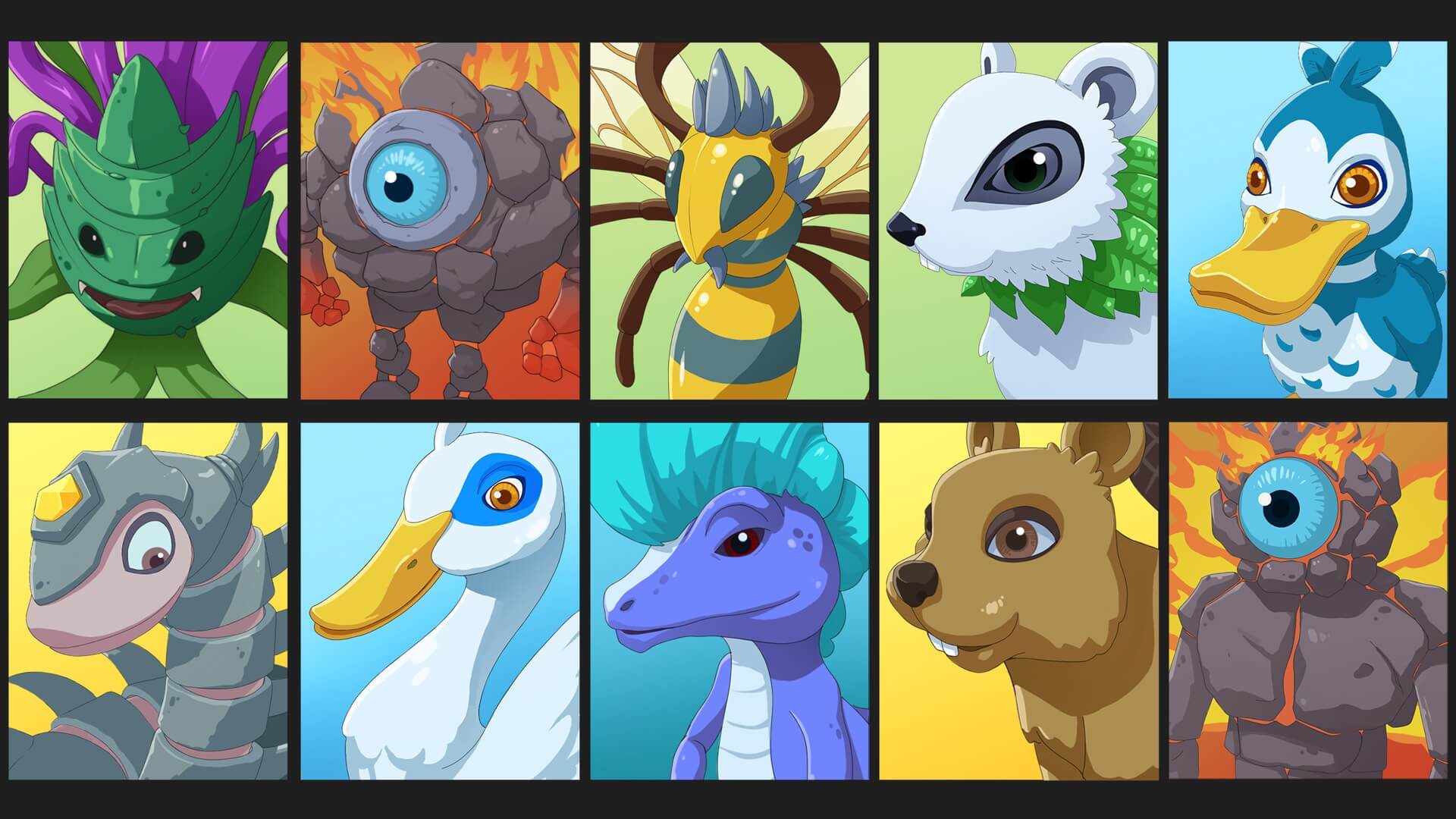 B-Side Games, the developer of Pokemon-like MMORPG Chainmonsters, has announced its Beta Phase 2 updates. The Flow blockchain-based game released its first beta in December last year and recently released the iOS and Android versions of the game. The Beta Phase 2 updates include interesting features such as the Chainmon Demo version, refurbished Chainmon designs, UI adjustments, mobile optimizations, and more.

The B-Side Games team has announced that a Chainmonsters Demo version will be launched soon for Android, iOS, PC, and Mac. The demo version will help players get an idea about the gameplay, which will help developers test the game. The demo is a part of the Beta Phase 2 cycle and will be available for a limited period till the main version 1.0 is announced. The Chainmonsters demo version will be released with exciting gameplay and graphics in the coming weeks. In addition, the Beta Phase 2 testing will help developers collect important feedback from players about the gameplay experience.

The developers have also worked on the appearance of 3D Chainmons, making them more realistic. In addition, the new texture of the monsters makes them fit into the natural background of the game and have a friendly nature. Finally, some UI adjustments have also been made with the introduction of hand-drawn cards that will be used in Squad and Storage screens so that you can view your Chainmons army.

Mobile optimizations have been made after the Beta phase 1 review, and the game’s visuals have been upgraded from previous versions. The game will now run at stable 30+ FPS on all devices. The team is working on achieving higher FPS rates. A cinematic cutscene system is added that will accompany dialogues and characters in the game. Animated sequences will make the story quests more interesting and visually appealing.

Chainmonsters is a blockchain-based MMORPG game developed by B-Side Games. The game initially ran on Ethereum Blockchain before it migrated to Flow Blockchain. Chainmonsters is one of the most extensively tested games in the blockchain gaming industry. It consists of NFTs that players can use to buy, sell or trade in-game assets on the Chainmonsters’ marketplace. There is currently no cryptocurrency or in-game currency token in Chainmonsters, but the game relies totally on NFTs. The game’s market allows you to buy clothes, power-ups, restorative items, and food.

The world of Chainmonsters is full of beautiful areas, unique Chainmons, and hidden secrets. Players can use fast travel to jump from one place to another quickly. In addition, you can create an island where you can invite your friends. There are 135 different Chainmons in the game, all of which have unique traits and mutations. The game story takes place in the fictional world of Ancora, which is divided into eight islands. Players need to catch Chainmons and train or breed them. The game is similar to RPG Pokemon games, where players catch, battle, and train monsters.