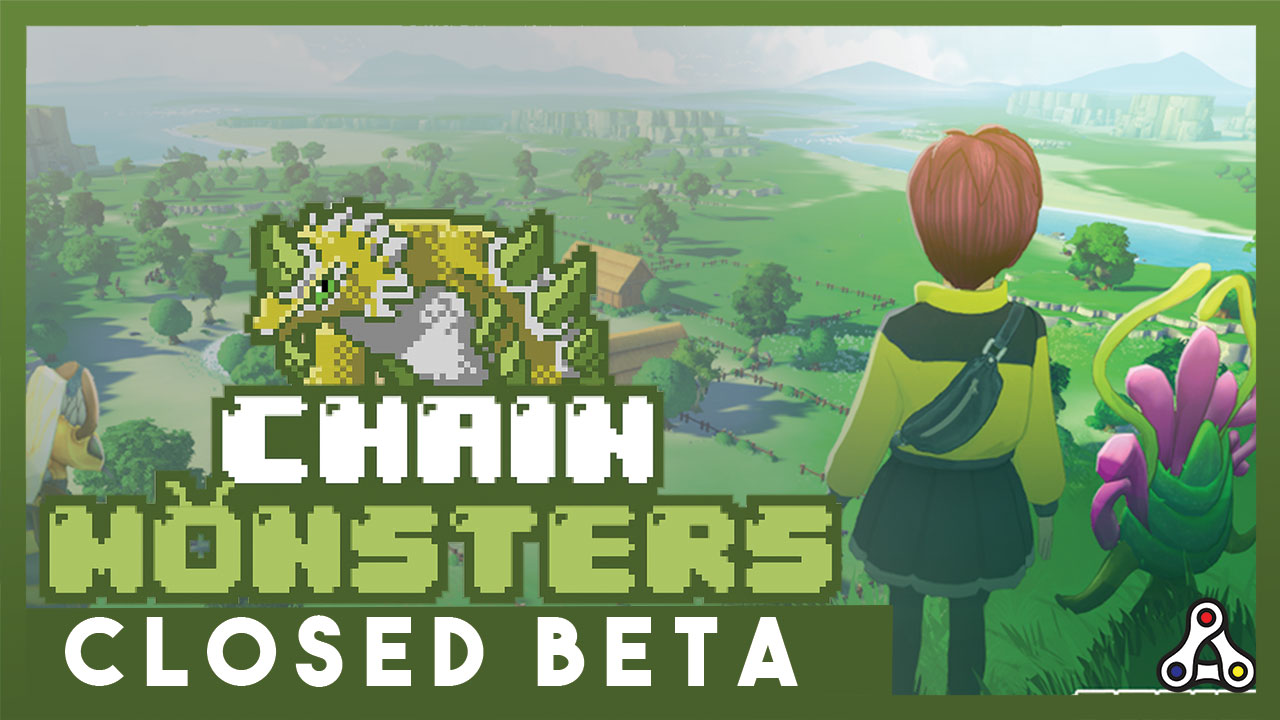 Chainmonsters launched their first beta in December and recently released iOS and Android version. We sent our host Bruno on a mission to review the Chainmonsters beta and catch all the Mons coming his way. Watch the video to see his first adventures in the Chainmonsters world.

As you can see in our review, the graphics evolved quite a bit since the first versions of the game. You can now explore the world in 3D with a really nice cartoon style.

If you tried the beta, head over to our YouTube channel and let us know what you think about it in the comments section.

To try the beta you will need to download the game on your preferred platform (PC, iOS or Android) and get a beta key. You can get a beta key either on the secondary market or by entering giveaways on the project’s Discord and Twitter. All the details on how to get in Chainmonsters beta are in our last article.

Chainmonsters is a massively multiplayer online role-playing game inspired by classic games like The Legend of Zelda and Pokémon. It uses the Flow blockchain and currently runs on Windows and MacOS. Players compete against each other. Every player is an agent working for a corporation. There’s a mysterious disease that makes all creatures more aggressive, and there’s a weird crystal in the world. Guess who needs to find out? But can players trust the corporation? Who knows.

Chainmonsters began as a top-down 2D MMORPG, but has since grown into a full-fledged, 3D online role playing game that can potentially compete with Pokémon. Each Chainmon has base stats, and players upgrade them using gemstones, flowers, materials and Chip Dollars. Players complete daily quests to earn points towards a Season Pass.

Players will need to acquire all kinds of little monsters. Some of them are only be found in certain regions, others only for a limited time. These monsters come from different elements, nine in total. These are generally home to a certain island or region: pyro, hydro, nature, electro, air, cryo, geo, and crystal.

Each of those mons has several basic attributes: health points (HP), attack, defense, elemental attack, elemental defense, speed, and stamina points (SP). In addition, each mon has individual values for each stats, which means that mons can have different stats even though they look the same.