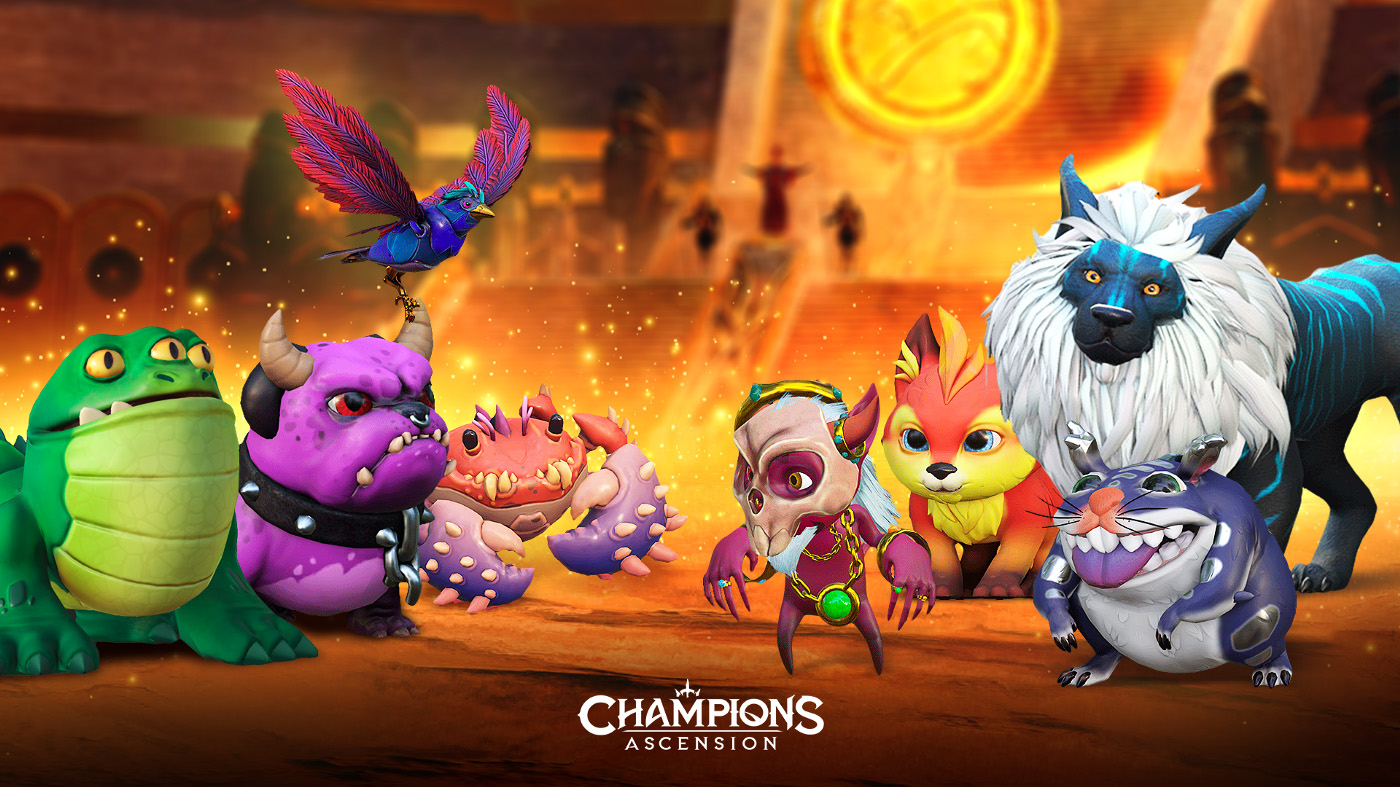 Champions: Ascension received a pronouncement from Emperor Giotto containing a trove of information about upcoming plans and features for the NFTs and the virtual world. From pets to releases to merchandise to the land sale, this missive is packed full of useful information for those interested in Champions: Ascension and the world of Messina. Let’s take a look and summarize some of the more important bits.

Champions: Ascension launched their Prime Eternal NFTs in early 2022. Along the way, they promised bold plans for the future. Including arena combat, a virtual world, and a slew of bonuses and perks for holders of Prime Eternal Champions. And now, with a rather lengthy, official decree from the Emperor, we receive news and updates on many of these features! The original post is worth a read for those with the time. But for everyone else, we’ll summarize the important stuff here for you.

By the time you read this, the first release, a new website, should already be available. This includes updated information about the game and web3 accessibility. This means players will be able to see their inventory on the site and have access to additional functionality such as the ability to download high-res images of their Champions.

Owners of the original Champions were promised pets as one of the Founder’s perks. And Pets they shall have! Champion holders will receive a Pet airdropped into their wallets sometime this summer. No gas fees needed! Apparently, Pets will provide special utility and access, unique to each type of Pet. Gotta’ collect them all!

Also planned for release this summer is a playable demo of the world, This is referred to as a ‘Slice of Messina’. Players will be able to walk the streets and visit a few locations, with additional areas added over time. But a playable world isn’t much without things to do. And for this, the team hints at the possibility of mini-games inside the world. But really, what we’re all here for is the arena combat.

The first alpha for the arena should land September-November of 2022. In the meantime, the Emperor demanded that a complete guide on arena combat be released. This guide, called “Emperor Giotto’s Holy Guide to Crushing Your Enemies in Combat and Achieving Eternal Glory in the Arena of Death,” promises to include all the information needed for potential combatants. Included will be information about move sets, the utility for every Divine part on the Champions, suggestions for battle combinations, and details on how Purity affects combat. Expect to see this guide in July.

Part of the whitepaper for this project includes staking rewards for Prime Eternals. And who doesn’t love staking? Prime Eternal owners should be able to earn both $MASSINA tokens and $DIAMOND tokens from staking. There may also be airdropped tokens. This part is unclear.

Implementation of the breeding system is expected to arrive in February of 2023. In a refreshingly open mindset, breeding knows few bounds in Massina. Gender doesn’t matter. Nor do the families. The only exception is that any tier which is not prime or eternal can only breed with the same tier. The resulting offspring from the breeding session will be the same family as one of the parents. Traits are also inherited from the parents, though there is always the chance for surprise mutations.

Also expected in 2023 is the release of land NFTs. Some lands allow the construction of buildings. Others used for gathering resources.

What? That’s not enough for you? How about official merchandise? Meeting up with the team of NFT NYC? Enhanced profile picture graphics? Or how about the launch of the new Elemental Champions on October 31st? Oooh wait. That last bit sounds exciting doesn’t it? What do I mean by the launch of Elemental Champions? Excellent question! And one I wish I had an answer to. Hopefully the Emperor will bless us with more details during their upcoming AMA this Friday, June 17th, at 10am PST via Twitter.

Additionally, the team plans to make Friday AMAs a regular, weekly occurrence, with bi-monthly developer chats. This is a great way to connect with the community. Also, for anyone at the NFT NYC event, you may want to keep an eye out for members of the team lurking around.