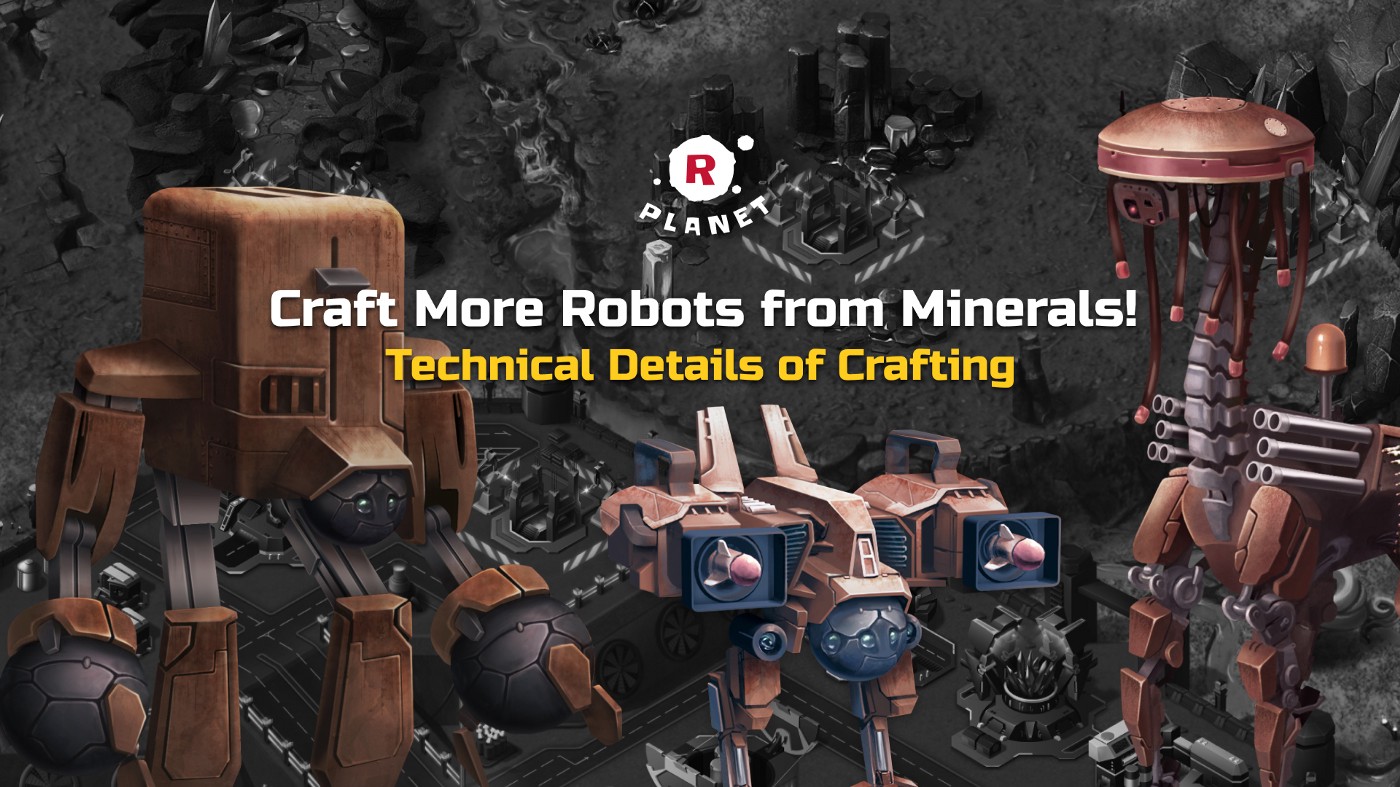 R-Planet players and land owners have been waiting quite a while to see some progress on the robot battling Conquest game. Especially those of us who purchased robot packs in October of last year! Well, we still don’t have a release of the game, but we do have a chance to bolster our supply of robots! But thankfully, this sale uses the R-planet minerals, generated by landowners. So, for those who have already built up supplies of minerals from owning lands, technically, these robots are free!

The crafting opens up at 4pm UTC, June 16th and will only be open for 24 hours. During that time, each player can craft 25 of each robot type before a 10 minute cooldown kicks in between crafting.

The robots come in three types — Chad, a fast flying unit, Quasimodo, a heavy ground unit, and Bobert, a defensive ground unit. Crafting robots requires all four minerals in varying quantities. Caponium, Enerfterium, Waxon, and Wecanite all exist as tokens on the WAX blockchain. Players acquire these minerals by owning R-Planet lands, or by purchasing them on an exchange such as Alcor.

Robot packs come in two sizes, mini and medium. Mini packs contain 50 robots, while mediums hold 250! For comparison, the previous packs sold contain twice as many units. There are 15,000 packs available in all. Three thousand are the Medium packs, and the remaining twelve thousand are mini packs. Players will be able to activate these robots in-game once it’s launched, though there may be a limit on how many can be activated per day to avoid a flood.

The fact that this sale is occurring on the official website and using the minerals intended for game use is a good sign. If it were another sale for WAX tokens, I wouldn’t be participating. But, the piles of minerals I’ve been sitting on for months? Those I’m ready to spend!

Built on the WAX blockchain, players in R-Planet stake NFTs, mine AETHER, and use the Aether to attempt to create new elements. These elements can be sold or staked for more Aether production. But the R-Planet story involves intelligent creature travelling through space to find a new home. Along the way, they must create the elements to help them survive. Then, upon arrival, they discover enemies they must defend against on their new planet!

R-Planet is currently creating a ‘next-phase’ game called Conquest where players build bases on the new planet, construct robots, and send them off to fight for land and resources. Players already own lands and accumulate minerals for this phase of the game, but development has proceeded slowly. The latest expected alpha test has been pushed to Q1 2022.

In addition, R-Planet is building a DAO, or Decentralized Autonomous Organization, to guide some of the game features and direction.