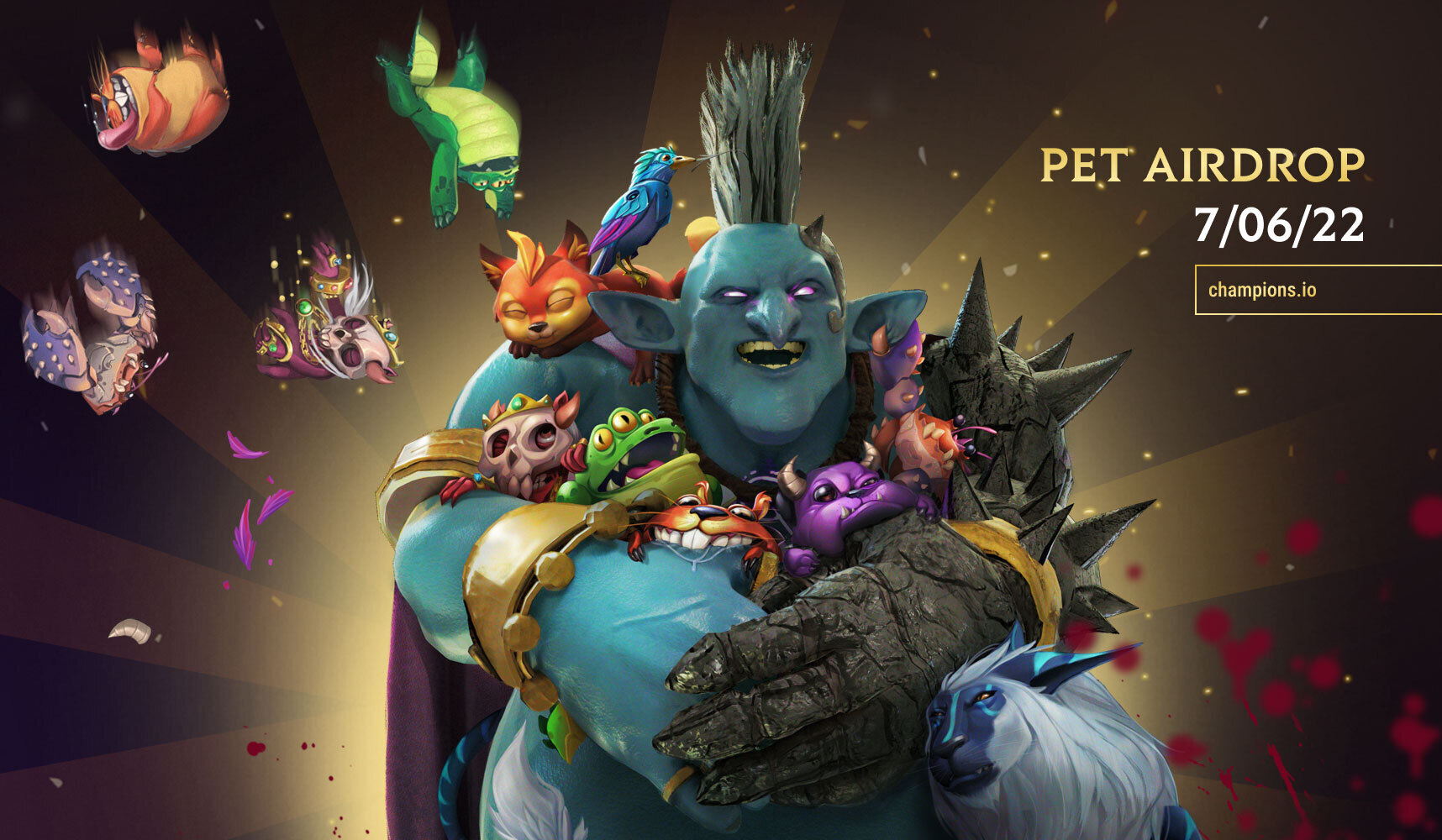 It can be lonely being a Champion. What every Champion needs is a Pet. And so, to provide a little companionship, Champions Ascension has airdropped Pets to holders of Prime Eternal NFTs, with bonuses for those who have held the longest. No action required! If your wallet qualified, then it already contains one or more Champions Ascension Pets!

The Champions Ascension Prime Eternals sale was not a sell out. But that didn’t deter the team. They simply closed the mint as planned and announced that the total number of Prime Eternals was now reduced and there would only ever be 7,622 rather than original 10,000. They even incorporated the event into their lore!

Prime Eternals are Founder NFTs for Champions Ascension, with many promised rewards and bonuses. Now, one of those rewards, free Pets, has been delivered!

The original plans was that each Prime Eternal purchased during the mint would be allowed to claim one free pet (with gas fees). But over time, those plans expanded, until by the time of the actual Pet release, claiming turned into an airdrop, and each Eternal was granted three Pets rather than just one! And while the bulk of the Pets go to the original holders, those who purchased Prime Eternal NFTs more recently were also rewarded.

Pets were distributed in large quantities, over 22,000 of them in fact! Basically, three pets for every Prime Eternal in existence. Pet distribution was broken down as follows:

So, anyone who minted and/or purchased early and have continued to hold their Prime Eternals for the past five months, received three free Pet NFTs!

Pets come in several types, or families — Geckoid, Cramster, Sumonot, Papiro, and Xiva. Each pet is animated and comes with several generative properties. Some of the properties are for visual effects only, while others will have an in-game effect. We don’t know many details about Pets yet, but they will provide both combat bonuses and world bonuses (to crafting for example). The Champions Ascension team has also implied that savvy Champions will want to have one of each type of pet.

What is Champions Ascension?

Champions Ascension is an upcoming gladiatorial combat game built inside a virtual world. Though the 3D combat is the original selling point, and the centerpiece of the game, Champions Ascension will feature much more. An open world where players can walk around and interact, crafting, breeding, land ownership, leveling up champions, an in-game marketplace, a staking system, and more!

Champions Ascension held an initial sale of Prime Eternals in early 2022. With only 7,622 in existence, Prime Eternals grant many benefits that other players won’t receive. This includes guaranteed land mints, special breeding options, early access, and, recently released, an airdrop of Pet NFTs. Prime Eternals are generative NFTs with varying attributes that function as in-game characters and as profile picture NFTs.

The game is still in early development but expects to have a world demo up later this year.