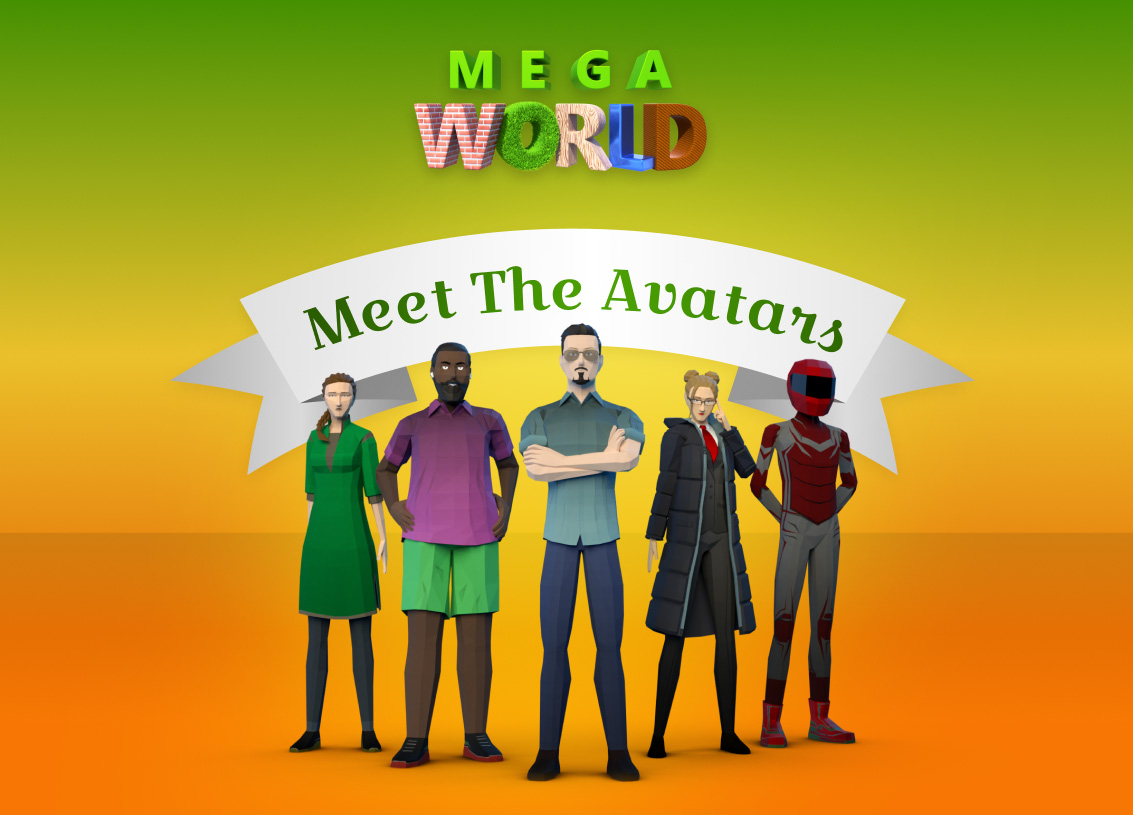 Megacryptopolis 3D continues its transition into Mega World with an important release, Avatars. After kicking their new economy to gear with a phase one release just a month ago, Mega World now remakes its Citizens as Avatars. Every Citizen in Mega World receives a new look, a set of traits, and the potential to double as both a profile picture and your in-game avatar!

Though we can’t actually inhabit our Avatar / Citizens in a 3D world yet, Mega World is moving in that direction. This latest release brings us the ability to see our Citizens in upgraded form, with more detailed looks. In addition, all Citizens now have a selection of traits. Mostly good, sometimes neutral, sometimes negative. These traits can be cosmetic, affecting the basic look of the Citizen. Or they can change how effective the character is at various game actions.

Every existing Citizen has been given a selection of Traits based on their generation. Gen A Citizens can have 10 traits, Gen B Citizens nine, and so on down the line. The Traits come in a wide variety, with some rarer than others. They are color coded based on rarity. Yellow for a negative trait, gray for common, blue for rare, pink for epic, and orange for legendary. The Traits each have their own effect, which can be seen by clicking on it. Some change the Citizen’s appearance, some affect productivity, and others alter quests or the Citizen’s stats.

Along with the updated Citizens comes a new breeding system as well, though it’s not active yet. Players pair Citizens of two different genders together in a Residential building. Then, with a payment of WORLD tokens and some time, a new Citizen will be created, inheriting its traits from the parents. There is also a small chance that the ‘child’ Citizen could end up with a rare or unique Trait. However, each succeeding generation has fewer maximum traits. This gives extra value to earlier generation Citizens as the more Trait slots the child has, the more chances for a special Trait to appear.

The player can also choose any Citizen in their portfolio to create a profile picture. The player can turn the avatar as well as adjust the height and background of the photo and then save the image for use in a profile. It would be nice if this connected directly to the game and we could set our in-game profile picture with a mouse click. Hopefully, this functionality will come with a future update.

Citizens have base outfits, which can be affected by certain traits, such as Elegant or Fashionable. In a future update, players will be able to customize their Citizens’ clothing in Commercial buildings. For a fee, of course! The Mega World team also plans to introduce wearables. Some of which may be useful tools in-game. For example, an axe to cut trees.

What is Mega World?

Originally known as MegaCryptoPolis, Mega World has set their sights higher than the multi-player, city management game they began as. Players own, construct, and improve houses, offices, and factories. Citizens work jobs, and factories produce resources, creating a basic, interconnected economy. The team is currently remaking the city into a virtual world, complete with 3D avatars, quests, and player-owned apartments that can be decorated. The game uses an internal wallet for most transactions. Mega World is playable in a web browser, desktop, or mobile. The game is available on both Polygon/Ethereum, and the Tron networks.

They recently released phase one of their new economy and converted Citizens into Avatars as they build up to the full release of their virtual world.