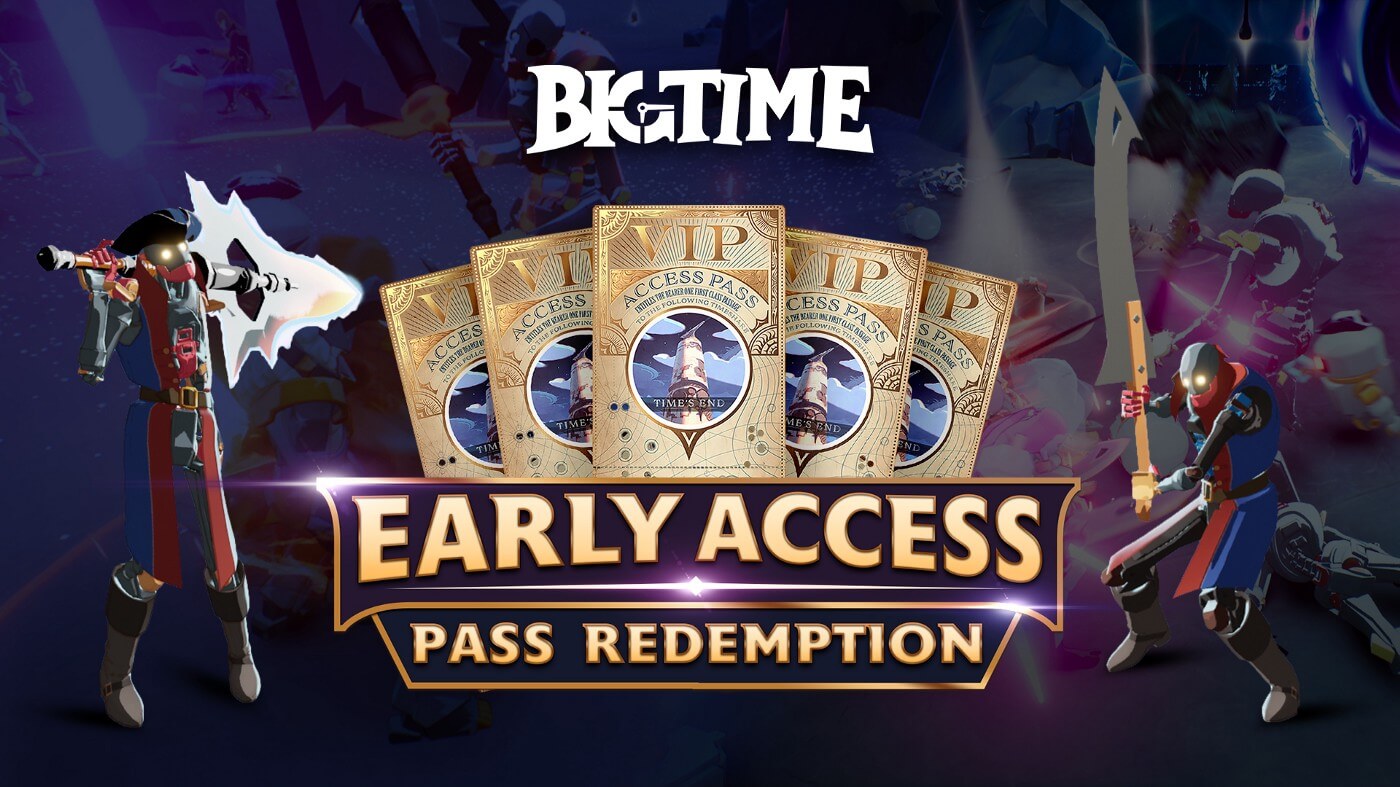 Big Time Studios, the creator of the highly anticipated action RPG game Big Time, has announced their early access launch schedule for Gold Pass Holders. The Gold Pass redemption will start on April 19, 2022 and players will be able to access the first beta version of the game.

There are 4 types of VIP passes in Big Time – Gold, Silver, Jade and Ruby. The passes were sold $499, $299, and $179, respectively. Ruby Passes are not being sold but given away to active members of the community. The passes can now be purchased on OpenSea or on the Big Time marketplace.

The early access pass will allow players to access limited edition features and exclusive NFT drops. There are four tiers of the Early Access Pass in respect to the VIP passes, which are as follows:

How to buy and redeem your Big Time Early Access Pass?

Big Time is a blockchain-based RPG game that requires you to join a team and hunt monsters. The game has unique in-game items such as customized weaponry and clothes.

Big Time has a system known as Timelines which allows you to level up a character in multiple classpaths. There are three classes Warrior, Chronomancer, and Shadowblase. Players can get new equipment, mounts, pets, titles, ranks, etc., throughout the game. Players can customize their time machine, travel around the map, and collect NFTs every time the team completes a milestone.

The game’s storyline is based on a mission to fight famous historical figures and uncover a mysterious threat. You can trade NFTs with other players in the game with items bought from the marketplace. The game will be available on PC in early 2022.