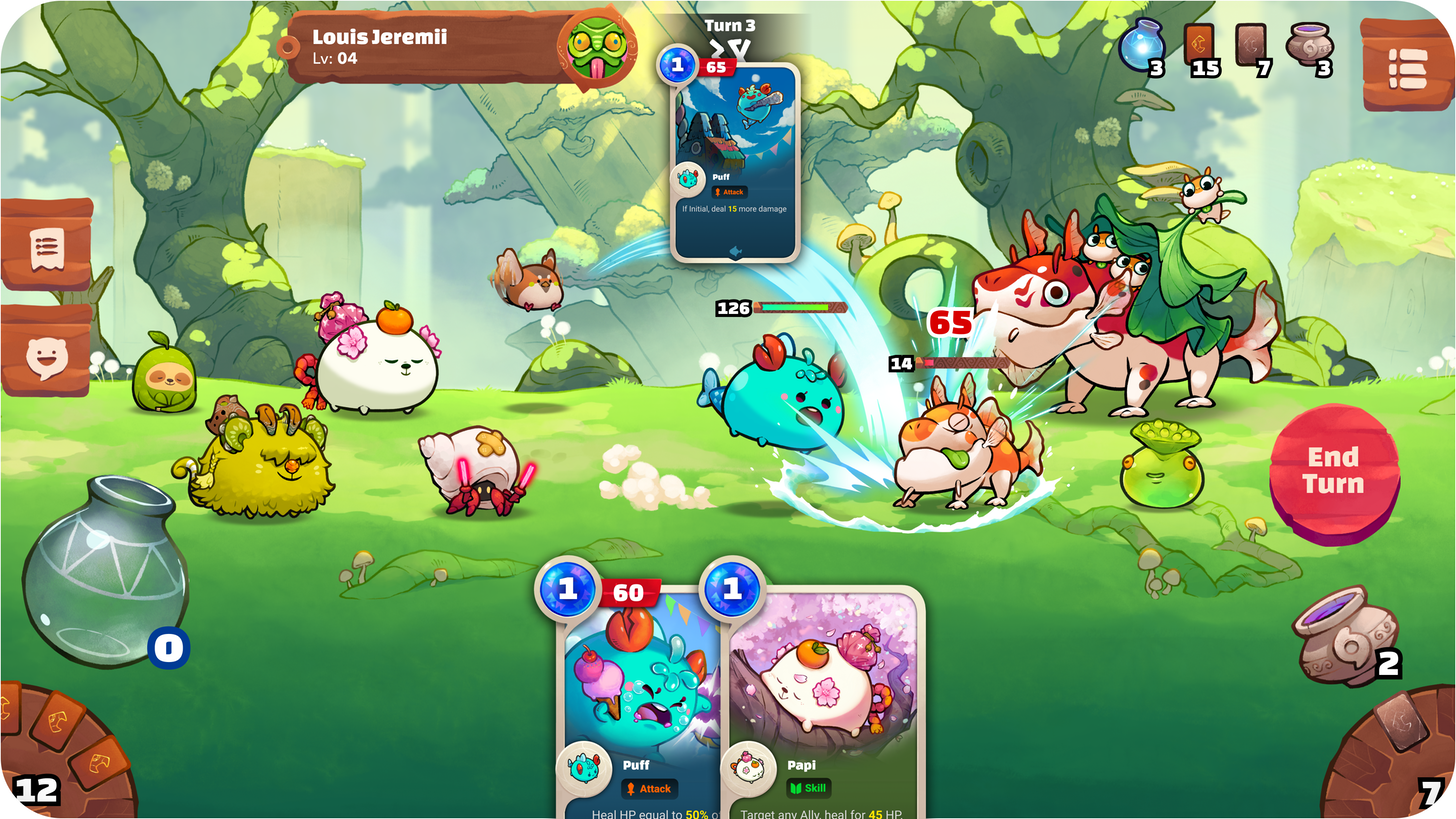 Sky Mavis confirmed their intention to release the first alpha of Axie Infinity Origin, the new, revamped version of Axie Infinity, in March 2022. The Alpha will only serve as a testing ground, and all items and rewards earned while playing it won’t be kept in the official release.

Axie Infinity Origin will offer players a completely new experience, but some SLP burning and price control features are already live in the v2 launcher, the one players currently fight on.

SLP started to rise again as players won’t be earning any SLP from PvE anymore. The only way to earn SLP now is to compete in the arena and climb the rankings of the current season.

In addition to this change, SLP burning mechanics will be implemented in Origins, specifically with the release of runes and charms.

Runes will give Axies passive abilities, while charms will enhance abilities they already possess. Both will be crafted off-chain using moonshards, the new in-game currency. The most powerful runes and charms will be minted on-chain by burning SLP.

In the latest newsletters from Sky Mavis, the team presented Buba and Olek, two of the three starter Axies new players will be able to choose from when starting a new game.

Starter Axies are not NFTs, cannot be traded, and can’t earn SLP in any way. They’re meant to teach newcomers how to play in all modes, and they can fight in the Arena.

These Axies are completely free to use, and although there are only three to choose from at the beginning, there will be more to discover and train in Adventure mode. A small storyline will lead you to discover and use new free Axies.

Following the latest trend of updates in Season 20, Axie Infinity Origin is getting a lot of changes, with the main objective of making the game smoother and simpler to pick up for new players.

Axies in Origin will attack as soon as a card is played. Rather than picking their cards all at once at the start of the round, opposing trainers will take turns deploying them in sequential order. Trainers will be on the move at all times, either playing their cards or watching their opponent’s actions.

The sequential order makes some Axie stats, such as “speed”, irrelevant in the new gameplay. Axies in Origin will simply have Hit Points (HP).

Unused Energy and Cards will no longer accumulate across turns by default during battle, and there will be plenty of new mechanics rewarding or penalising trainers for retaining cards.

Axie Infinity Origin will introduce new battle cards for ears and eyes, and all abilities will either be used to attack or defend. Cards won’t have an attack and defence value anymore.

Last but not least, critical hits will be a thing of the past. A new stat, called rage, will be introduced. Random critical hits won’t be possible, and rage must be used as a strategy throughout the turns.

Sky Mavis is hiring and expanding at a breakthrough speed. Their newest newsletter also shed light on their plans for Lunacia’s land play and upcoming PvP tournaments.

Although it is still too early to say, Lunacia will more than likely be a 3D land game. In the first release, there will be no fights, and the team is working on adding NPCs.

The new gameplay is still in the workings, and will only be available to trainers that currently own lands in Lunacia.

In the future, land play will allow players to earn AXS, the governing token for Axie Infinity. Existing Axies will be able to join in the land play, as Axies are your entry ticket to all experiences in Lunacia.

The crew at Sky Mavis is laying the road for a hopeful future, quickly shifting towards a play-to-earn game that can be entertaining, engaging, and profitable for everybody, with a freshly discovered spirit of creativity and huge advances in the gameplay, burning mechanisms, and marketing strategies.

What is Axie Infinity

Players use SLP to breed new Axies. In addition, parent Axies can only produce offspring a limited number of times. Earning SLP tokens has become a source of income for many people in countries such as the Philippines. Third party organizations like Yield Guild Games are building tools and communities to create true play to earn potential. Loaning out Axies in the form of ‘scholarships’, has become an accepted way to generate value for the Axie owners while also providing play to earn opportunities for those who may not be able to afford an Axie team on their own.

Having already grown to over 2.9 million players, expect Axie to remain in the news, especially with land gameplay on the horizon! If you want to get started with the game, check out our Axie Ifinity guide and review.