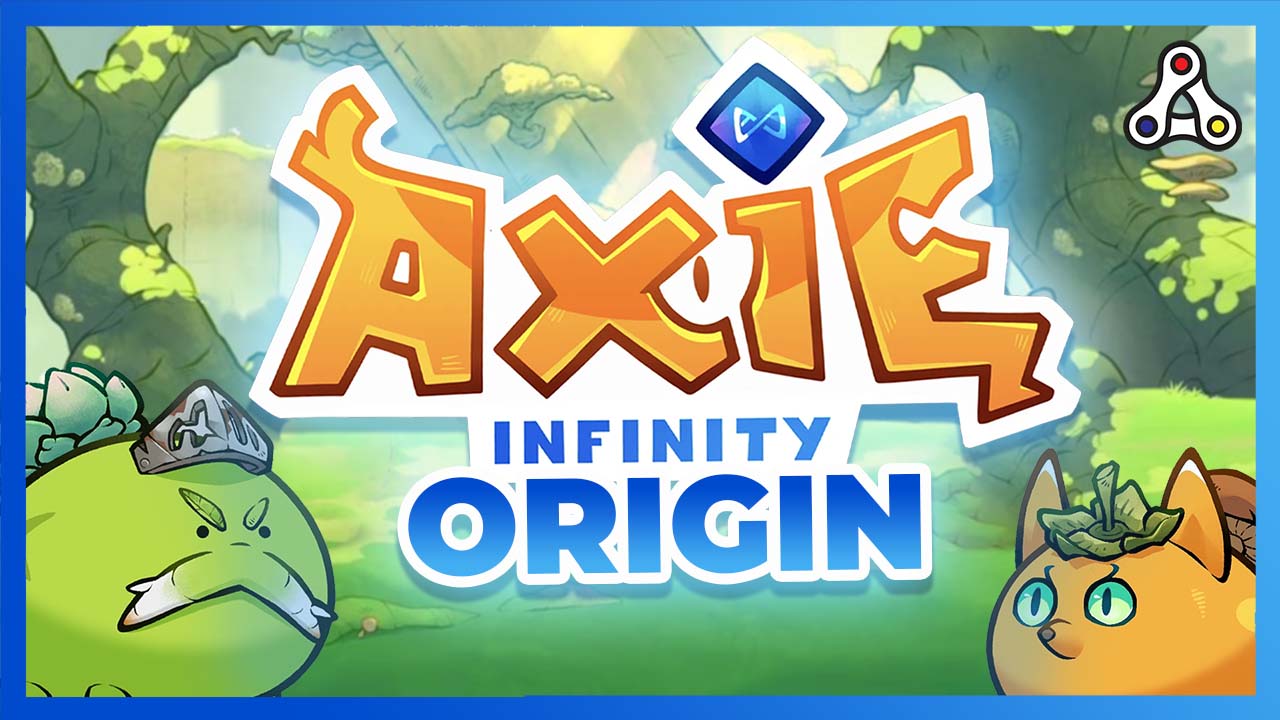 The so-awaited moment for the whole NFT Gaming community has arrived! Axie Infinity Origin in its test phase is here and with this big update, everything changed! Doesn’t really matter if you were skilled in Axie Infinity V2, Origin is a whole different game!

Axie Infinity is the most popular NFT game in the industry with an average of 2.7 million active players per month. In Axie’s world, you play in 3vs3 matches, with your Axies which are pókemon-like creatures and NFTs, against another team composed of the other 3 Axies. By winning, you earn $SLP, their utility token,  and by getting in the top 300,000 at the end of each season, you also earn $AXS,  their governance token. Besides this, you can also play in adventure mode against the computer.

The other major issue of Axie Infinity is the price action of the $SLP token. With huge inflation and constant selling pressure, the price of $SLP keeps dropping.

Axie Infinity Origin solves both of these problems. The new graphics are much better, the gameplay is more fun.  The introduction of $SLP sinks should also reduce the selling pressure on the token.

That’s why the Axie players community and the NFT gaming community as a whole were so eager to see this new version in action.

Now that we know more about Axie Infinity and its current problems with its former version V2 let’s jump into the Origin preview and see what changed!

What changed in Origin?

I am not sure if we can ask what changed if it’s a completely different game! So, let’s do a list with all the new features currently available in Origin.

As you can see it is a completely different game and it will take a bit of time until we learn all the best strategies, team builds, team synergies, best runes, and best charms.

There are also some important updates that will come out later that will affect the economy in a positive way either by requiring that you release Axies in order to get materials or that you burn $SLP like:

Origin brought the change we needed in Axie Infinity but can’t see yet the effect this will have on the economy, since we are still in a testing phase.

This means that you won’t earn anything, and your progress will be reset when the final version will launch.

When it comes to the gameplay, it looks like team building became way more complex but the combat itself became simpler.

Personally, I had fun playing and find it much more engaging than the previous version V2, and have now a bit more faith in Axie and its future.