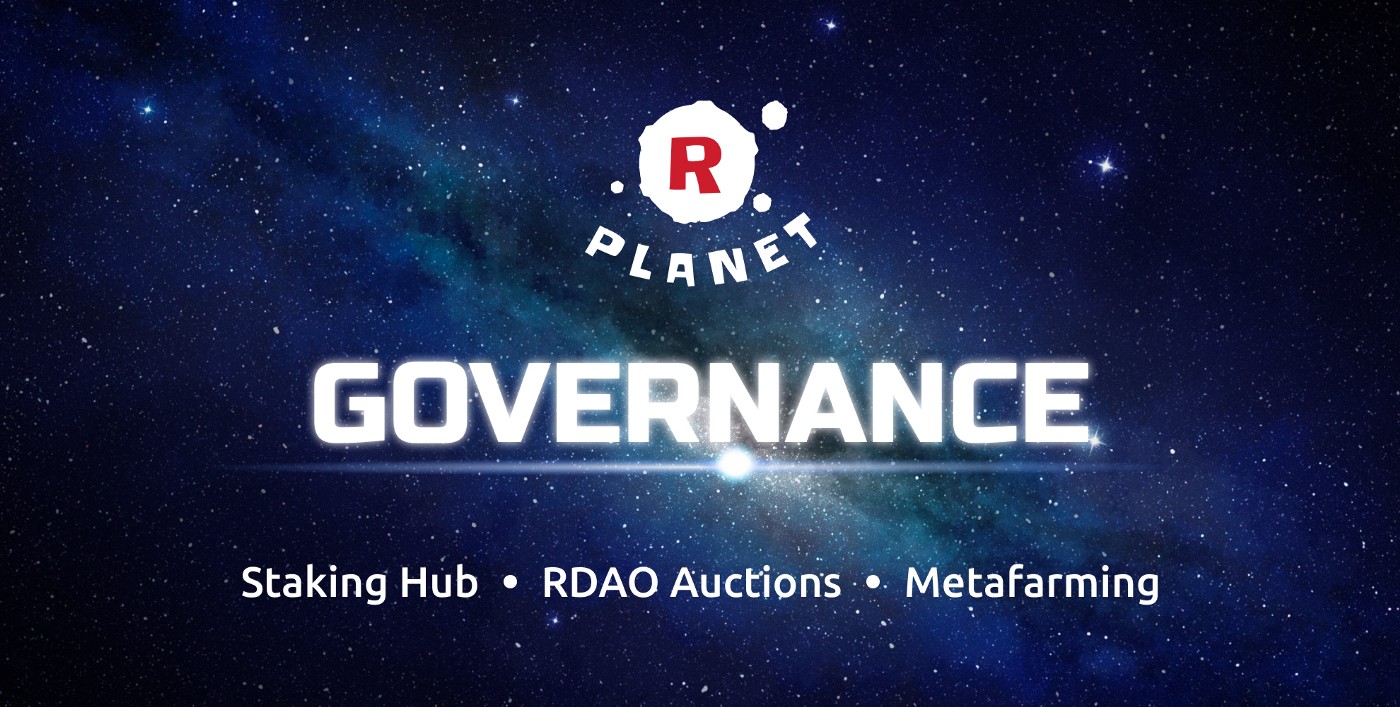 Not long ago, R-Planet provided some information about their plans for a reboot to their staking system. They also introduced their RDAO token with an airdrop. Now, R-Planet reveals more details about their new economy with reduced AETH generation from Elements, staking programs for earning RDAO, and the ability to burn Element NFT cards!

On February 15th, R-Planet launches their ‘Big Update’. This includes a new Staking Hub, RDAO auctions, and Metafarming (liquidity pools). Following up on the 19th will be changes to mining rates for Element NFTs. And then, in mid-March, the total supply of AETH will be reduced to 1,500,000,000,000 (1.5 trillion). Once the supply limit has been mined, there will be no more AETH mining. Hopefully the team will figure out some other use case for Rigs and Elements before then!

This phase introduces the ability to burn Element cards. In return for burning an Element NFT, players acquire APH, or Aether per hour, tokens equal to the mining power of the card. Why would anyone want to burn Element cards? Well, primarily because their Aether generation rates are being cut dramatically. Common Elements see their AETH generation rates cut by 60%, while Mythics drop by 95%! That’s a lot less AETH production. And the new APH tokens received from burning can be put into the pool for RDAO tokens.

For five days after launch, players can burn Elements for the old mining rates. After that, any burned elements use the new mining rates. I expect we will see a LOT of Elements burned during those first few days. Good news for Rig owners though. Aether production rates for Rigs remain unchanged. Will that return some of the value they’ve lost over the last nine months? Perhaps. I guess it will depend on how much competition there is to burn AETH for RDAO.

Speaking of AETH, the game will also introduce a claim limit. Players can only claim 10,000 AETH at a time, encouraging players to claim often. This seems like a rather arbitrary change and means that players will large collections will have to login many times a day to try and claim their AETH. They’ve added the ability for players to spend Aether to temporarily increase their claim limit, so I guess this is meant as a burn/sink mechanic for AETH usage. But, in my opinion, this is unnecessarily tedious and just encourages the use of scripts and bots.

After airdropping an initial round of RDAO tokens, R-Planet plans to implement Auctions and ‘Metafarming’ for acquiring more RDAO tokens.

RDAO Auctions involve adding tokens to pools. There will be two pools, one for Aether, and one for the new APH token. Every 23 hours, each pool pays out 5,000 tokens among all who contributed to the pool (distributed proportionately to contributions of course). At that time, the pools reset and burn all of their AETH and APH tokens. There will be 150 auction periods, for a total of 150,000 RDAO tokens. So aside from the initial rush to burn Elements, players have some time to pick a good entry point for contributing and earning RDAO tokens. It will be interesting to see how the pools play out after the first 5 days. Will players try to time their contributions to maximize returns, or will the pools be stuffed full for each payment period? 150 auctions is a lot!

RDAO can also be acquired through what R-Planet calls Metafarming. Basically, liquidity pools for AETHER/WAX and RDAO/WAX and a single token staking pool for the RDAO token itself. Anyone who has participated in DeFi will be familiar with these concepts. Users acquire LP tokens from DefiBox, and then stake those tokens on the R-Planet farming page. Both liquidity pools pay out 0.864 RDAO per hour until 500,000 RDAO are distributed. This should take about 200 days to complete.

The Staking changes, and RDAO token, and NFT burning are all great, but what about the Conquest game? Many players have been waiting for a long time to start building and battling robots using their R-Planet lands! Well, Conquest mode is still in ‘active development’. The implementation of the new R-Planet economy will hopefully allow the team to focus efforts on building out the gameplay that we have been waiting for.