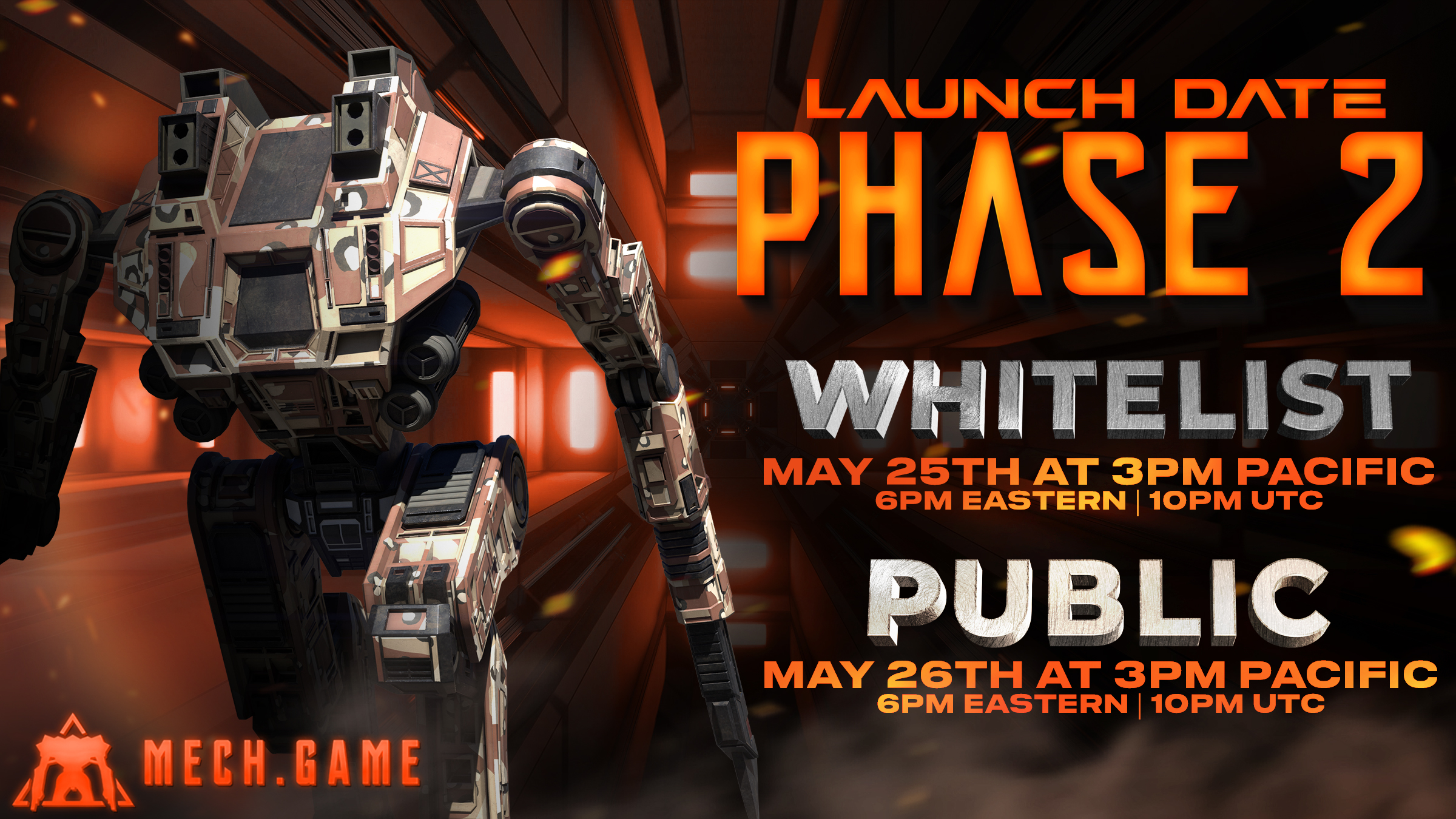 There is an empty void in the blockchain space where a game about giant robots fighting each other should live. Long a favorite theme among many gamers, the blockchain gaming world has not yet had a mech-based game make any sort of major splash. But that may soon change with Mech.Game. They sold over six thousand of their Genesis NFTs in phase one. Now they return with Phase 2 to sell the remainder and kickstart the rest of their ‘Mechaverse’. Let’s take a first look at this system of games featuring Mech NFTs.

After closing down their first mint round due to high gas prices, network congestion, and some other issues, Mech.game returns to finish the sale in phase two! The initial sale saw over six thousand of the Genesis NFTs minted, leaving 3700 or so left for this next round.

Mech.game follows the latest trend of generative game NFTs. With eight Mech models, thirteen traits, and sixteen upgradeable stats, the potential combinations numbers over 7 billion, assuring that every Genesis NFT will be unique. This founder’s collection of 10,000 NFTs includes 13 Legendary, 1-of-1 Mechs. None of the Mechs have been revealed yet, so anyone of them could be one of the elusive legendaries!

These initial NFTs, known as ‘Siduri Genesis’ Mechs, are considered founder NFTs, with many associated perks. First up will be a mystery airdrop after the Genesis sale completes. We don’t know much about these mystery NFTs, aside from the fact that they provide support functions for your Mech and won’t be minted again!

Secondly, Genesis Mech holders will get a free Stronghold mint. Strongholds are NFTs that are required to play and earn in the upcoming tower defense type game. There will also be whitelists for future drops, chances to buy game tokens, staking bonuses, early access to games, exclusive Discord channels, and more!

The team has several other NFT collections planned. This includes a “Stealth” collection whose release will be a surprise and includes “specialty” units. There is also the Siduri Survivor collection — 10k NFTs representing the last of the Siduri, the race who created the Mechs. And finally, a Stronghold collection, with each NFT representing a command center — used in the second and third games.

The Mechs for the NFTs are all 3D, high-detail, animated models. Unfortunately, while the models look great, the games planned for their use are not 3D environments. The team has three games in the queue. The first, described as Mech Fights, allows players to earn tokens in a PvE Arena or in duels against other players. Apparently, this game is just a simple, quick production to provide initial utility for the Genesis mechs.

The second game, a tower defense experience with some base-building mechanics, requires not only a Mech NFT, but also a Commander, and a Stronghold. All three NFT types can be traded and upgraded. Presumably, these will be sold in upcoming drops. Players earn $MECH tokens, $CREDITS tokens, NFTs, and experience from playing this game.

And finally, the big show, an MMO RTS game that copies the tower defense game into a multiplayer universe with land ownership, warring factions, and more. For now, the team is keeping additional details about this game close to their chest.

The teams to use two tokens — $MECH, a governance token, and $CREDITS, the game token. Players stake $MECH for rewards, use it as payment in the NFT marketplace, and vote on governance decisions for the Community Treasury. After the initial seed round sale, Genesis owners will have a chance to purchase $MECH tokens before they go on general sale.

The $CREDITS tokens, on the other hand, only have in-game uses. These include activities such as upgrading mechs, leveling up characters, and that sort of thing. There will be sales for $CREDITS tokens, but 45% of the supply is reserved for distribution via in-game rewards.

A percentage of both tokens goes to the team(s) behind the games, with vesting and/or unlocking periods. Be sure to read their whitepaper for more details about the token distribution.