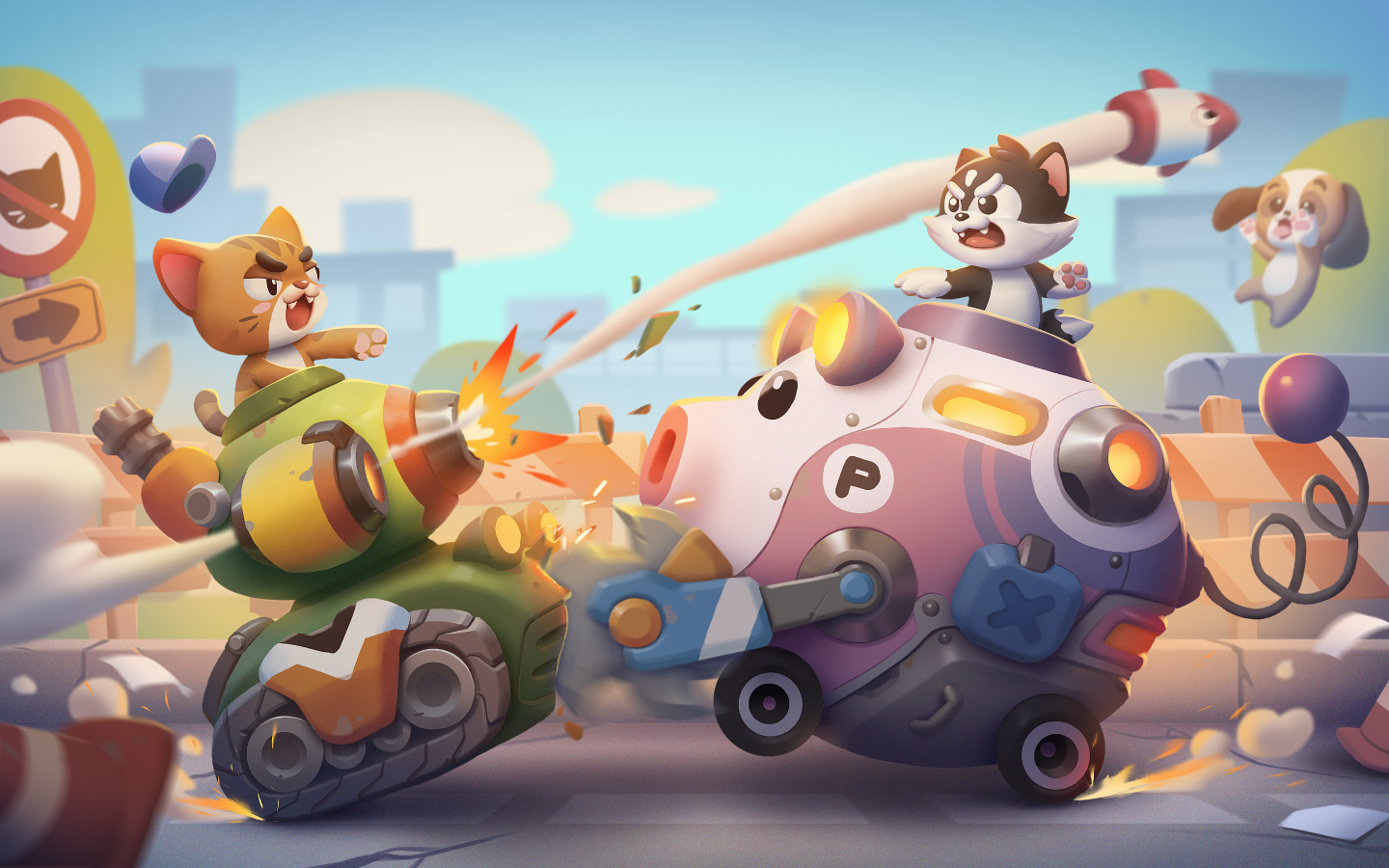 Registration Kicks off for Virtual Robot Fighting Game Krabots’ Open Beta. In the game, you compete for robot boxing glory and show off your engineering skills in a future city of cats and dogs.

In the latest release from the team at WHYDAH, players will enter the City of Krasopolis, set in the year 2112. Its inhabitants are cats and dogs, for whom robot boxing matches are the most popular form of entertainment. Competitors will put their engineering and building skills to the test in creating their own battle robots and competing with other players for glory, trophies, and fame.

Krabots is a game that rewards ingenuity, encouraging players to get creative as they craft their metal warriors.

Each robo-combatant consists of a body, two wheels, two weapons, and a driver in the cockpit to pilot the mechs on the battlefield. The game’s robust arsenal of equipment and weapons means nearly infinite permutations of fighting machines to build.

Krabots are assembled with either non-NFT or NFT components. During the gameplay, players can earn in-game currency and buy NFT boxes. NFT parts are typically stronger and more effective on the battlefield.

Krabots is an autobattler, and your tanks will fight for you on the battlefield. It’s a very similar concept to Cats Crush, one of the most popular games on iOS of all time.

Each team is made up of three Krabots, and they each fight until their HP hits 0. You can decide the order before initiating a fight. If you’ve never played before, the game will give you three random tanks.

There are PvE and PvP modes, with tournaments coming in the next release. Winning games in PvE will reward you with in-game currency, while PvP also allows you to climb the rankings on the leaderboard.

The higher your rank, the higher the rewards! Once your trophy count reaches certain set milestones, the game will reward you with the cryptocurrency behind the scene.

From our early gameplay phase, we can definitely say rotating blades are the most powerful weapon you can have, while movement-related upgrades (such as wheels) are not very useful in the early stages of the game.

The physics in the auto battling are still incomplete, and the Krabots will often turn on themselves and automatically make any long-distance weapon useless. Focus on upgrading your rotating weapons and saws!

KraCoin is rewarded for climbing the leaderboard and will be used to buy NFT parts and tanks in the upcoming marketplace. The token is also supposed to dominate the decisions of the team through staking.

The game also features KraGold, an in-game currency to reward players for winning games in PvE and PvP. Gold can only be used to upgrade components. It’s not a cryptocurrency and does not rely on the blockchain.

How to Join Krabots Open Beta

The registrations for the Open Beta are open as of the 12th of July here: https://forms.gle/sYrFwTrMHDxkRmgFA

Players who pre-register for Open Beta (Testnet) get a chance to win Krabots NFT (delivered in Mainnet).

The Beta is available for iOS (through Testflight) and Android. Installing the game is a straightforward process once you’re approved in the Open Beta.