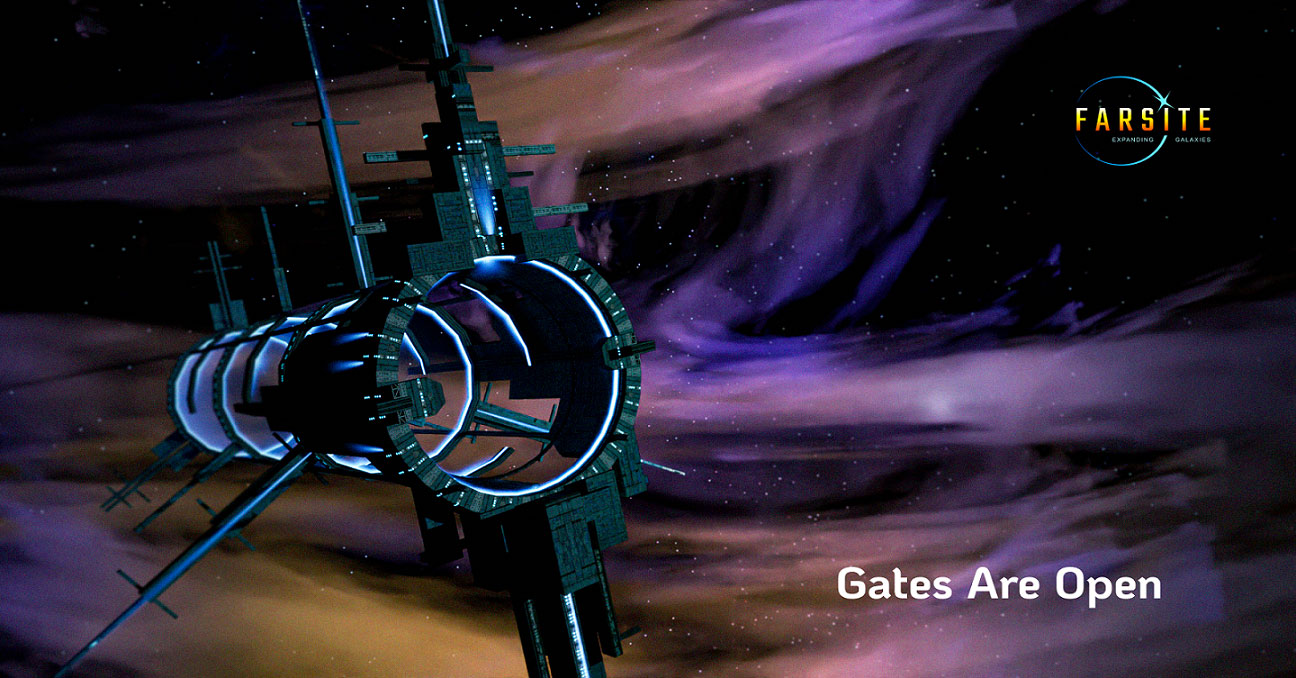 Back in December of 2021, Farsite launched their pre-alpha, allowing players who owned Sectors, the ability to begin producing resources. Over the succeeding months they added player flight between systems, cargo transport, factories, advanced resource production, an in-game marketplace, and component construction! With several additional features ready to push to production, Farsite prepares for its official alpha launch on June 21st, 2022.

A game economy can be simple or extremely complex. In the case of Farsite, it’s apparent that the team plans for meaningful complexity in their space MMORPG. We already have resource production, refineries to create secondary resources, factories to craft components, and soon, the means to put it all together into ships and modules! All of this, with the addition of limited storage and local markets, provides the foundation for an economy with many specialized roles for players to fill.

And though we don’t yet have all of the economic pieces yet, the upcoming launch of the alpha is a huge milestone for Farsite, one that will see the player-driven economy move into a different gear.

Alpha launch is planned for June 21st, 2022. Players with blueprints, resources, and factories can begin to craft ships and modules for the ships. This should provide a much-needed demand for resources. Resources that must be transported to the home station to sell. And though there is only one market, on Homestead station, future plans include additional, player-built stations, each with their own local market, creating a network of trade routes and arbitrage opportunities for traveling traders.

For those who don’t own a Sector, alpha brings the chance to scour the systems for asteroids and comets. Find those valuable resources, harvest what you can, and pack them into cargo storage for sale back at the station. Spend Credits for bigger ships, more cargo capacity, or defenses.

With the alpha launch comes an important Credits sink — FTL travel fees. Passing through FTL gates will no longer be free. Pilots must pay a fee in Credits to pass through. To help players navigate through multiple star systems, the game will also include an FTL Route planner, allowing players to pre-set their flight course. We’ll also see an interesting shift with the implementation of cargo capacity. Storage is no longer unlimited, forcing players to make decisions with cargo transportation, resource hoarding,

Given the complexity of a space sim of this sort, the Farsite team also plans to introduce tutorials, known as the Pilot’s Academy, to help new players understand the game.

This launch doesn’t provide free-to-play options, unfortunately. Players must own a ship to play. Future features include contracts (hauling, bounties), player-owned stations, new systems and planets, anomalies, and system governance by players! The official documentation includes factory rentals, so ship rental may find its way into the list as well.

Farsite boasts an interesting feature called Credit-backed NFTs, or cNFTs. Every Ship and Module is a cNFT. This means it is backed by a certain number of game Credits. At any time, players may burn cNFTs to destroy the NFT and receive the Credits. This feature guarantees that every cNFT always has a minimum value and provides a useful burn mechanic for excess NFTs.

The game is currently in pre-alpha, with alpha scheduled to start in late June 2022. Pre-alpha is PvP free, allowing players to accumulate Resources and build up infrastructure before the conflict is unleashed upon the galaxy.