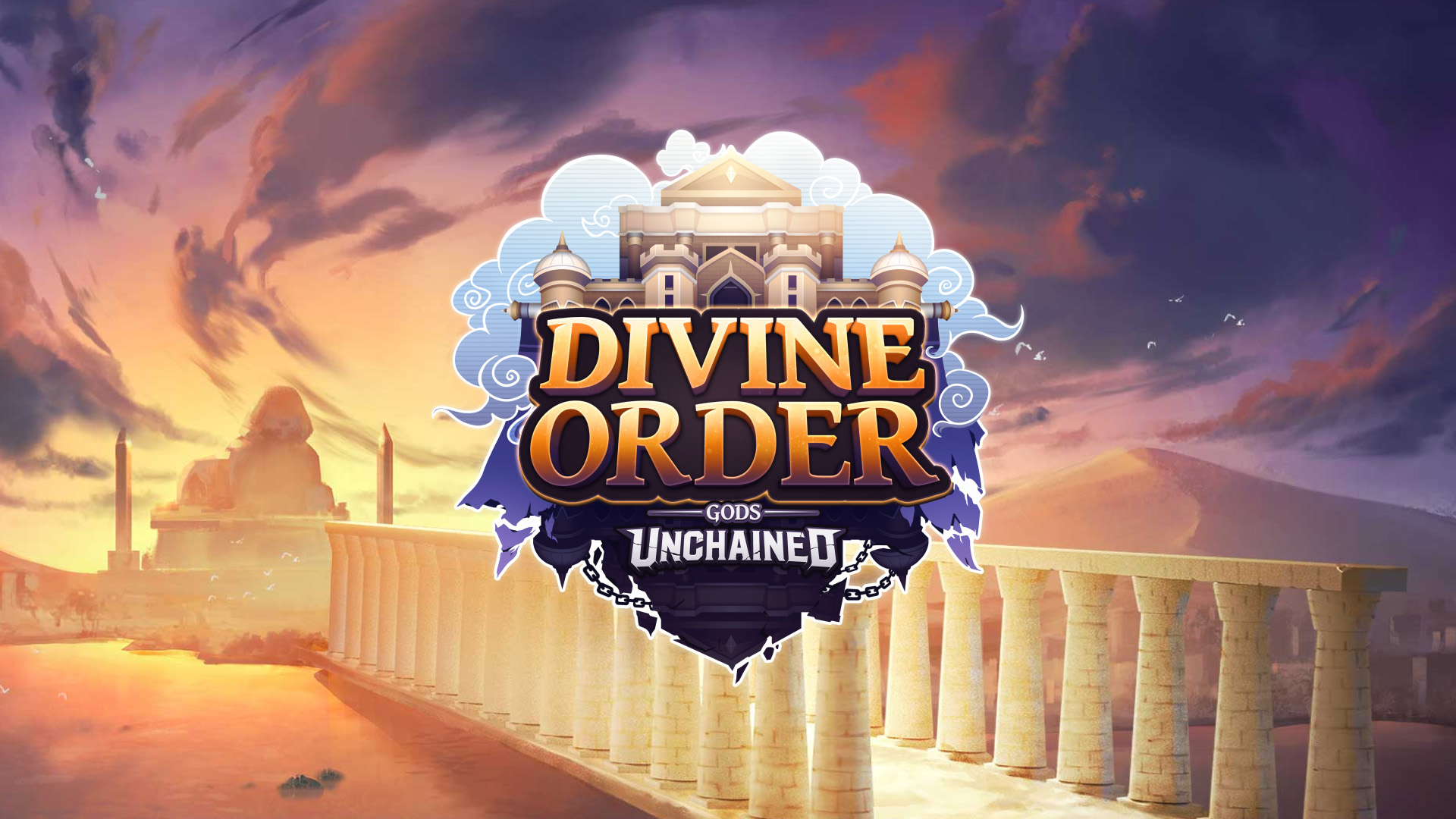 The runs for all expansion packs of collectible card games must come to an end at some point. And the end point for Divine Order, the third card set for Gods Unchained, has been dictated. On May 19th, 2022, Divine Order packs will be removed from the official market. Then, only Mortal Judgment packs will be for sale. At least until the next expansion!

Just a couple of weeks left to purchase Divine Order packs. After that, any purchases of Divine Order cards will only be available from third party sellers on IMX or Token Trove. The cards are locked. No more changes will be made to the Divine Order cards. And they have already been removed from the rewards pool for the weekend ranked.

Prices range from $2.49 for a Rare pack, up to $149.99 for a Shiny Legendary pack. And though the two previous set releases, Genesis and Trials of the Gods, both offered chests, tradeable NFTs that represented a group of six packs, it seems this option won’t be available for Divine Order.

Divine Order brought a number of new game mechanics — Order, Armor, Frenzied, and Blessed. These, along with 190 new cards, and a revamp of the God Powers shook up what had been a very stale meta for a very long time. Since then, Gods Unchained has released another expansion, Mortal Judgement, expanded the list of Core cards, and made numerous changes to existing Core cards.

Mortal Judgement, the most recent expansion, is also shaking up the meta. However, this set is still in the balancing phase. Meaning that the cards for Mortal Judgement can, and will be changed.

Free to Play and Play to Earn

Gods Unchained is one of a small class of truly free to play, play to earn games. There is absolutely no cost involved to get started with Gods Unchained. No setup fees, no token transfers, no NFTs required. All a player needs is an account. After that, just download the launcher, and start playing. Gods Unchained includes a selection of free starter cards and several pre-built decks to help players begin.

Once they start playing ranked matches, players very quickly begin earning packs of Core cards. Use these to tweak your decks, move up the ranks, and play on the Weekend Ranked. It shouldn’t be long before you’re earning Mortal Judgment packs, each of which contains five cards that can be immediately sold on the market. Players can also receive GODs tokens as rewards. Though transferring the tokens out and converting them into another currency does incur fees, players also have the option of using their GODS tokens on the Immutable X marketplace to purchase Gods Unchained cards or NFTs from other projects.

Aside from that, Gods Unchained players may also Fuse two Core cards of the same type into one Meteorite version, which can be sold on the markets. These features, and the zero cost entry, put Gods Unchained into a very small group of blockchain games that offer true, play and earn opportunities.

With three card sets under its belt and a fourth in the balancing phase, Gods Unchained has a wide variety of cards for different playstyles. Gods Unchained currently sells packs for Mortal Judgment. Players can buy and open packs from the official site. Secondary sales are available on IMX and Token Trove.