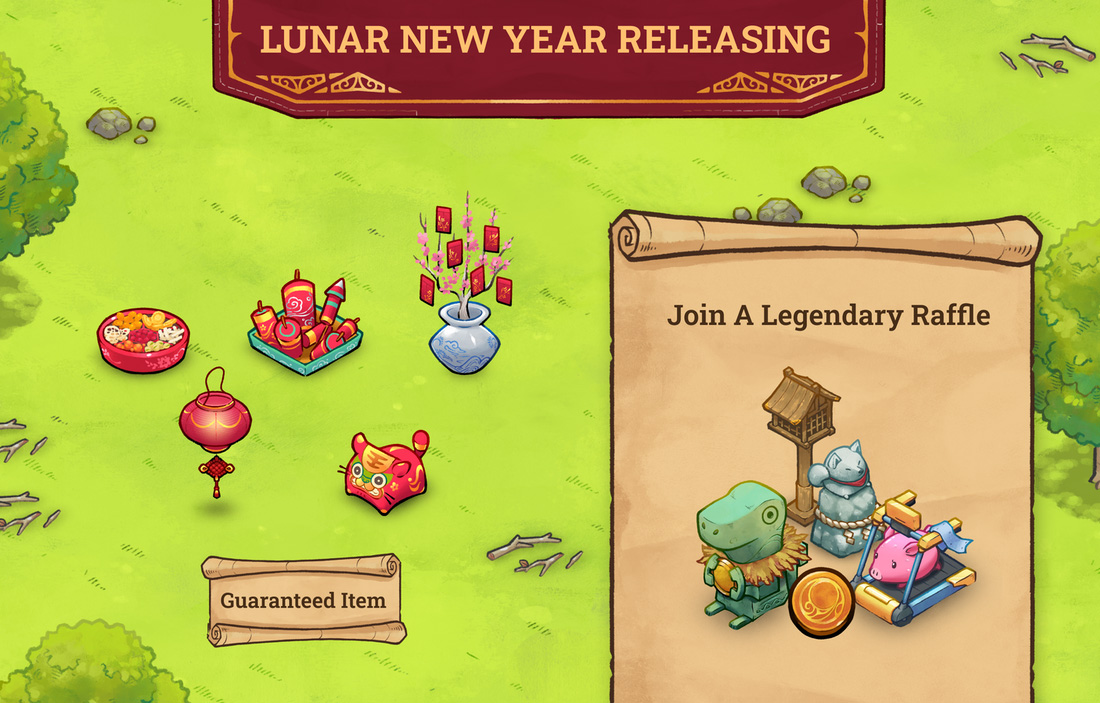 If you love something, set if free! At least that’s what the old adage suggests. In Axie Infinity, granting freedom to your Axies could prove to be lucrative as well! Axie just opened up their Release feature, a way to burn Axies and receive special, limited-time rewards in return!

Any game that has a feature that results in an endless creation of NFTs needs to also have a way to reduce the supply as well. And while some Axies will always retain their value, others often end up sitting in wallets or on market shelves for eternity. Not all Axies are created equal. But now, owners have the option of freeing their Axies, letting the former pets choose their own path forward.

In return for their freedom, Axies send back exclusive Lunar New Year items to their former owners. These cosmetic items function as Land decorations. They are the common Assorted Firecrackers, Traditional Snack Box, and Blossom Tree, and the rare Lucky Lantern and Crimson Tiger. These are all exclusive, limited-time items! Even though some of the items share rarities, that doesn’t necessarily mean they show up with the same frequency. Here are the odds of receiving each gift type.

Each Axie released guarantees one of the five items and also an entry into a special raffle. The raffle winner receives 5 Axie Origin Coins (AOC). These five coins can be exchanged by the lucky owner for one Origin Axie! Other prizes include 10 Kitsune Mystic land items and 100 Epic land items.

I’m sure this announcement is hailed by Axie breeders around the world! Adding a burn feature to a what is otherwise an endless supply of Axies is an excellent long-term move for the ecosystem. And while this event only runs for 1 month, from January 20th, 2022 until February 20th, 2022, expect to see more like it in the future.

To release your Axies, head over to the official event site.

Axie Infinity is a creature battler and breeding game. Originally on the Ethereum network, Axie Infinity moved to the Ronin sidechain in 2021, and launched a staking system for their AXS governance token. In the game players use 3 Axie NFTs to battle opponents in PvE and PvP, earning Smooth Love Potions (SLP). Players use SLP to breed new Axies. In addition, parent Axies can only produce offspring a limited number of times.

Earning SLP tokens has become a source of income for many people in countries such as the Philippines. Third party organizations like Yield Guild Games are building tools and communities to create true play to earn potential. Loaning out Axies in the form of ‘scholarships’, has become an accepted way to generate value for the Axie owners while providing play to earn opportunities for those who may not be able to afford an Axie team on their own.

Having already grown to over 2.9 million players, expect the community to continue growing, especially with land gameplay on the horizon!