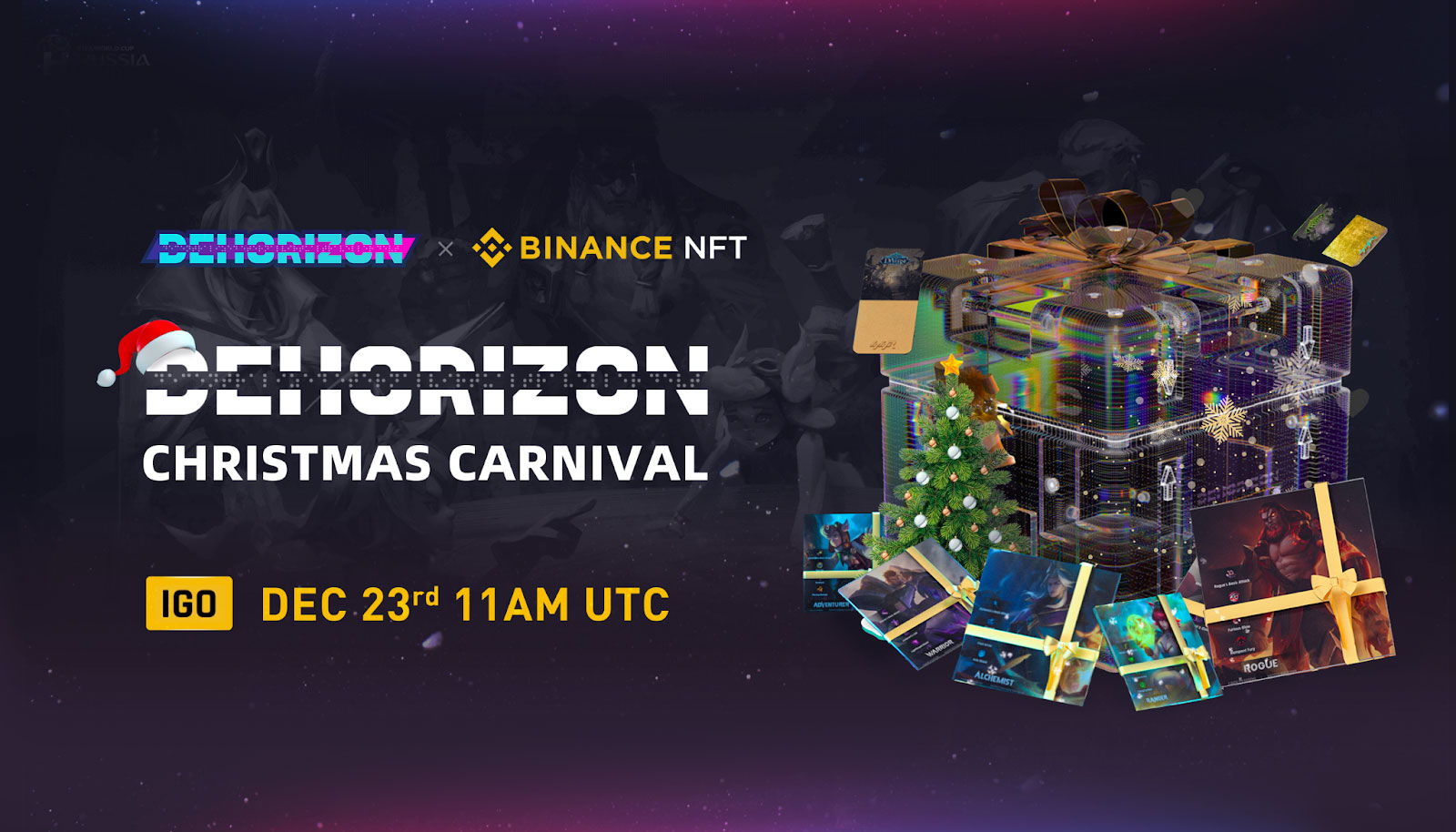 EVM-based DeHorizon aims to build a robust metaverse focused on interoperability, sustainability, and community autonomy. The eventual goal is to have a bustling metaverse filled with player-created projects that have embraced GameFi, SocialFi, NFT mechanics. Launching the DeHorizon IGO is a significant step towards that goal. With the festive atmosphere around Christmas, DeHorizon IGO will award players with exclusive in-game NFTs.

DeVerse is a specific team battle game that takes place within the broader DeHorizon metaverse. Combined with two other games DeTournament and DeQuidditch created by the developers, this offering will create the pioneering foundation for the future of DeHorizon that includes player-created games. The project’s litepaper discusses how the play-to-earn mechanics focus on rewarding players for winning battles and a variable reward based on how many rivals were defeated.

What Will I Get in the DeHorizon IGO?

DeHorizon IGO will be launched on Binance NFT Marketplace on Dec 23 2021, 11:00 AM UTC. The Mystery Boxes will contain random in-game NFTs. The NFTs come in different rarity levels: N (Normal), R (Rare), SR (Super Rare),SSR (Super Super Rare). Getting a Mystery Box means you will have the opportunity to get the internal testing ticket, hero NFTs (known as Numen) or in-game buff items. Each NFT is priced at 199 BUSD.

In order to battle other players and start earning, Deverse requires you to have a Numen NFT as well as an in-game ticket. Each Numen has its own characteristics and advantage in the game.

There are 5,380 mystery boxes prepared for sale, including 162 mystery boxes reserved for Binance community. Every user can only buy one.

Here is the list of the NFTs that can be found in the Mystery Boxes.

In addition to the NFTs, players can purchase DEVT, which is the governance token of the DeHorizon metaverse. The token is already listed on multiple exchanges such as OKEx, ByBit, Gate_IO and KikitradeHQ.Anyone interested in getting involved with the project should watch the project’s Twitter account for additional details about the upcoming IGO.

DeHorizon is an ambitious EVM chains based project with its sights set on becoming a next-generation metaverse game ecosystem. A prime focus of the project is allowing for interoperability between EVM-compatible chains.

The metaverse will be built in two notable versions, 1.0 and 2.0. Version 1.0 is currently being developed and will focus on three games with GameFi and entertaining mechanics. This incarnation of the metaverse will create the foundation and build the community to support Version 2.0.

Currently, DeHorizon is also hustling on their DAO launch and the first election of DeHorizon DAO Committee.

Binance NFT, the official NFT marketplace of Binance, offers an open market for artists, creators, crypto enthusiasts, NFT collectors and creative fans around the world with the best liquidity and minimal fees.