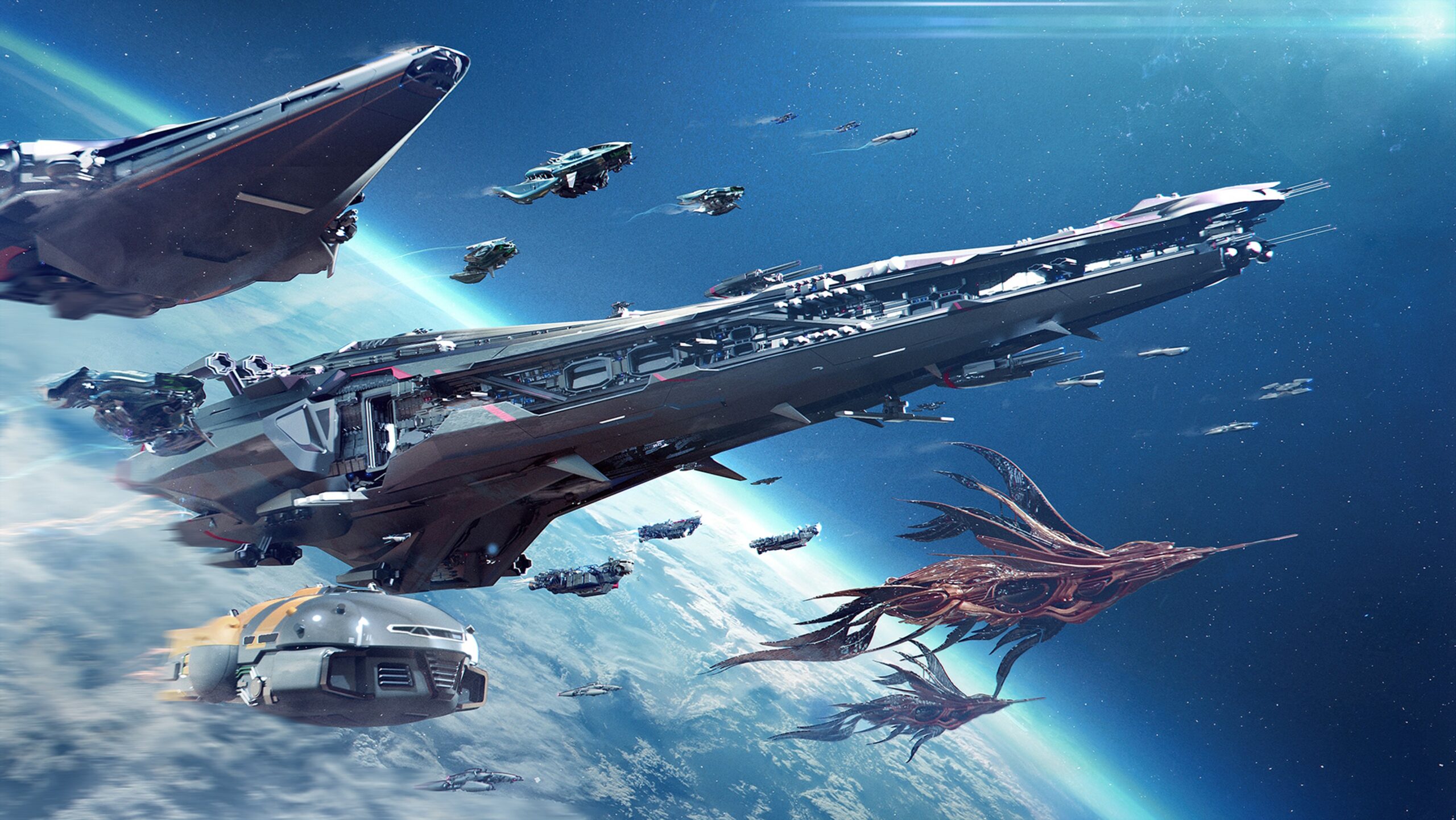 Space exploration metaverse Star Atlas has formally launched SCORE, a new way for players to earn with their spaceship NFTs. SCORE is the first element of on-chain gameplay and is setting the groundwork for future development. Players can now stake their spaceship NFTs to generate ATLAS, the project’s token, for as long as the ship has resources.

Solana-based Star Atlas launched its first taste of gameplay on December 16h, 2021. According to the Medium post, SCORE signals the beginning of interoperability on Solana. This update lays the groundwork for upcoming game mechanics with further complexity that are discussed in the project’s roadmap.

The new update is the first example of how players will be able to earn within the Star Atlas ecosystem. It makes use of the expanded Galactic Market and adds something to do every so often.

Some players were disappointed with the level of actual gameplay included in the update. While a valid complaint, it’s important to remember that this is a small step and not the end of the journey. Players can now actually earn ATLAS rather than having NFTs sitting idly in their wallets.

How do you earn with your ship NFTs? What is SCORE all about? Let’s get into it.

How to Earn with SCORE

Short for Ship Commissions on Remote Expeditions, SCORE allows players to create a fleet out of their ships, supply it with resources, and earn ATLAS. Here’s what it looks like in action:

Resources are consumed as the ship explores the galaxy and generates ATLAS. You will see the amount of ATLAS that your fleet will earn each day, provided that it is fully stocked with the required resources.

My modest ship generated 0.939 ATLAS while it was fully powered. That might not be impressive based on current ATLAS prices, but it’s more than it was generating before this update. It also earned more than was spent on resources, but considering it’s a player-run economy that may not always be true, so be aware.

Head to the official Star Atlas app and visit the new “Faction Fleet” tab to get started. Anyone who had a starship NFT during the December 22nd snapshot was airdropped some resources to help them get started (my airdropped resources didn’t show up until I bought something else).

What Resources Do You Need?

Some NFT staking features in other games are “set it and forget it.” That’s not what’s happening with this new update – you’ll need to keep your ships well-stocked in order to keep earning.

You’ll need to head to the Marketplace and visit the Resouces tab to buy everything you need:

NOTE: You will have to pay 0.02 SOL for the first transaction of each resource. It’s not an ideal situation, but it’s a one-time fee and then you’re set forever.

Each of these resources is consumed at different rates. You must have a functional level of each resource. The burn rate of each resource is available in the Fleet Data Tab:

That’s all there is to it right now: set up your fleet and load it up with resources. You’ll need to check back and refill regularly to ensure that you keep earning.

What is Star Atlas?

Star Atlas is an upcoming massively multiplayer online game set in space, which will use Solana for its blockchain mechanics. All game logic, transactions, and ownership will be stored on-chain. Star Atlas will be a grand strategy hybrid space game with serverless MMO gameplay. All gameplay will be real-time, and it will use the blockchain to give players ownership over in-game items, add economic-based gameplay mechanics and implement an economic system inspired by decentralized finance.

All ships, space stations, and land installations have weapons and shields for attack and defense. Gamers can upgrade space stations and installations through community efforts, while space ship commanders can assign crewmembers to improve the ship’s performance. The choice for your crew can influence your career, ranging from data runner to bounty hunter.