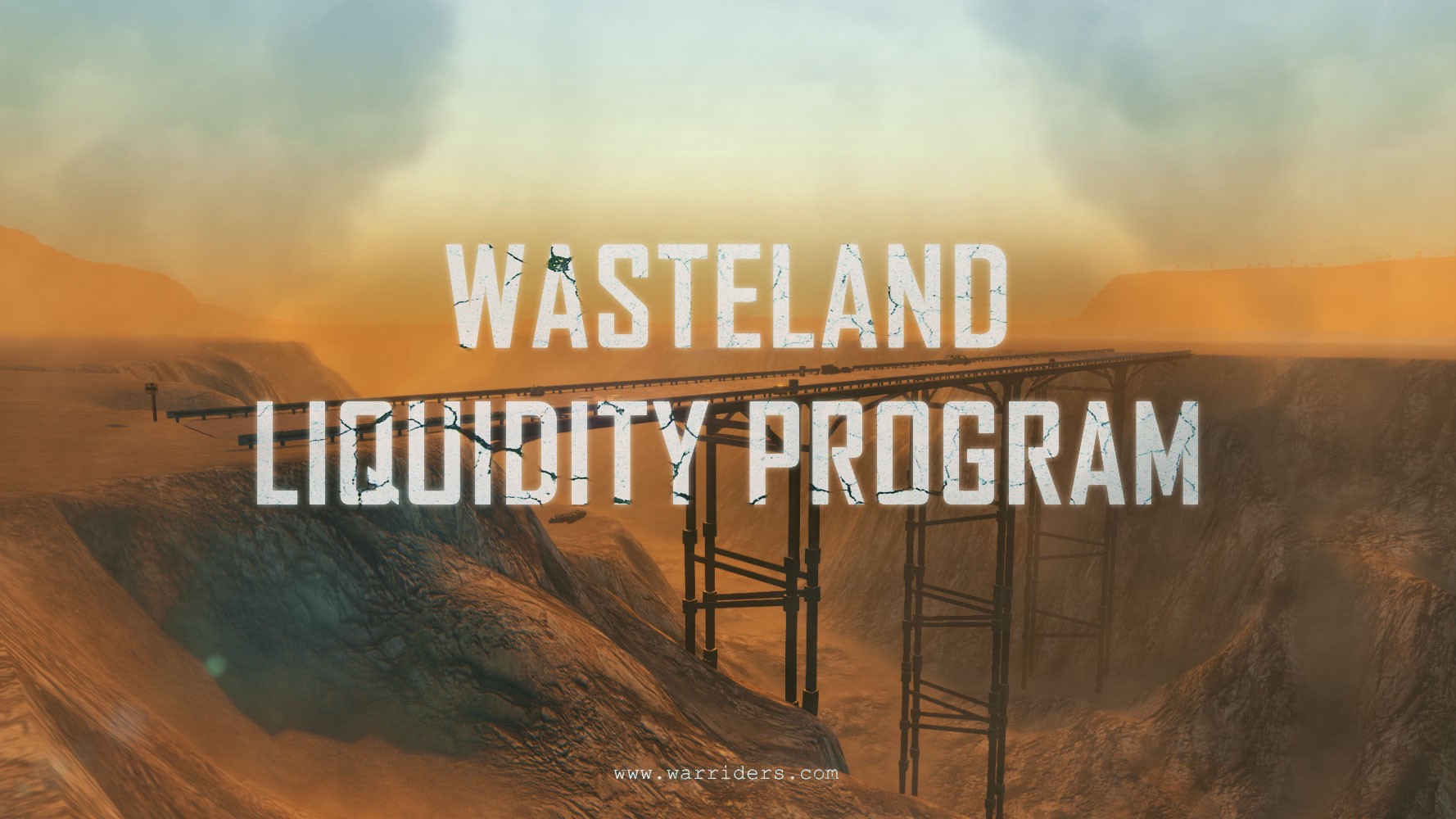 With the growing popularity of War Riders, liquidity for their native token, Benzene (BZN) has become an issue. So, the team decided that it is time to provide incentives via a Wasteland Liquidity program. Players can earn trading fees, staking rewards, and a unique badge for their vehicles by participating.

Player have been battling in the Wastelands of War Riders for over a year now. Fighting for scraps of Benzene in various vans, jeeps, and cars. But the lack of Benzene in-game has become mirrored in real-life, with low liquidity available for players and investors who wish to purchase Benzene.

To counteract this issue, the War Riders team is offering extra benefits to those who participate in their liquidity program.

Interested players submit their ETH to a liquidity locking contract on an official webpage. Once the minimum ETH requirement is met, the contract executes. Half of the ETH deposit will be sent to the War Rider’s multisig wallet while the users receive an equivalent amount of BZN. The contract then automatically locks the BZN and remaining ETH into LP tokens on Uniswap and the user begins accumulating

Though the entire process sounds a little confusing, the team promises that the interface will make it into a simple interaction. RSVP at this link to be notified of the program’s launch.

Why the rush for BZN? Primarily due to an upcoming garage sale, which will only accept BZN as payment! Players need Garages for respawn points and to stash their collected Benzene. Garage owners earn a steady, passive income from players using their garage. And who doesn’t like the idea of passive income from NFT ownership?

For anyone who knows how to sniff out smart contract vulnerabilities, the team offers up to 1,000 BZN for bug bounties on their Wasteland Liquidity contracts! The team also hinted at an upcoming map expansion with the release of version 0.15.0.

What is War Riders?

War Riders is a vehicular massively multiplayer online action game. In this game players own their own vehicle, which they can expand by acquiring resources. They can even own an entire army of vehicles. However, the world of War Riders is harsh. The wastelands don’t pity the weak. Factions battle for control over resources, and competitive gameplay is at the core of this game.

Players use their vehicle to mine Benzene (BZN) or steal it from other players. Become the most powerful and wealthy army by expanding your garage locations, buying better weapons, and killing for influence. Offer protection to other players and earn money.

War Riders seeks to be fully transparent about the token economics. No BZN tokens will be offered for sale. Instead, the majority of the tokens will be released during the in-game mining process. The more vehicles a player owns, the more he earns. Benzene’s pool will eventually deflate. Every time a player buys something with BZN from the marketplace, 30% of tokens used in the transaction will burn. the rest will go back to the mining pool.