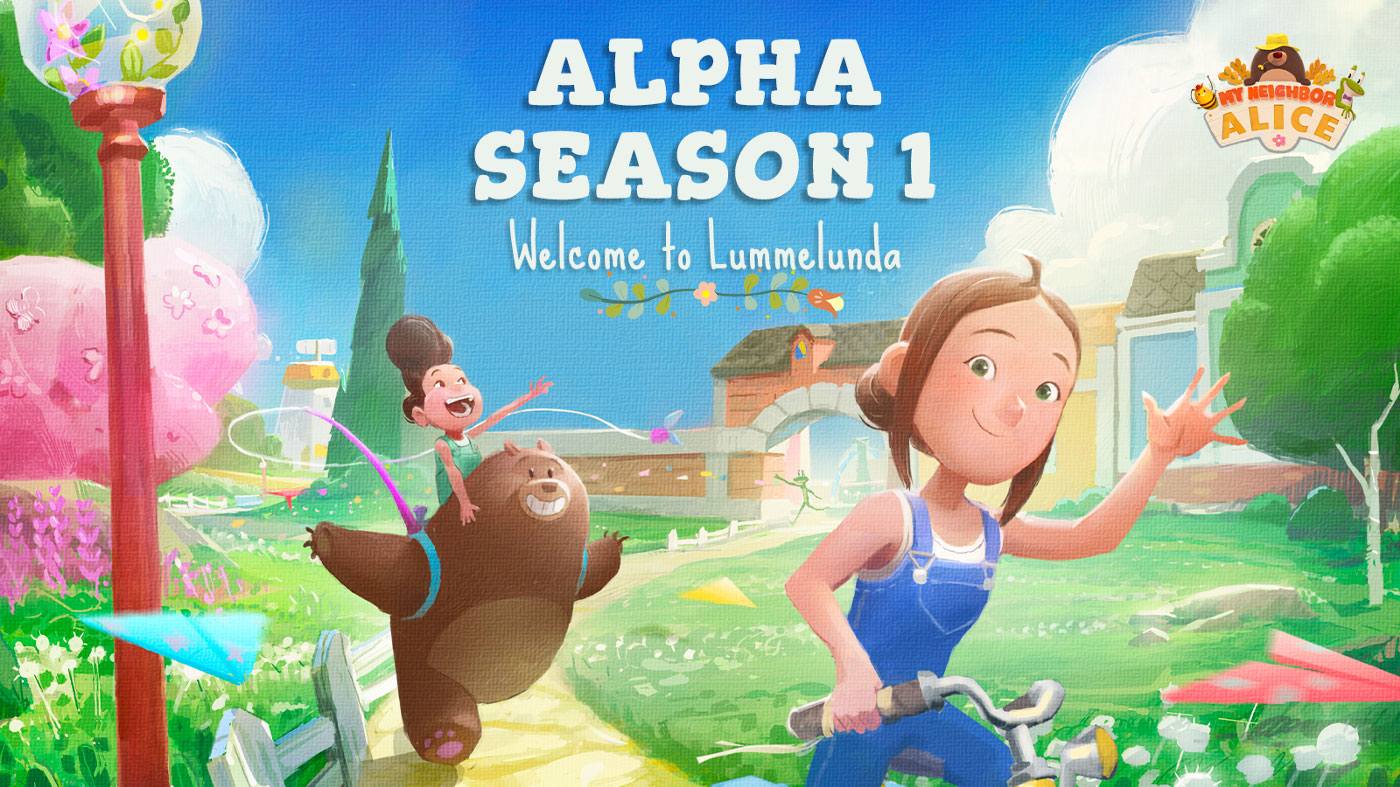 Land owners in My Neighbor Alice can now enjoy the alpha season 1 running for the four weeks of July. Although the gameplay is limited and the access restricted to land owners, the team is already preparing another land sale for Q3 followed by a second alpha season.

The wait is finally over for early investors in My Neighbor Alice. The Alpha Season one started last week and is open for four weeks. Land owners in the Lummelunda archipelago can now download the game launcher and try the first component of the game. To participate, land owners will need to bridge their land to the My Neighbor Alice chain, powered by the Chromia network. All wallet and on-chain transactions are all done within the game itself.

This first alpha season is called The Season of the Timber Coast. The biggest update for this season compared to the pre-alpha version launched last September is the graphics. Players can now experience the island like they saw it before. Although the gameplay is still limited, players will be able to meet up with Alice, try their luck at fishing, and complete a main quest. All the progress and items collected during this alpha season will be reset, with the exception of the main quest. Players completing the quest will be rewarded with an NFT. We do not know the utility of this NFT yet, but it will certainly grant advantages in the upcoming releases of the game.

This first alpha season is the first of many. The team is already planning another land sale after this first season and we hope that the next seasons will also be open to more users. You can read the full announcement in the Medium post and land owners can download the launcher here.

About My Neighbor Alice

My Neighbor Alice is a multiplayer blockchain-based building and farming game where players can own and buy virtual islands and meet friends while building and collecting items. The game comprises two worlds – one where players can experience the gameplay, and the other has an ecosystem for players who want to trade and buy NFTs.

The farming-themed play-to-earn game is built on the Chromia blockchain. It was founded by Antler Interactive, a Swedish interactive mobile game studio previously known as SVRVIVE Studios. The game was launched on Steam in January 2021.