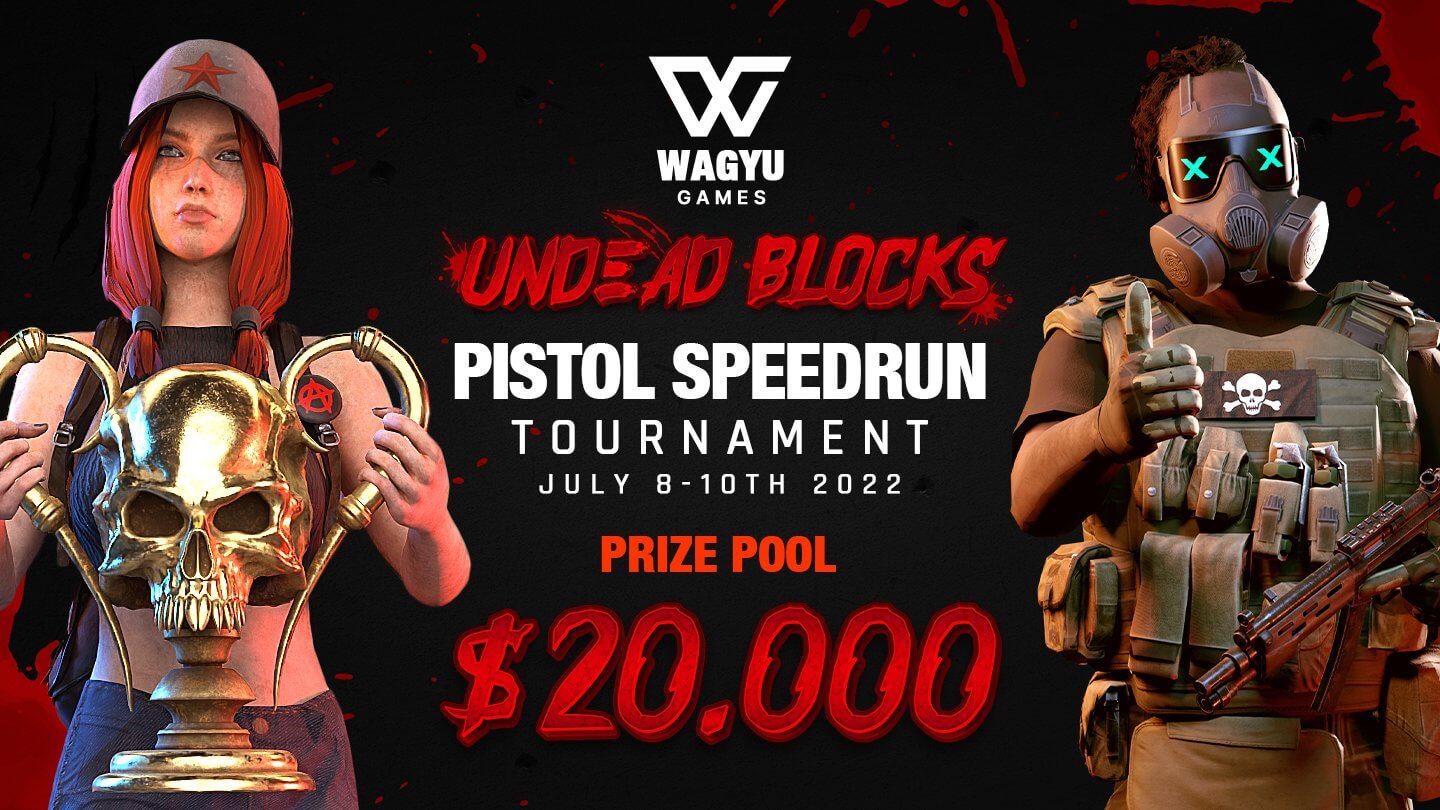 Wagyu Games, the creator of the play-to-earn zombie survival game Undead Blocks, has announced its first official tournament, Pistol Speedrun, which will take place from July 8 to 10. The game’s open beta version was launched in May and the community’s feedback is pretty good so far. The Pistol Speedrun Tournament will have a prize pool of $20,000, giving NFT holders a chance to start earning.

In the Pistol Speedrun Tournament, players have to shoot down 100 zombies as fast as possible with their pistols. The faster you make kills, the more your chance of winning a share of the $20K prize pool will be. The tournament will last three days until July 10, 2022.

This is a huge milestone for Undead Blocks since it will be the first opportunity for early adopters to earn and get some value out of their investment. Every participant will earn in some capacity, with the top player earning $1000. To participate in this tournament, you need an NFT of one of the Undead Blocks collections: Genesis Weapons or Apocalypse Weapons. The floor price for the Genesis Weapons collection currently sits at 0.28 ETH.

The Pistol Speedrun game mode will be released on July 4, 2022, allowing players to practice their shooting skills before the tournament. The developers have integrated anti-cheat features. In addition, the game mode launch will have more features such as ADS sensitivity, inverted camera options, and a new game launcher.

Undead Blocks is a AAA kill-to-earn FPS zombie shooter game in which players can use NFT weapons to kill zombies and earn rewards. Players can participate in daily challenges and missions to attain a top position on the daily leaderboard and earn Gold ZBUX tokens. There are in-game items and weapons that can be upgraded using tokens. The game is currently in open beta, is free-to-play, and is available for PC and Mac.

$UNDEAD is the official token of Undead Blocks, and there is a maximum supply of 500M tokens. The ZBUX is an off-chain reward currency that allows players to upgrade weapon load-outs, purchase loot boxes, exchange Gold ZBUX for currency, and much more.

We also interviewed Grant Haseley, the founder of Undead Blocks in our P2E Weekly show. We discussed the project in more details and talked about the current state of blockchain gaming.