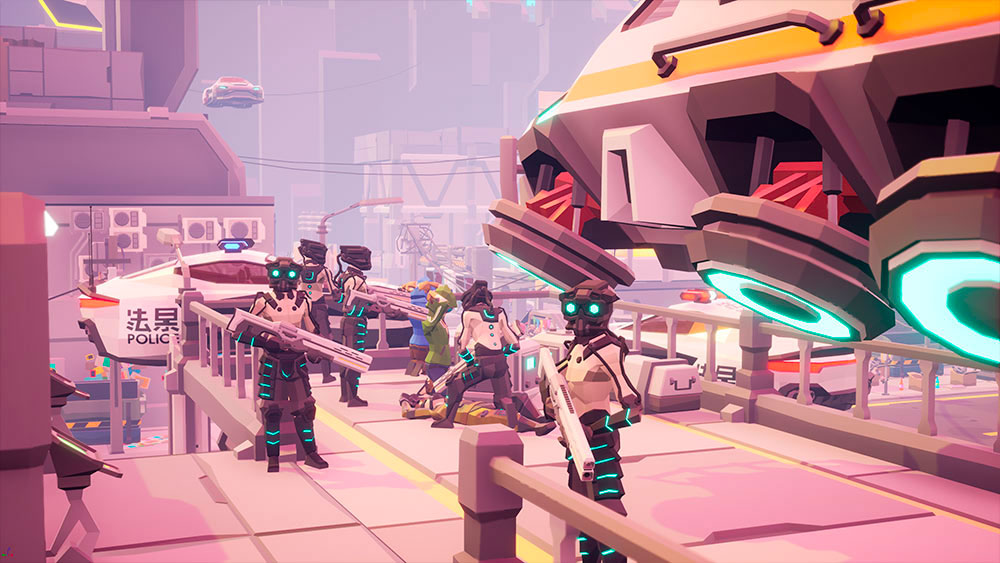 Outer Ring MMO is an MMORPG that unites fantasy and science fiction. The game incorporates NFT technology to verify ownership of all items, from skins, to guns, and even ships.

Outer Ring will be an action-packed third-person MMO, and will employ a freemium model. There will be no levelling system, and players will be rewarded for their skills only.

The intention of Outer Ring is to be a balanced mix of old school systems, like Ultima Online, and newer, more diverse, concepts like SMITE or Planetside. Games like EVE also inspired the development, leading the team to develop the entire project on one Global Server.

The upcoming MMO will be available on MAC and PCs. A companion app for Android and iOS devices will be released to assist the gamer in their adventure.

The universe created within the game is based on the Outer Ring Saga, a novel where 5 species, divided into 4 different factions, fight for the control of planets and resources. The game lacks a storyline. The player is free to decide what to do in the universe given to him.

Players in the MMO will be able to engage in PvP and PvE modes, mostly through FPS mechanics. Multiple weapons and game modes will be released, including seasonal mini-games and special promotional events. This sets the game apart from Blocklords, a medieval-style upcoming MMO.

In Outer Ring, character development is based on skills. You will choose between one of the 5 species and develop different skills to fulfill your role inside your factions, clan, or group of friends.

Players will have to work hard to specialize in increasing skills such as running, jumping or climbing (Physical Skills). By practicing different tasks such as mining or crafting weapons and armors, they will create better NFTs during crafting, and increase their chances of success when upgrading existing items.

The same applies to combat and piloting skills. Better stats increase the chances of dropping and/or gathering better NFTs and assets.

The MMO will feature a multitude of NFT assets. We know for sure that weapons, armors, and materials will be part of the roster. Loot boxes will allow players to gain these NFT assets.

In Outer Ring, there will be several kinds of weapons: Handguns, Shotguns, Sub Machine Guns, Rifles, Snipers, Melee Weapons, and Heavy Weapons. Each weapon has a different configuration of parts for assembly, as well as additional accessories.

Each weapon belongs to a different tier, and its tier gives you additional bonuses. The full tier list is in their whitepaper.

Raw materials can only be processed, stored, or destroyed. They cannot be traded.

Processed materials, on the other hand, can also be sold at the auction house, exchanged in a pool, or signed for use in clans or companies. You can learn more about their tiers and rarity here.

Other assets, such as Planets, Asteroids, and Areas, will be graded in tiers and influenced by players. Land Play is coming in Q4 2022.

Outer Ring Loot Boxes are a way to democratize asset ownership and give all players the chance to join the ecosystem.

Loot Boxes go from 15 $BUSD up to 1500 $BUSD and will give you different materials and tiers of weapons and armours based on their price.

The release of loot boxes will proceed in two phases:

$SCK holders will get a 50% discount on all loot boxes if they decide to pay with the staking currency. To discourage bots purchase, prices will increase with each purchase depending on the lootboox´s tier and decrease a percentage each minute.

A mystery loot box can be purchased with $3 in $SCK and will provide a random set of NFT assets, with the following ratios:

Outer Ring has 2 native tokens. Exocredits ($EXO) will mainly be used as in-game currency while Galactic Quadrants ($GQ) will be the currency of governance. The game is developed on the Binance Smart Chain.

All resources and items in the game operate as a token. These tokens can be exchanged or staked in the pools on Galactic Dex, their homemade decentralized exchange.

Tokenizing resources is what allows them to be traded freely on the Galactic DEX and letter burned to generate cool weapons.

Staking $GQ on the Galactic Dex yields $SCK and, depending on the pool you stake to, NFT assets and credits. Using $SCK, you can get discounted purchases across the ecosystem.

$GQ can be used to craft items without the necessary materials, open businesses in the cities, vote on proposals, bet, and so much more.

Players will also use $GQ as a political weapon in order to decide over multiple territories and shape the entire economy inside this living world.

On the other hand, $EXO credits are the main in-game resource and will be used for everything from crafting to purchases, upgrades, rewards, etcetera.

Outer Ring MMO is an ambitious project coming from an experienced team of developers. Some of their team members worked with Ubisoft, EA, Gameloft, and 2K.

Their roadmap sets the first pre-alpha release for June 2023, but tons of assets and giveaways on their Discord will run before then. Some area-specific demos might be released this year to let players take a peek during development.

A first playable demo is already available for investors, and it looks very polished for a project in its early stages.

Two of their tokens are live on Coinmarketcap, and the decentralized exchange is well-balanced and features a great variety of staking opportunities.

Outer Ring launched on several launchpads and achieved great praises for their tokenomics and an active social community. We’re excited to see what they will bring to us next!