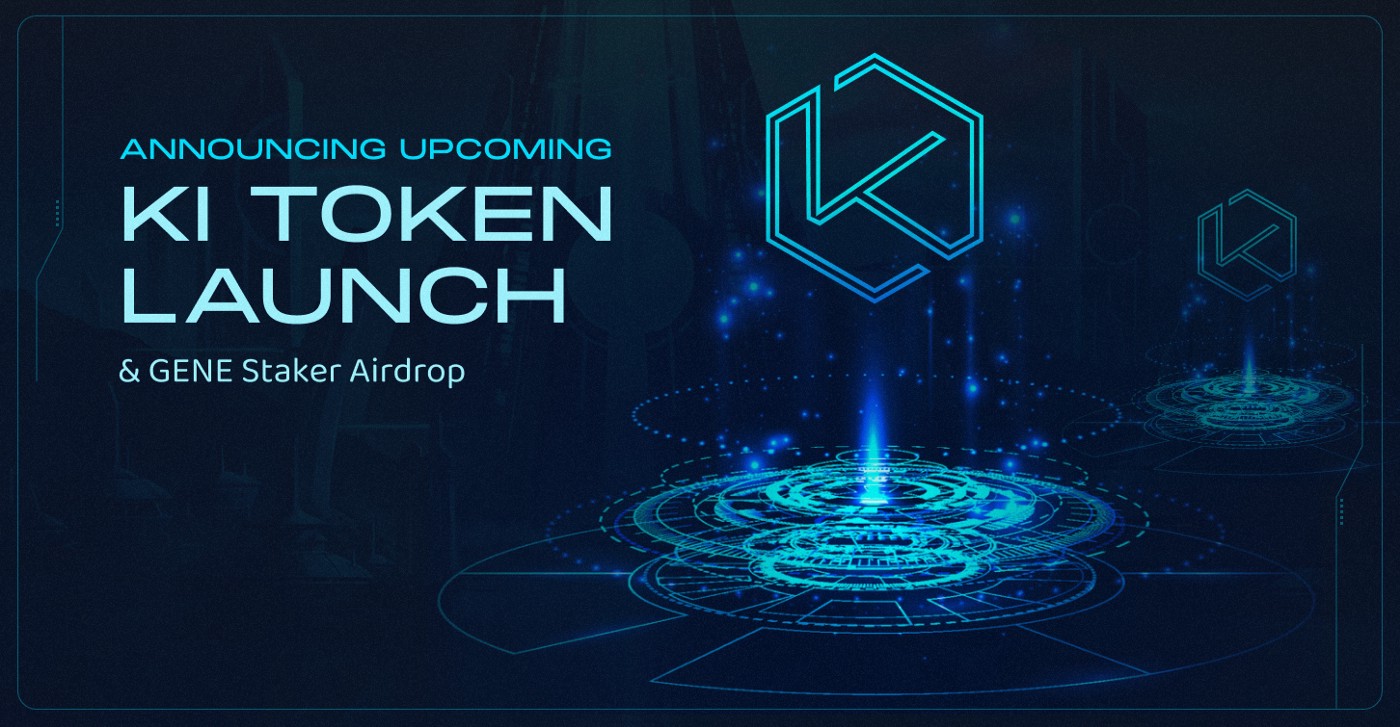 Following up on their newly implemented program for staking GENE tokens, Genopets prepares to airdrop KI tokens to stakers as part of the token launch. They will also hold a public sale for the tokens on Strata, in what they are calling a ‘Dynamic Pricing Protocol’. Players with Genopets can play the beta, and many have already minted Habitats as well. The KI token is a key component to the next layer for their economy.

The KI token is a vital part of the Genopets economy. Players use KI to craft NFTs, mint new Habitats, refine Crystals, and convert energy to level up their Genopets.

On June 18th, 2022, at 23:59 UTC, the Genopets team will take a snapshot of the wallet address that are staking GENE tokens. Twenty million KI tokens will be airdropped to stakers, based on their staking reward weight. The tokens will be vested over 90 days. I believe that means that the airdrop will happen in stages or drips during the 90 days following the KI token sale.

The KI token sale will be on Strata and is following what the Genopets team calls a Dynamic Pricing Protocol. In this method, the token cost begins at an initial price value. In this case, 0.50 USDC. Once the sale starts, the price begins to drop quickly. However, whenever anyone buys tokens from the sale, the price increases and the price drop pauses. If no one buys tokens for a bit, the price begins to drop again. Rinse and repeat until all of the tokens are sold.

We saw Genopets use this same model with their recent Water Crystal sale, and it seemed to work pretty well. Overall, the buying and price change process was smooth, and the community was able to calmly pickup Water Crystals at a price point they felt comfortable with. We’ll see if the KI token launch fares the same. The sale begins on June 20th, 15:00 UTC and runs for three days or until the tokens sell out. There will be 20 million tokens available in this sale.

All of the funds from the token sale will be paired with the final 1/3 of the initial token supply, in order to provide liquidity in a DEX pool. This puts a total of 40 million KI tokens into the economy right away, with another 20 million airdropped out over the next 90 days.

The game is currently running a beta for holders of Genopets. I expect that the functionality for the KI token will be added at the same time as the token launch, but I don’t have an official statement on that.

Genopets is a free-to-play, “move to earn” game built on the Solana blockchain. Genopets uses data tracked by a smartphone or fitness wearable to level up a Genopet NFT. Players summon their pet and quest in the Genoverse exploring hidden lands, finding loot, crafting items, and battling with other players.

The play-to-earn economy of Genopets consists of four primary elements:

Habitats are NFTs players can purchase on the markets or craft in-game, and the main gateway into play to earn. Each Habitat holds one Genopet. Habitats generate Crystals and KI tokens passively, while also increasing the experience your Genopet earns. Players must maintain their Habitats or production stops.

Players can generate income from leveling up Genopets and selling them. Or they can build a habitat and sell the Crystals and KI tokens produced. The GENE token exists on both Solana and Binance blockchains. Genopets is currently in private beta and adding new players on a regular basis. They also opened up a staking program for their GENE token.