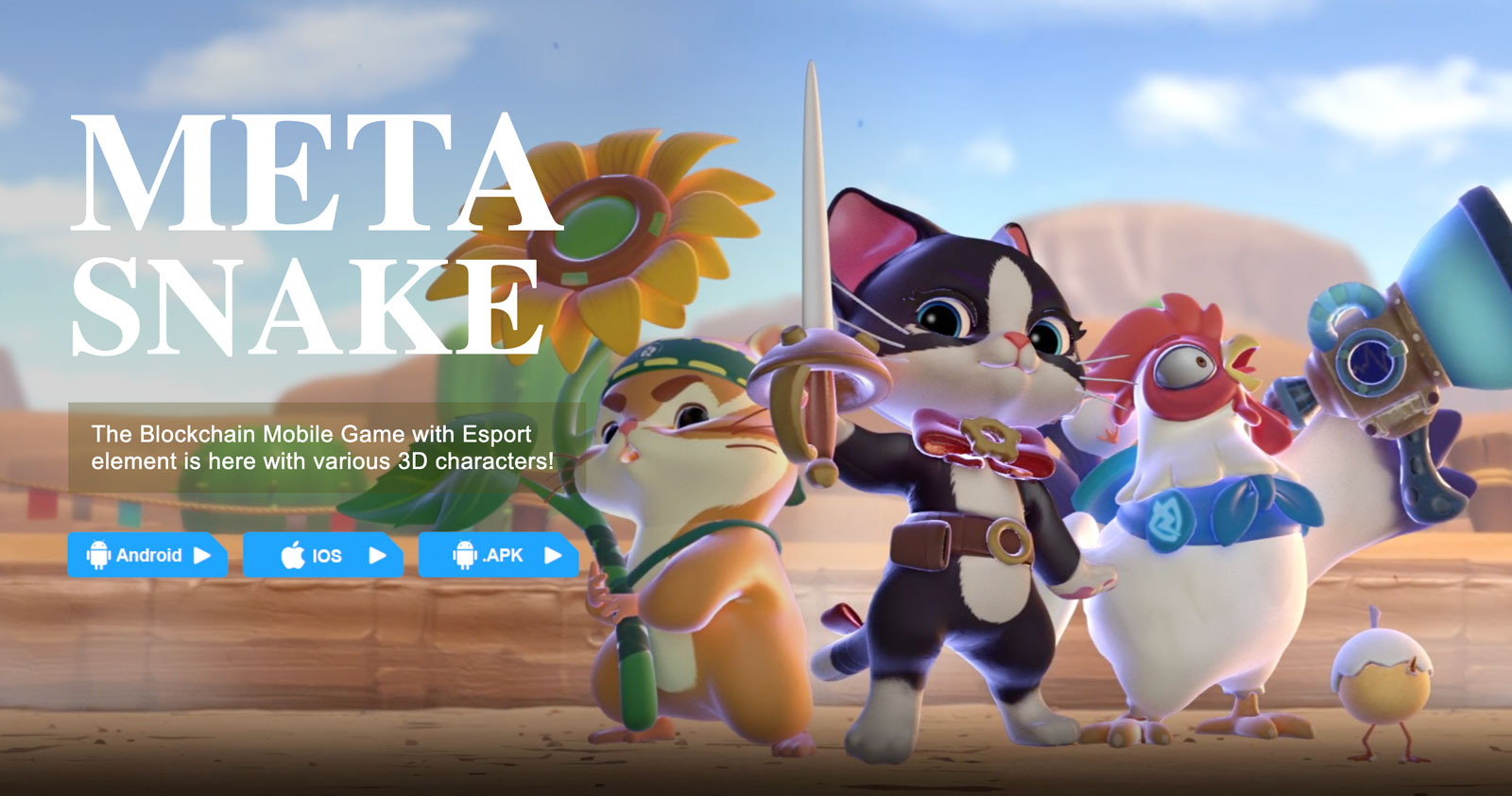 MetaSnake is the first game in METASENS’ vast ecosystem. It is a real-time strategy game, inspired by the classic game, Snake. The game is free to play and free to earn.

After a successful beta test, gathering 30,000+ players around the world, METASENS released the game on the 30th of March 2022 on the App Store and Play Store. Their in-game tokens, $MSU and $UCG, both skyrocketed in value since the release.

MetaSnake is a game accessible to everyone with a mobile phone. It doesn’t require an expensive setup, and it’s easy to pick up and learn. Players can easily bind their accounts on their own, and by doing so, they can start earning real rewards via the leaderboard if they are ranked from 1 to 500.

The MetaSnake gameplay mimics the old snake titles featuring for team building and leaderboards to spice things up.

Once you get matched with an opponent, you will start the fight with 5 heroes, all of which can be upgraded by gathering cards (level up) or buying NFTs to strengthen the enchantments (eg. more attack, health, or defense power).

Heroes are divided into classes, which determine their main skillset. Melee heroes move faster, other heroes move slower. In order to get more heroes, you need to collect crystals on the battlefield.

Gathering crystals inside the battlefield increases crystal energy and crystal points. You will increase one hero when you fulfill the crystal energy bar. In case of a draw, the player with the most crystals will score the victory.

We played the game for you to see the actual mechanics. You can see our fights here:

Players can collect treasure chests after a match or through daily tasks by collecting the energy drinks in the battle, and so to get cards of hero fragments and materials that can enhance heroes’ attributes.

Winning a fight gets you trophies in relation to the strength of your opponent. Losing a fight will drop your score.

Although simple in its first iteration, MetaSnake holds the potential to become one of the most played games in the METASENS metaverse.

The first heroes are provided to you for free, but upgrading them and keeping yourself competitive will be increasingly harder. You will likely need the game’s NFT assets to be stronger and win more fights. Heroes are not NFTs. MetaSnake’s NFTs are called Ancient Spirt.

The Genesis Ancient Spirits have 5000 slots. The public sale mint event is set to start on May 5th, and you can get your spot here. The mint price is 1BNB.

Collectors and players who own Genesis Ancient Spirit NFT will be eligible for the three empowerment benefits listed below:

MetaSnake doesn’t feature a proprietary token but participates in the tokenomics of the METASENS metaverse.

$MSU is the governance token, with a total supply of 500,000,000, and can be obtained by ranking on leaderboards, through airdrops, and through direct purchase or exchange.

$UCG is the community reward token. Its value is lower, since it doesn’t have a clarified fixed supply, but it can be earned through activities on their discord or social challenges. It’s also going to be the most liquid and traded crypto coin inside their games – including MetaSnake.

Both tokens are needed to breed Ancient Spirits, and both will hold a specific function in upcoming titles from METASENS.

METASENS is a universe full of unique planets – rich in exciting games ready to be transformed into popular themed IPs. Current games include MetaSnake, Holosens & PetaRush. Holosens, a Minecraft Clone on the Blockchain, and PetaRush are scheduled for release in 2022. Open-universe resources will be allocated to game project developers to integrate well into the METASENS ecosystem.

The METASENS universe also features an NFT marketplace, allowing everyone to freely trade their in-game assets and NFTs with the $MSU token and potentially more.

METASENS is a metaverse project led by a Hong Kong listed company, Imperium Technology Group and aims to provide an open GameFi platform and build a Universal Amusement Park together with global players. They’re expanding at a breathtaking speed and gathered talents from top gaming studios in Asia and Worldwide.