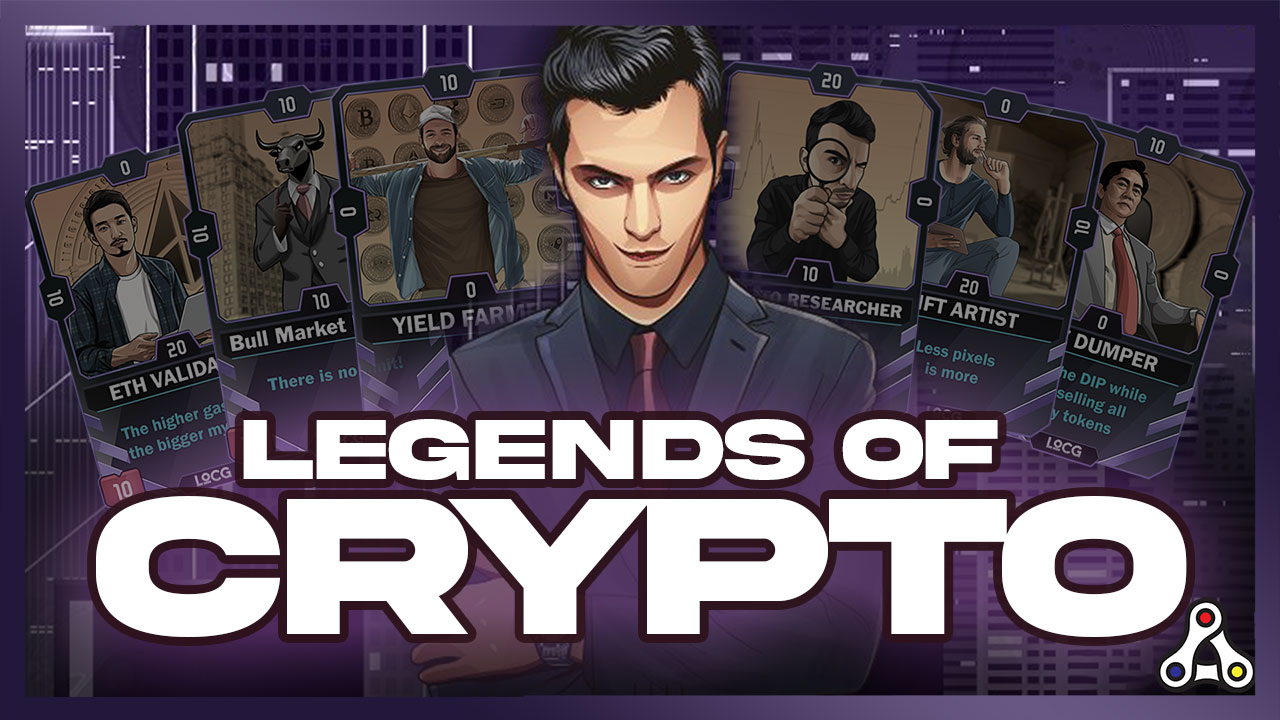 Legends Of Crypto is an NFT Collectible Strategy Card Game where players battle out to win tokens and NFT items. The Beta version of the game was launched in December 2021 and is developed by RBL Labs BV, an Amsterdam-based gaming, and NFT studio. Read more about the game and watch our video review of the current gameplay.

Legends of Crypto is played on a battlefield with a deck of 15 cards and is only available on desktop web for now. Each card has special info that determines how powerful the respective card is – directional attacks, health, and special abilities. Each Legends Of Crypto NFT card has a unique design and a visual rarity of Standard, Prestige, and Elite.

To play the game, you need to place and move your card to occupy as much space on a battlefield as possible. The player that has occupied more space wins the battle and earns Demo Coins.

Better than words, watch our host Bruno playing the game and getting destroyed by the AI.

During the Genesis Sale on LOCGame Marketplace in November, cards were sold in packs. There were different themed packs which held a special surprise as you never knew exactly which cards you were going to receive. Some of the most promising packs are the Blockchain Founders pack, Crypto Celebrity, Metaverse, DeFi and of course the MCW packs representing Legends Of Crypto game’s Sports Advisor.

How to play Legends Of Crypto

For now, the game features a single-player (arcade) mode against the AI. Classic PVP mode will be available soon along with Tournaments and Leagues following in Q3.

In June 2022, RBL Labs will launch Legends Of Crypto Season 1 with a total upgrade of not only the features but art style, new game modes, and visuals taking the game to the next level. Season 1 will have arcade and pvp mode with several leagues, tournaments and a World Championship. Most importantly, the new game economy allows for earnings in Wealth Tokens and $LOCG.

Legends Of Crypto is an original take on the trading card games we are now used to seeing in the NFT and play-to-earn gaming scene. The NFT cards are original and fun, including some crypto celebrities. The gameplay as well is totally different from other games falling in the same genre, which is quite refreshing. The game is still in beta and we have yet to see what the future updates will bring and how the game’s economy will work and how sustainable it will be. Stay tuned for further updates!