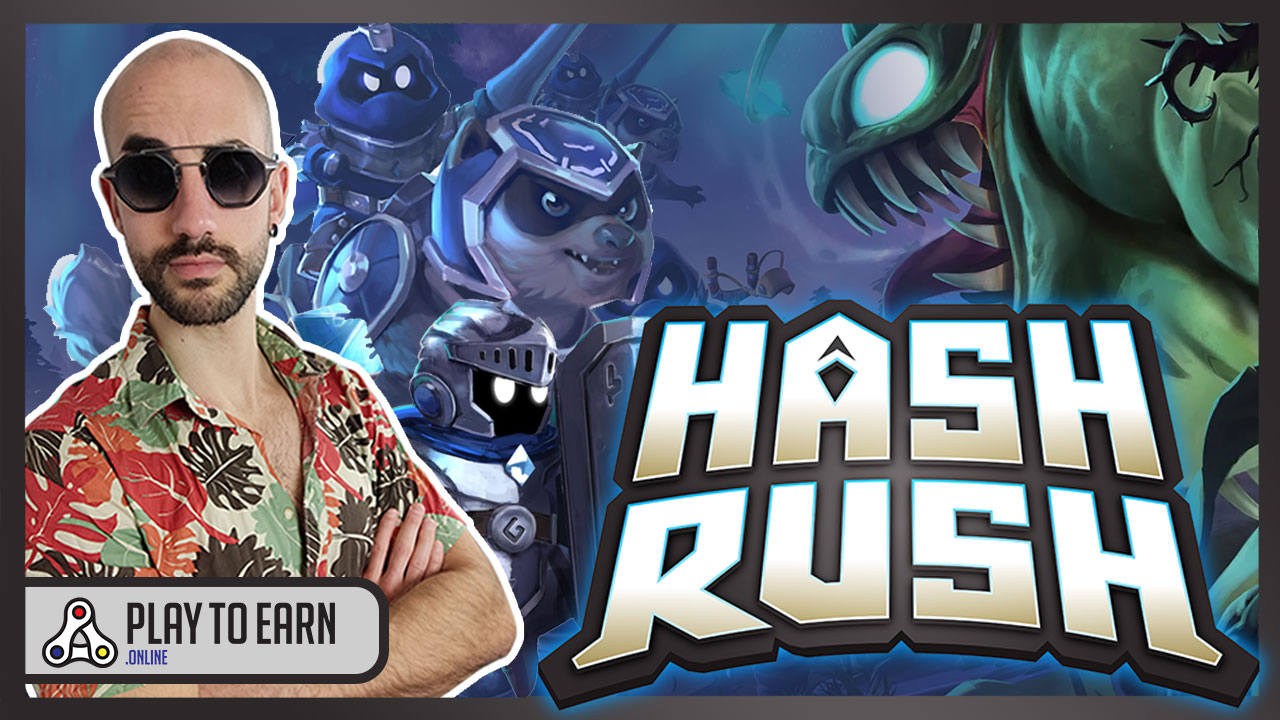 Hash Rush is the first playable real-time strategy game on the blockchain. The team has been working hard on this title and after a first playtest last year, they just started their second playtest with more features and more gameplay for you. Let’s see how it looks and how the game is so far.

In order to join this playtest, you will need to get a key to access the game. Keys were airdropped to Hash Rush hero holders but can also be purchased on the game’s marketplace. So if you want to try it out for yourself, head over to hashrush.com and join their Discord Community to learn more about the game.

We are excited to finally see some quality NFT-based RTS games. If the Hash Rush team manages to release a clean version with some competitive PvP modes, Hash Rush could become a top NFT game and seduce a wider audience of traditional gamers.

Players join Hash Rush in the immediate aftermath of a galactic catastrophe known as the Crystal Storm. Countless crystal shards have crashed into every known planet of the Hermian galaxy and have slowly buried their way into the planet’s crust. Shockingly, this was only the beginning as the crystals were shards of a hive mind that has the singular aim of corrupting and shaping life to its own ends. This new malevolent force quickly became known as the crystal scourge.

With this second playtest, Hash Rush’s development is already way underway. You can see below the roadmap ahead. If you want to learn more about the game, check out the whitepaper and get involved in the Discord community.