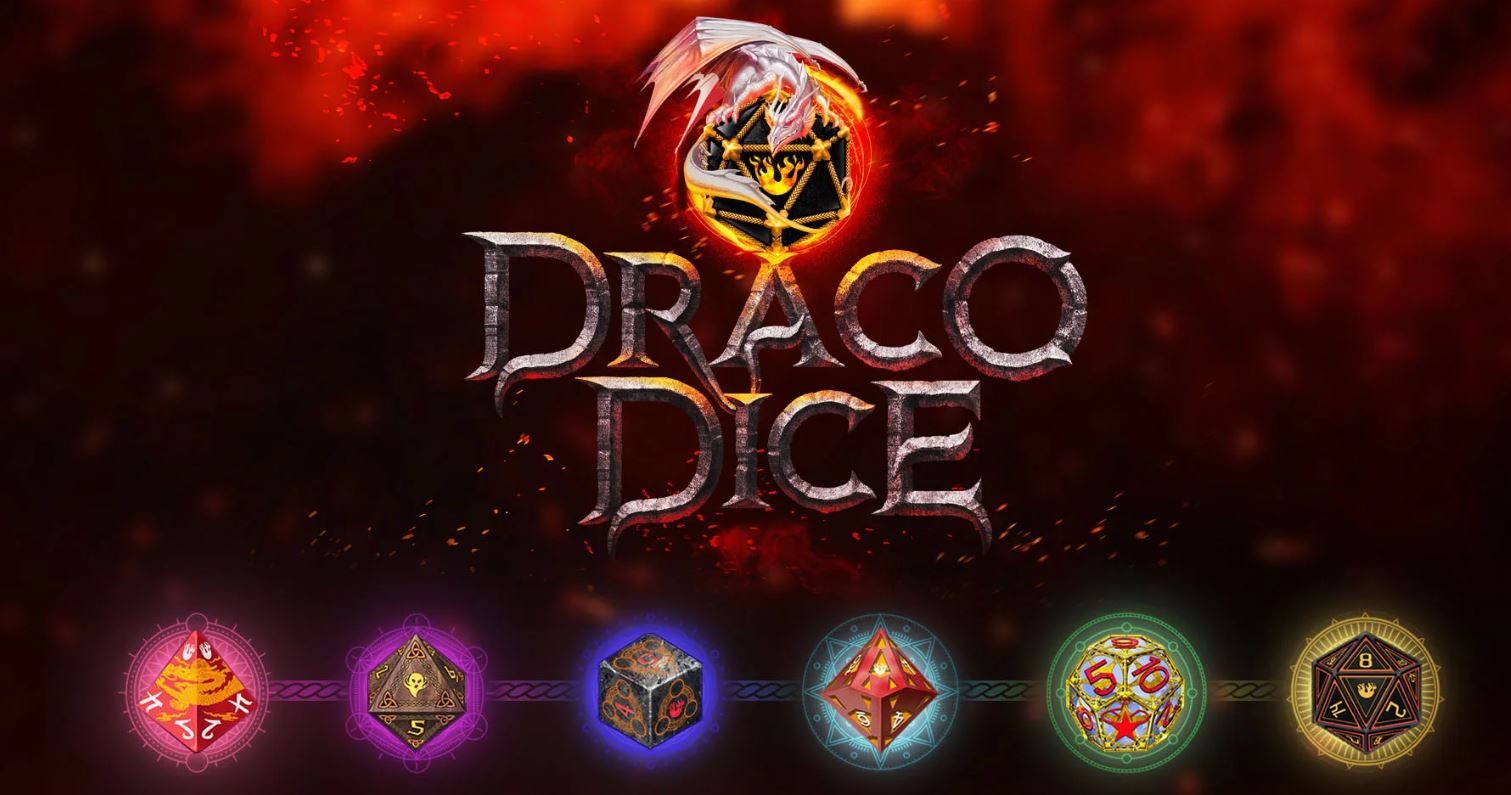 Though Draco Dice actually launched back in September of 2021, we haven’t covered them here before. So, to fix this situation, we’re taking a first look at this NFT-based game with themed dice intended for use across many games and blockchains. Draco Dice has already had a number of collaborations with other WAX projects!

Draco Dice is a gaming company based on the WAX blockchain that seeks to make their NFT dice metaversal. They want Draco Dice to be used in many games across different chains and platforms. The first set of Dice released in November of 2021, followed quickly by several collaborative releases. These collaborations ranged across the WAX gaming spectrum. From Onesuss, to Blockchain Heroes, to Colonize Mars and more! Dice come in the standard sizes, D4, D6, D8, D10, and D20. Each series or collaboration has its own visual style and is issued in a limited print run. And I have to say, the artwork really is pretty damn cool!

At the moment, Draco Dice runs two games in their Discord, Dicesweeper, a sort of minesweeper duel game, and Draco Dice Duels, a 1v1 pitting player’s dice against each other. Personally, I always find Discord games a bit awkward. And both of these games have several hoops to jump through before you can get started, including acquiring GXP tokens from their partner, Game Exchange, on Binance Chain. But, they seem to work well. And one advantage is that anyone can add the Dicesweeper game to their Discord server. In development is another game, Draco Dice: Skirmish currently in alpha testing. This looks like it will be a more complex version of Dice Duels.

Draco Dice does already offer play to earn opportunities. Players earn up to 10 VCTY tokens per day while playing Dicesweeper, with rarer dice helping to earn faster. The team also runs regular Dicesweeper tournaments with extra prizes. VCTY tokens can be cashed out to BNB and other currencies through Game Exchange. The team has hinted that upcoming dice releases might be sold for VCTY tokens!

But really, the ultimate goal for Draco Dice is for their NFTs to be used across many games and ecosystems. And so far, they have a pretty decent start! Not only do they have a number of collaborations on specially themed dice, but they also recently announced a partnership with Mecha World, that allows the use of Draco Dice in-game!

In addition to play and earn, Dice owners can also stake their NFTs on https://play.gamexchange.app/staking on the Binance Chain. But again, unfortunately, getting there is a bit of a process.

There is some sort of land sale coming up in the form of Planet Dice. We don’t have a lot of details about this yet, but apparently Planet Dice will be able to produce new dice with special enchantments! Tokens granting access to the whitelist for the Planet sale have a chance to drop from each Dice box opened. Sale expected at the end of Q2.

To learn more about Draco Dice, check out their website, join their Discord, and follow them on Twitter. You can buy individual Dice and packs on Atomic Hub.