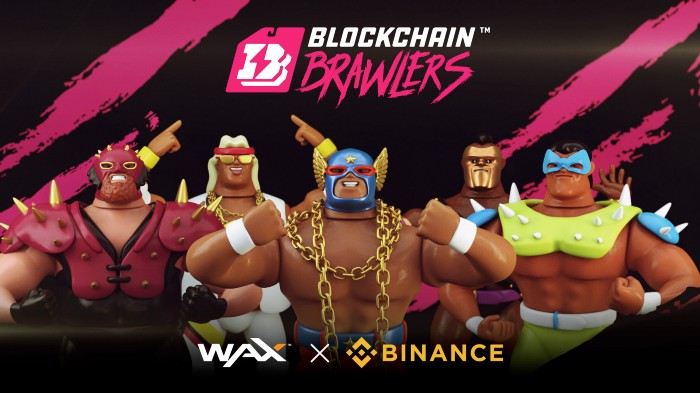 After becoming a hotspot for crypto-gaming over the past year, WAX now joins in on the fun, releasing the first Founder’s NFTs for it’s upcoming game, Blockchain Brawlers. With auctions kicking off on November 30th, there is still time to get in on the action for these first 100 NFTs. You can find the auctions on the official Binance marketplace.

These initial pre-game auctions are for Legendary, 1-of-1, “Founder’s Edition” NFTs. There will be 400 in total. After the first 100 are auctioned on Binance, the remaining NFTs will go live on the WAX blockchain, sometime in January. Some of the Binance auctions have already sold for thousands of dollars, so expect competition!

Of the 400 total Founders Editions, 120 of the Brawlers will have champion belts. 100 National Champions, 18 World Champions, and only 2 Metaverse Champions! It’s unclear if owning/wearing a belt will offer any advantages, but these NFTs will certainly be some of the rarest and most sought after by collectors.

Each of these Legendary Brawlers also comes with a special profile picture and full body shot, though acquiring these requires moving your NFT to WAX. And that brings us to…

It seems a little weird for WAX to be selling their NFTs on Binance, right? They already have their own chain, after all. But there’s a method to the madness. In short, it’s marketing. WAX is opening the first NFT bridge between WAX and Binance Chain and NFT bridging is a hot topic in the crypto world.

Unfortunately, that bridge won’t open until the second quarter of 2022. But once the ability to move NFTs between chains becomes a reality, vast new possibilities open up to the whole ecosystem! And while WAX may not be the first to market on this new technology, by running this cross-chain sale they are bringing more attention to their ecosystem and letting people know that cross-chain transfers are something they take seriously!

And after already connecting up to the Ethereum blockchain back in May, and Alien Worlds creating a Trilium teleport to the Binance Chain, WAX is shaping up to be a strong contender in the ever crowded world of blockchain.

What is Blockchain Brawlers

Developed by WAX Studios, an offshoot of the official WAX organization, Blockchain Brawlers is an upcoming play to earn game. Looking like a mixture of WWE, Mexican wrestling, and cage match brawls, Blockchain brawlers brings some some fun insanity to the gaming world.

Expected to launch in Q1 on 2022, there will be three sales before then. The Founders auctions on Binance and WAX, followed by a pack sale for in-game NFT items (coming soon).

There are absolutely no details about gameplay or play to earn mechanics or how in-game items will be used. But, the mere fact that the WAX team is moving into the gaming space directly bodes well for the blockchain gaming in general. I’m looking forward to seeing the auctions on WAX and finding out more about what this game will bring to the space!