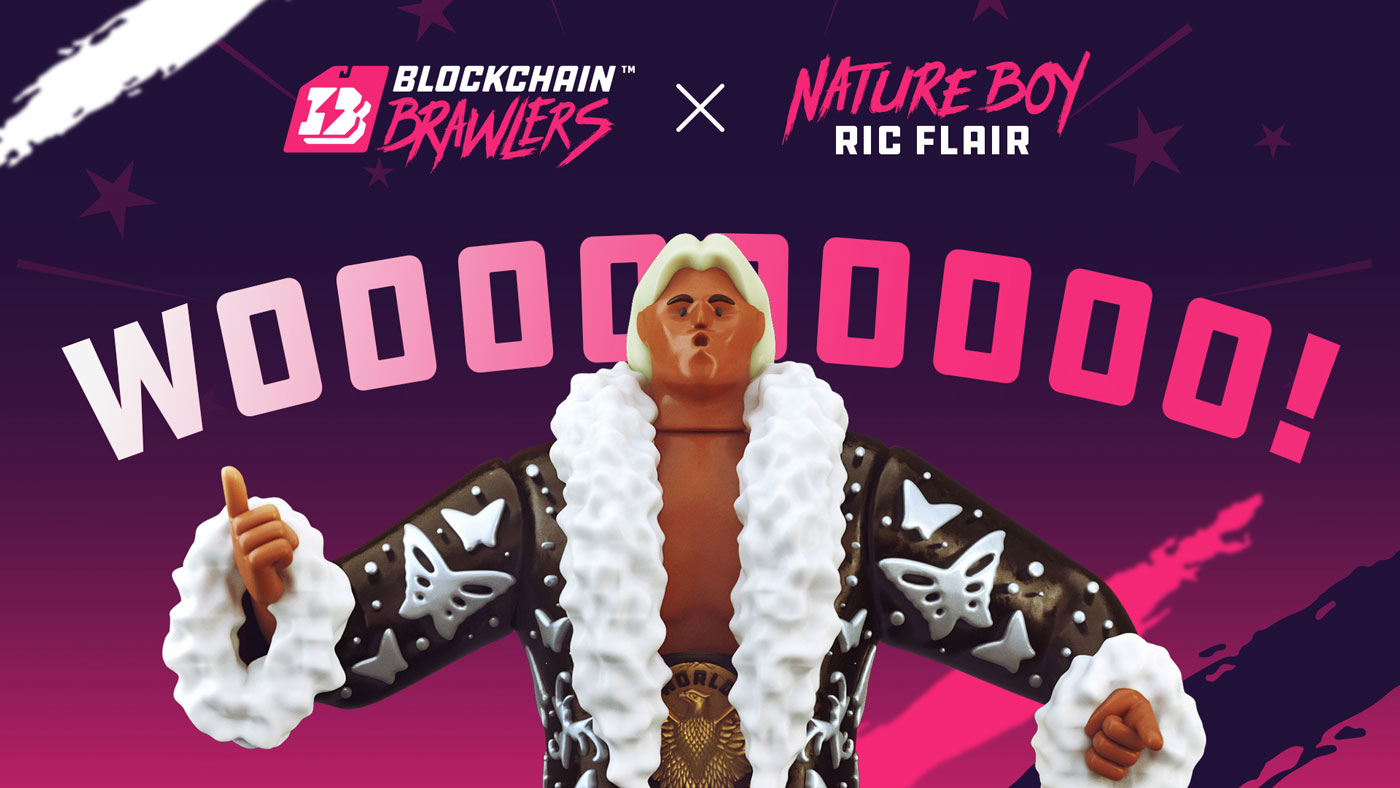 Wrestling legend Ric Flair — aka Nature Boy — just announced a partnership with WAX and will be featured on the upcoming play-to-earn game Blockchain Brawlers. Here is what we know about this exclusive upcoming NFT drop.

After making massive waves in the ring for decades, Ric Flair is now coming to the metaverse by joining the Blockchain Brawlers project. The game should be launching at the beginning of Q2 2022.

The Ric Flair collection will drop early march and will be a limited edition of 100 NFT packs. The packs will contain one “Nature Boy” Ric Flair Legendary NFT and one free Ring NFT. The Ring NFT will come in different rarity levels: Standard, Hard Core, Cage Match or Death Match. Each buyer will also have a chance of scoring a Ric Flair NFT wearing one of the three ultra-rare belts: National Champion, Word Champion and Metaverse Champion.

This new drop will gives players who didn’t get their hands on the highly coveted Founder’s Edition Legendary Brawlers a chance to be a part of the game at launch. At the moment some of the initial Founder’s Edition NFTs are up for auction on wdny.io/all-auctions, but the prices are already flying high! Brawlers are currently being sold for 30,000 to 55,000 $WAXP — that’s $9,900 to $18200 at the time of writing this article!

How to Get on the Ric Flair NFT Drop Whitelist?

The whitelist sign up process will open on February 2nd. We have no details yet on the requirements to be selected. So if you wan’t to be part of it, join the Blockchain Brawlers Discord server and follow the announcements channel.

UPDATE : You can enter the whitelist contest by completing the tasks on Gleam.io

The price of the Rick Flair packs are still unknown but, as we can see on the calendar below, should be announced on February 17th. Regular Brawlers packs should be sold for $350 to whitelisted users. So we can assume that this legendary edition will be priced higher than that.

We are also looking forward to the game economy overview on February 14th and the game UX/UI sneak peek on the 21st.