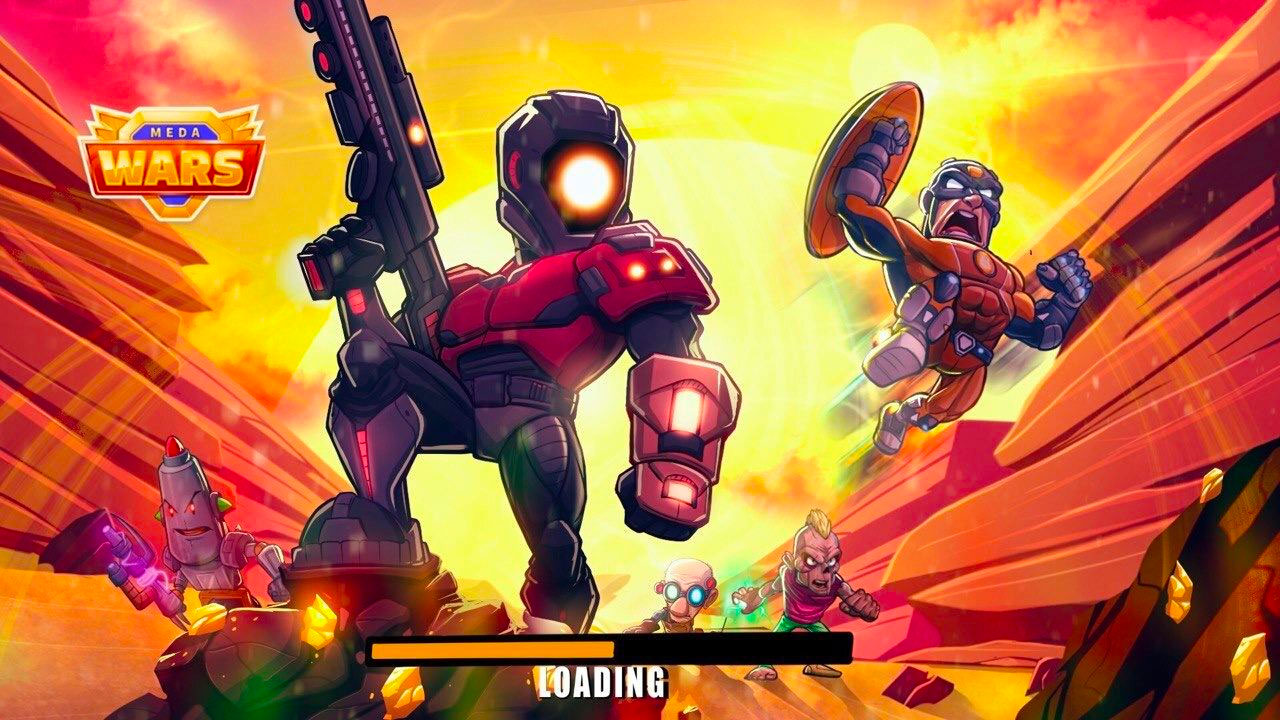 Meda Wars is a turn-based strategy game for mobile devices taking place in a galaxy called Cryptomeda. Meda Wars arose from a concept inspired by different strategy games and brought all those aspects into one complete game with the added element of NFTs.

The team’s goal is to revolutionize the NFT gaming market with a focus on exciting gameplay, competitiveness of the players, the newest NFT technology and most importantly, engage players outside the crypto-space. We have already established a very low entry barrier even for non-crypto users, because players don’t need to operate with metamask within the app. Everything crypto-related is happening in the background, so we can focus on a great user experience in the game. We believe this approach is needed for mass adoption.

At the heart of Meda Wars is the Conquer Mode, where players fight dystopian enemies through PvE (Player vs Environment) combat battles to conquer territories. Players can expect different types of enemies, pitting forces from the Renegade Nation, Goliath Nation, and Swarm Entity against each other.

By winning PvE combat, players earn resources that can then be used for crafting NFT weapons, re-rolling abilities, weapon upgrades, or even building structures in the later stages of Meda Wars. Besides that, players earn faction points for winning combat battles. Players can equip Cryptomeda NFT heroes and weapons that have randomly generated attributes and abilities, bringing multiple strategy options to battle.

Upon fulfilling quests, earning faction rewards, leaderboard placements, or burning weapons, players will be rewarded with Meda Gas, an in-game currency used for many features within the app, especially for weapon upgrades, ability re-roll, or adding more energy to conquer more territories. Meda Gas can be additionally bought with TECH tokens on the Cryptomeda website or with a credit card. 95% of TECH tokens spent by the players will go to the Meda Wars reward system. The more players buy Meda Gas, the juicier the reward system will become. The remaining 5% of TECH tokens will be burned to reduce the circulating supply over time. Moreover, 1mil TECH tokens as rewards await for players in the leaderboard during the opening week. TECH tokens collected from Meda Gas purchases will go to the reward system the following week, and so on.

At the end of each week, the winning faction will earn faction rewards which motivates players to conquer as many territories as possible. The best of these players will be rewarded through their positions on a player leaderboard. Moreover, there will be daily and weekly quests to motivate players to defeat specific enemies. On top of that, crafted and upgraded NFT weapons can be sold on the marketplace to get additional income.

The team has come a long way to finally show Meda Wars to the public. The first version is live and players can expect these features inside the game:

The Future of Meda Wars

Don’t think that this is the final version of the game. Meda Wars will be very much upgraded and expanded in the future. Meda Wars already utilizes the NFT weapon smart contract, which covers excellent gaming features, like crafting, upgrading, burning, or re-rolling abilities. But there are more abilities to be covered in the future, for example, merging features to create unique NFTs.

The team plans to release PvP Tournament modes together with the updated reward system. Empire mode to utilize lands will go right after that together with NFT staking and governance. The last step of Meda Wars will be the VR implementation to explore the Meda world fully. The game will be enhanced and upgraded over time together with community cooperation on the Discord, so don’t forget to join their official channel.

Join Our Galaxy; Join Our Fight

Meda Wars is becoming a very ambitious project that aims to not only compete with the best NFT gaming titles on the market, but also establish itself as a top tier title among turn-based strategy games. This is just the beginning. Enjoy the ride Meda Heroes.

How to Join Meda Wars and Start Playing

Go to the Meda Wars page and sign up with your email and password which will work also as your login to Meda Wars. After that, you will get a download link via email and you can start your Meda Wars journey. More information in our socials.