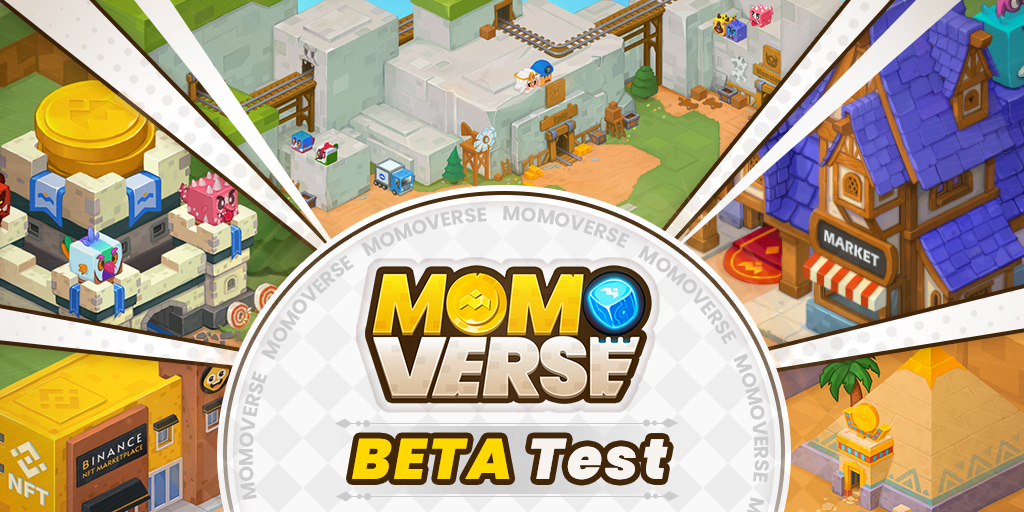 Running from April 15th through April 28th, 2022, the MOMOverse Open Beta Test allows players a chance to experience the MOMOverse, participate in competitions, and maybe earn some MBOX along the way. The beta is open to everyone.

The MOMOverse is an angled, top-down view, multiplayer world. Around the map are entrances to the Mines, a gaming hub, and a central square. This is the next big phase for MOBOX. When fully built out, the MOMOverse will be a central hub for all things related to the MOBOX ecosystem.

For now, it’s pretty basic. Players can take taxis between the areas, or walk around on their own.

Players can also gather items from the ground. These appear randomly. Gathered items aren’t used for anything, but they do give you Collection points. There is a daily Collection leaderboard and an ongoing Collection leaderboard. Players earn points from gathering and from Combining Resources. The top 100 from the daily leaderboard receive MBOX payouts every day. Players who own MOBOX Avatars receive a bonus to their points when collecting. The game can be laggy, so moving and gathering is a little tricky at times. Usually if you just pause for a moment the game will catch up with your actual location in the MOMOverse.

MOMO owners have access to the new mines. There are five mines, each harvesting one of the new resources — feather, leather, pearl, ore, and gold. Harvesting resources from these Mines requires importing and staking your MOMOs. Then, these Resources can combine into rarer items called Materials.

Combining is a bit more complicated. Players can choose for a Normal Combine, which is free, but does not advance the player’s Mastery Level and takes longer to finish. Advanced Combines cost MBOX tokens, but they do increase Mastery Levels. Higher Mastery Levels result in greater chances of creating higher rarity Materials and also increases the number of Materials you can combine.

Is there more to the MOMOverse?

What we have now is just the base layer for the MOMOverse. Eventually, the MOMOverse will be a central hub for everything MOMO, from the mining to the games to the social hubs.The team plans to release several updates to the beta over the coming weeks. This includes player housing, MOMO Boxing, MOGuilds, and MOLand.

Player housing allows players to spend MBOX to change the look of their home and increase it’s passive MBOX output. In a PvP twist, other players can raid your home and steal some of the accumulated MBOX, encouraging everyone to keep a close eye on their home!

MOMO Boxing is the process of catching wild MOMOs. Players spend MBOX to purchase MOBalls and then use those to catch wild MOMOs. Each MOBall has ten uses. If you miss catching the MOMO, the escaped MOMO will drop a fragment. Combine fragments to receive a MOMO. MOMOs of all rarities could appear, including Legendaries!

For MOLand, players gather together in MOGuilds to fight for control of territory. We don’t have any hard dates on when these features might be released.

At the end of the Beta, the market will be closed and all tokens and resources returned to their owners. Then, all of the resources and materials in everyone’s packs will be burned, and players will be airdropped MBOX tokens of equal value. All progress from the beta is wiped and the team prepares for the next release phase.

Keep an eye on the official MOBOX Discord and Twitter for special events during the beta.