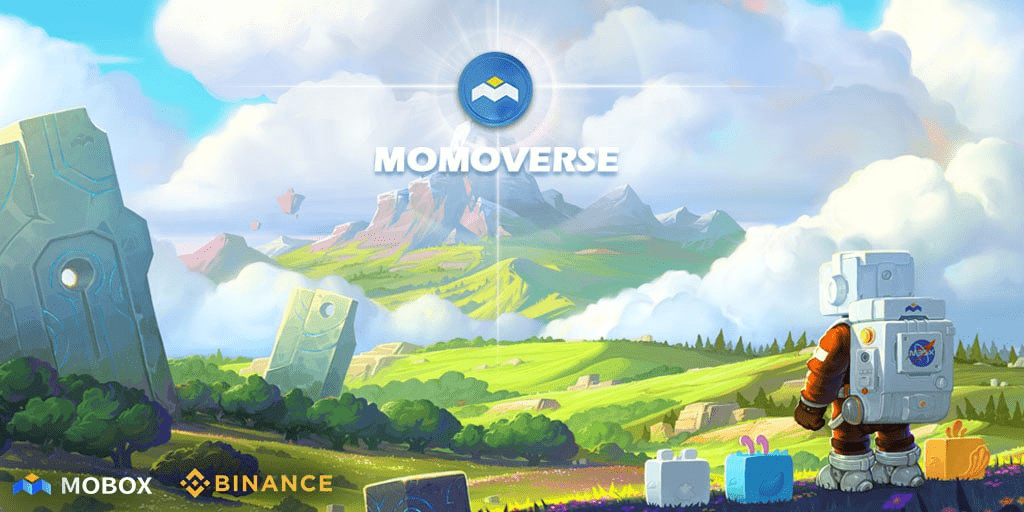 Since first launching in April of 2021, Mobox has continued to expand their offerings of play to earn games and gameified staking. Recently updating their homepage with a map-based interface, Mobox announces the first phase of its MoMoverse, launching on the Binance ecosystem (only available through the Binance app).

Mobox began small, as a simple decentralized finance (defi) site with rewards in the form of cutesy NFTs that you could stake to earn more MBOX tokens. Since then they have expanded tremendously, adding several new mobile-oriented games centered around their MoMo NFTs and streamlining their defi options. But not content to stop there, Mobox just announced the first phase of the Mobox MoMoverse! Running on the Binance ecosystem, registrations began on November 30th, 2021 for their avatar-based, play to earn, daily quest system.

In the MoMoverse, the players’ avatars and MoMo companions function as a personal node on the ‘MOBOXchain’ network. The MoboxChain will be an NFT POS blockchain network, that is controlled and governed by the game assets players own! The Mobox NFTs act as a personal node on the blockchain, allowing for lightning fast transactions. The MoboxChain has not yet launched. Until it does, the Mobox platform will continue running on the Binance Smart Chain.

How do I get started?

Until then, players access the MoMoverse through the official Binance app. Once you’re in the app, drag down from the homepage to access the Marketplace and click on the Mobox logo to enter the MoMoverse! After creationg a MoMoverse account, each player receives a unique avatar representative. Players can mine MBOX with their avatar and stake MBOX for mystery boxes.

Mystery boxes contain MoMos which increase your hashpower, allowing you to mine even more MBOX tokens! In addition, to celebrate the launch, Mobox is hosting a giveaway of 5000 Mystery Boxes! Each referral to the MoMoverse provides one ticket and the drawing will be held on December 6th, 2021. December 6th also marks the launch of the MoMoWorld Alpha. During alpha players will be able to test the MoMoWorld game and receive MBOX rewards. Once the open Alpha is complete, the official version will launch, including an NFT marketplace. The app lists two other games, Block Brawler and Chainz Arena, but it’s unclear when these two games will be available.

Mobox is a play to earn gaming ecosystem with a bit of decentralized finance on the side. The ecosystem offers several free to play games, but the main action requires owning one or more MoMo NFTs. MoMos are cute, box-shaped critters that can assist you in play to earn games like Token Master and Block Brawler. But they can also be put to work, mining MBOX tokens. Each MoMo has a hashpower that determines how much MBOX it can mine each day. With various upgrade options via MoMo merging and adding special gems, players can increase the hashpower of their MoMos and thus increase their daily earnings.

Players acquire new MoMos and upgrades through an in-app lottery system, or by purchasing them on the market.

Mobox supports and runs its own internal marketplace where players can buy and sell NFTs and upgrade items. With plans to expand onto their own chain. Mobox continues to build upon an already successful platform.