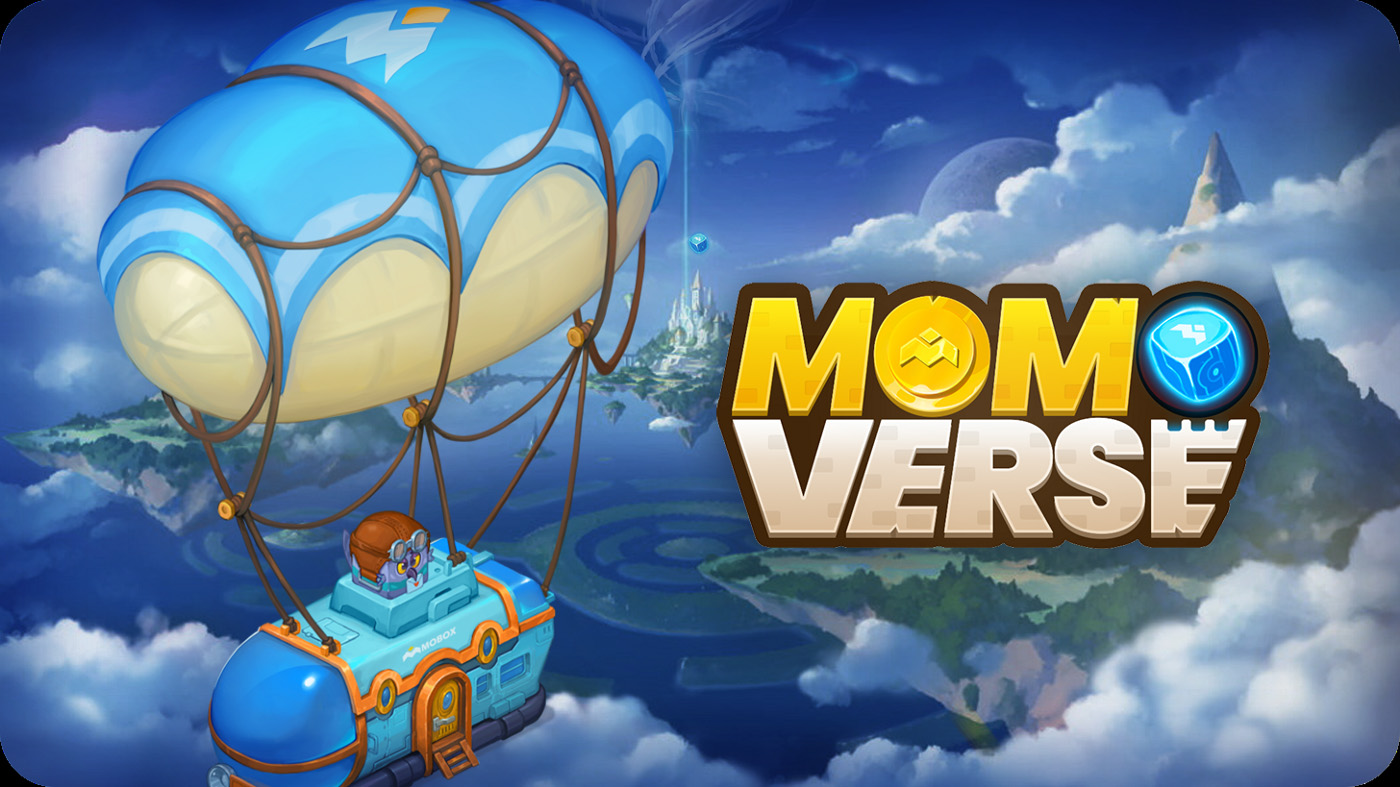 Since starting in early 2021 as a gameified DeFi system with a couple of very simple games to play, MOBOX has expanded their offerings to include three full games, with another in testing. Now, following in the footsteps of nearly every project on the blockchain these days, MOBOX announces their upcoming virtual world, Momoverse.

The MOMOverse is the upcoming central hub for a new system of interconnected apps. These include a new NFT marketplace, a network of social games, a museum for showing off your NFTs, and player Homes and crafting — just to start. The team has big expansion plans and MOMOs, NFT creatures with the ability to mine for tokens, will have a vital part in the MOMOverse economy.

MOMO are little box-shaped creatures that are NFTs which also earn MBOX tokens when staked in the Mining Camp. With the launch of MOMOverse, MOMOs will have several new mining options to choose from. These include Bird Camp. Beast Camp, Fish Camp, Monster Camp, and Epic Camp. Each Camp can only be mined by the corresponding MOMO type. The camps produce new types of resources. Respectively, Feathers, Leather, Pearls, Ore, and Gold. Higher quality MOMOs produce resources at a higher rate.

Once claimed, resources can be converted into building materials through crafting. This is divided into Normal and Advanced Synthesis. Advanced Synthesis requires a fee of MBOX tokens. But in return, the material production completes more quickly and the player increases their Mastery Level when crafting. Normal Synthesis just uses resources, but takes longer and doesn’t offer any experience gains. Higher Mastery Levels leads to increased chance of synthesizing higher quality materials and also allows for creation of higher level building materials.

All resources and building materials may be sold on the in-game market, providing opportunities for dedicated crafters to earn from their services. The in-game market will use the MBOX token as the main currency and includes a 5% on sell orders (purchase orders have 0% fees).

So what’s the point of all these new resources and materials? Building of course. Each player avatar can create a home with a number of different buildings. The Town Hall mints MBOX tokens based on the Home’s prosperity level. These can be claimed once every 12 hours. However, there is a window where other players can attack your Home and try to steal your tokens! Of course, you could do the same to them. Launching attacks requires an Airship. Or if you prefer to defend, then perhaps building up a mighty Lighthouse (reduces MBOX tokens stolen) would be a better option. There is also a Craft House and a Dockyard for your Airships.

These buildings can be leveled up and decorated to change their appearance. Players can visit friends’ Homes. The MMOverse also includes a Social Hub where players can gather, complete tasks, and view statues of the top ranked players of the day.

The Mobox team also released a few details about their planned second phase for the MMOverse. This includes a world map with PvP for territory control. It’s not apparent what use land will be, but I imagine there will be some use case beyond bragging rights.

MOMOverse phase 2 brings a ‘MOBOXer Shop’, allowing third parties to create and release tools and mods for the MOMOverse. There will be an approval system involved for these additions, but content creators will receive royalties from their contributions. It’s always great to see game companies acknowledge the value modders bring to games, and find a way to encourage and support that community!

MOBOX is a gaming platform running on the Binance Chain that includes some decentralized finance elements. Though it began as a defi system, the gaming side of Mobox is growing quickly. The site offers four games with play to earn elements, ChainZ Arena, MOland Defense, Block Brawler, and Token Master

Though obviously designed with mobile platforms in mind, the games can be played on desktop as well. They are all very casual, with rewards to the top players Most of the games provide opportunities for quicker advancement by spending MBOX tokens.

In addition to the games. Owners of MBOX tokens can stake them on the site for a steady return. Players can also enter lotteries for boxes that contain MOMOs, MEC tokens (used to upgrade MOMOs), and Gems (also used to upgrade MOMOs). MOMOs can be staked to earn even more MBOX. It’s a system that encourages feeding earnings back into it, but owners can cash out at any time. Tokens accumulate throughout the day.

Mobox recently announced their upcoming MOMOverse, which will bring an entirely new facet to their growing ecosystem.