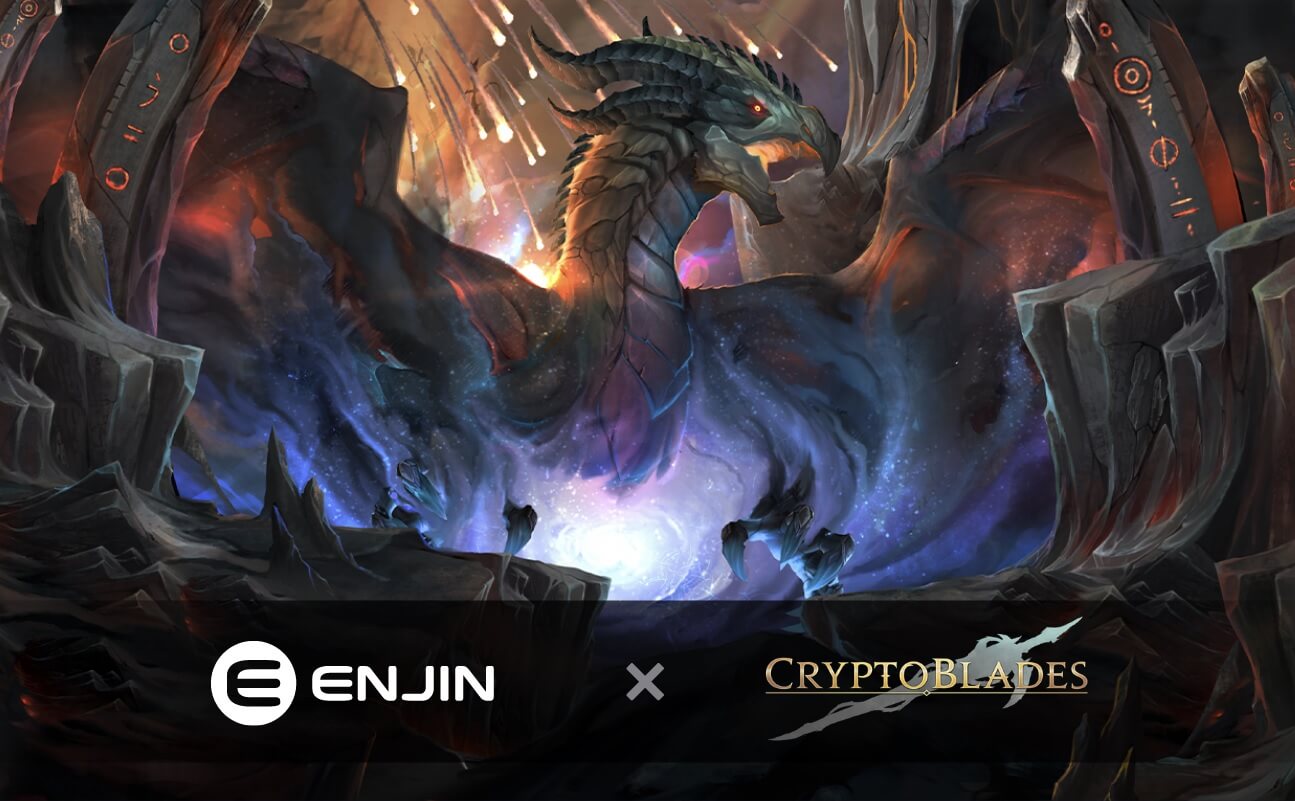 Enjin has announced a partnership with CryptoBlades, the play-to-earn DeFi RPG game developed by Riveted Games. This partnership should bring over 1.1M players to Efinity, the newly launched Polkadot parachain.

Efinity is a brand new blockchain developed by Enjin and built with gaming in mind. Efinity is built on Polkadot and got its parachain spot secured back in January.

Efinity is here to solve the problems of slow and expensive transaction fees, especially when minting or sending NFTs. Efinity is meant to be the NFT highway. Enjin promises a speed of 700 to 1,000 transacions per second and an average of 6 seconds to get a transaction confirmed.

The Efinity token ($EFI), will be the main utility token used to pay for fees. On-chain orders and trades are charged a transaction fees of approximately 2.5%. Eery $EFI holder will be able to participate in the governance of the network by voting for proposals directly from their wallet.

Efinity will also be able to use Snowfork, a cross-chain bridge allowing tokens and NFTs to be transfered between Ethereum and Polkadot chains.

Cryptoblades started on the Binance Smart Chain (now BNB Chain) but paved the way for multichain compability. The game is also available on Polygon, Avalanche, OEC and Heco chains, and Efinity compatibility will be coming soon.

Back in November 2021, Cryptoblades already launched their NFT bridge, allowing players to send their game assets across all compatible chains.

“Efinity will bring immediate value to users with native support for NFTs and a full suite of NFT gaming utilities developed by Enjin. Along with our play-to-earn title CryptoBlades, we are excited to make our NFT bridging, curated marketplace, and launchpad available via Efinity.”

CryptoBlades looks a lot like a game, but ultimately it’s also a DeFi yield farm. When your hero, or multiple heroes, are strong enough and you have decent NFTs, it’s time to optimize your gear. Crafting NFTs is a key element of CryptoBlades, and matching heroes with the perfect weapon is crucial for success. Players can also fine-tune their characters through traits, and unlocking abilities. The stronger these heroes become, the more SKILL tokens they can earn you.

Looking at CryptoBlades from a traditional gaming perspective, then it’s a bit of a passive experience. However, for gamified DeFi it’s actually quite deep. What’s even more interesting is that low level characters mainly play at a loss. Users that dive into CryptoBlades and expect to make money instantly, will realize they need to put some effort (and money) in it.

However, as the hero levels up and players earn better gear, their rewards become better. Better rewards means more SKILL tokens, and as you level up you will start earning enough SKILL to outweigh to BNB investment. As a result the best heroes and their gear become money printing machines, or at least mercenaries that make you SKILL tokens. Of course, you will also need to think tactically. Weapons and heroes have certain elemental powers, and these work better or worse against certain enemies.

The road for CryptoBlades has not been without failure. Since its launch the game had issues with its economy, and SKILL dropped in value. It’s a major challenge for game developers to really balance the economy of a play-to-earn game, especially when gamers demand instant richness. Look at SKILL, but also at the drop in value of SLP for example.