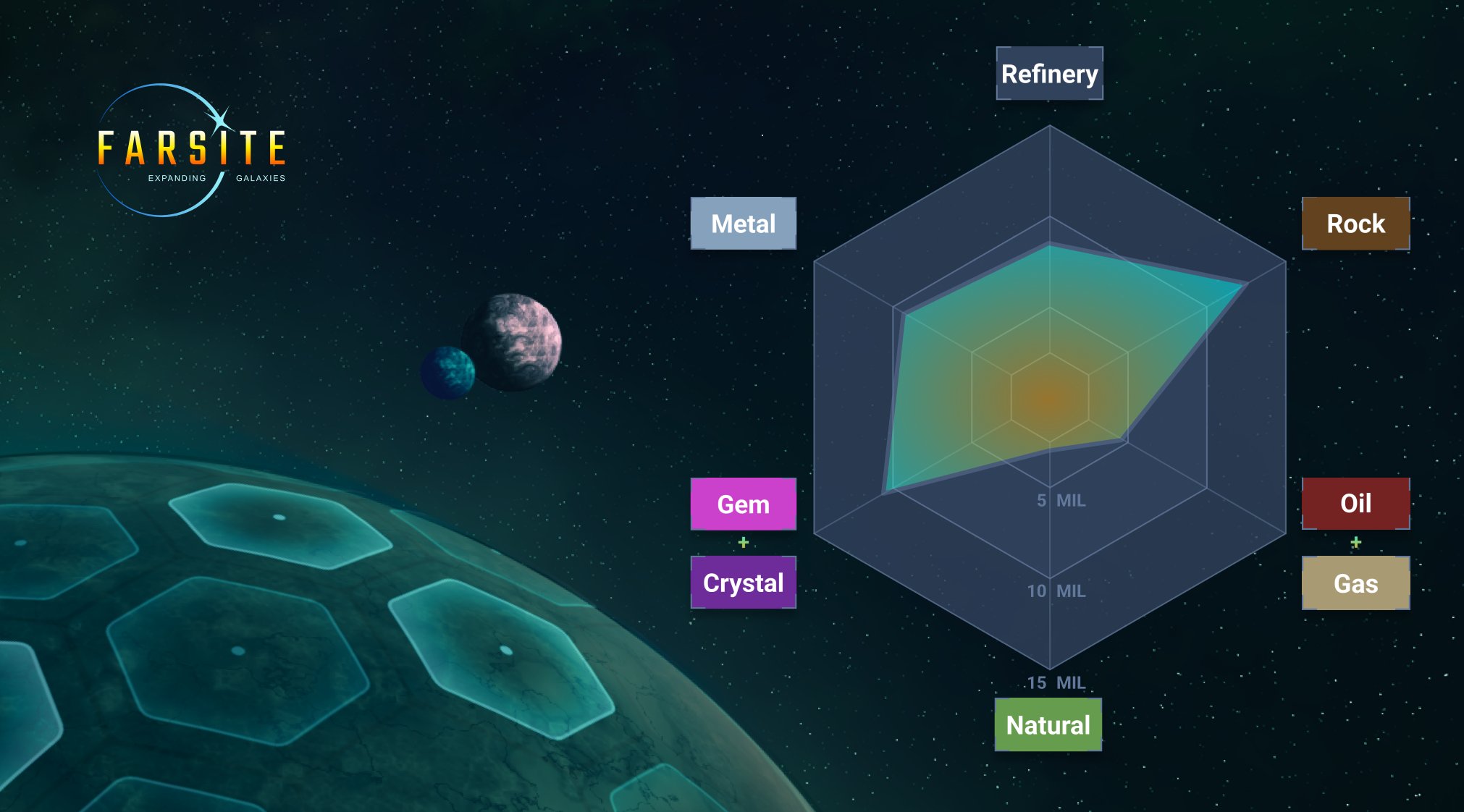 Until March, Farsite was the only seller of in-game items and NFTs. Most players had to buy resources and ships from crates at the store, and this is about to change.

Starting March 10th, all Farsite players will be able to exchange resources for Credits on an open market. To access the marketplace and sell or buy desired products, players must first travel to the Homestead station.

With the Marketplace Update a new base dismantling feature will be introduced to enable players to free up the space within their sectors and retrieve some of the resources they spent building one.

Players will be able to browse the marketplace by the type of resource or searc for specific resources. Advanced filters for max, min price, quantities, and reputation of the seller will be available from the get-go as well.

Buyers will have to pay a fee for each transaction. The fee is 1% of the purchase price and is paid in credits, the second layer currency of the game. The first layer uses FAR, and 1 FAR = 1000 Credits. All bought resources will be placed in the station’s storage. All transactions are final and can’t be reverted.

The marketplaces, like everything else in the Farsite’s Universe, are location-dependent. Each station symbolizes a market; in order for an item to be exchanged on a market, it must first be brought there on a ship. The number of stations will increase over time as participants are able to construct new ones in order to receive a portion of every trade.

Players will be able to put buy and sell orders on most types of items on stations to highlight the demand for certain items in certain places.

The marketplace will support unique tokens,like Ships and Modules, as well as countable tokens, like Components and Resources.

During Pre-Alpha, players are only able to buy and sell resources. However, further down the road, the market will evolve and will allow players to place orders for ships, modules and other unique items.

Farsite is a blockchain-powered MMO game with elements of real-time strategy. The game’s economy uses aspects of decentralized finance on the Ethereum blockchain. Players can take on all kinds of roles to be part of a bigger intergalactic economy. Players could be a hauler, a complete contracts by moving goods between space stations. They could also be a miner, gathering resources, or a manufacturer who creates tools and items. The universe of Farsite also offers space for governance over stars, mercenaries, pirates, politicians and of course traders.

Players own and produce all the items in the game. Building items requires a blueprint, components, a base on a planet and Credits to pay for services. Establish a base on a Planet in a hunt for rare materials to craft powerful Ships and Modules, trade on the open market, fight for loot and honor to govern the entire Constellation!

Farsite also boasts an interesting feature called Credit-backed NFTs, or cNFTs. Every Ship and Module is a cNFT. This means it is backed by a certain number of game Credits. Players burn cNFTs to destroy the NFT and receive Credits. This feature guarantees that every cNFT always has minimum value.

The game is currently in pre-alpha. Pre-alpha is PvP free, allowing players to accumulate Resources and build up infrastructure before conflict is unleashed upon the galaxy.