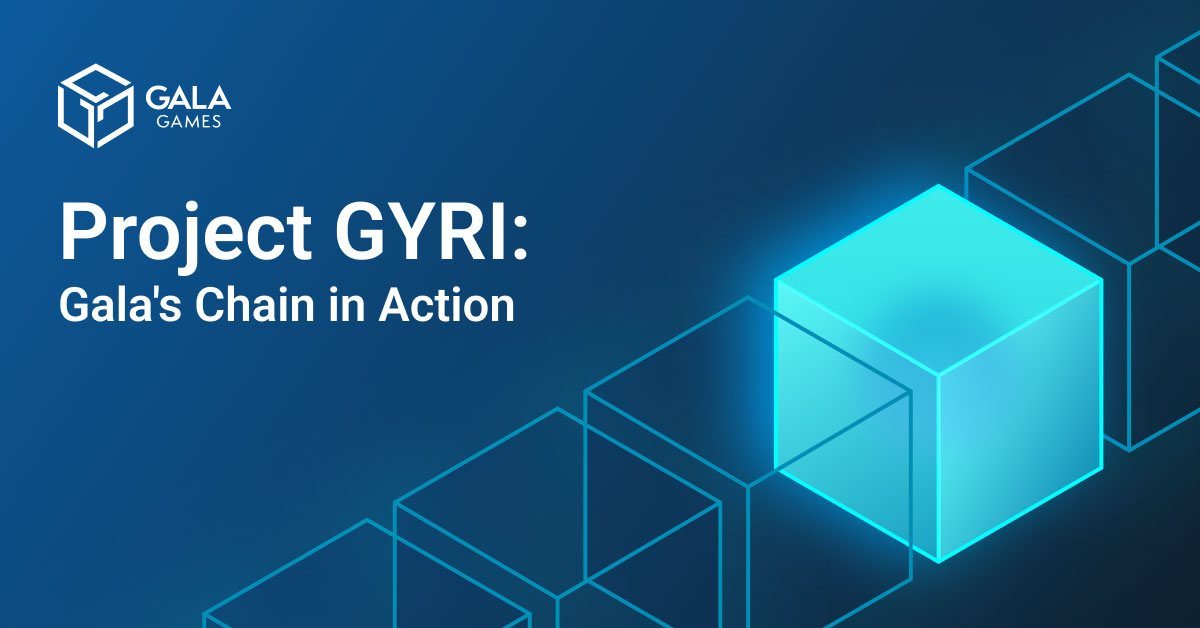 Gala Games is working on its upcoming blockchain to support its whole ecosystem. With the recent announcements about Gala Music, and now, it is clear that Gala is expanding way beyond blockchain gaming. Here is what we know so far about the project and the roadmap ahead.

Gala Games recently posted a blog post about the progress they are making on Project GYRI, the codename for their upcoming blockchain. The final name is still unknown, even if most of the community is referring to it as the Gala Chain. According to the company, developing their own blockchain to support their growing ecosystem is one of the biggest steps they have ever taken.

We recently announced the launch of Gala Music and the Gala music nodes. The Gala World is expanding and it is doing it fast. The blockchain they are building is part of the company’s plan to move away from Ethereum to offer fast and cheap transactions to their users as quickly as possible.

The Gala Chain will begin as a permissioned blockchain. This means that game developers building on the platform will agree on any changes made to the blockchain. As the project will progress, they will gradually delegate the operations to Node operators.

What’s next for the Gala Chain?

Gala always said that for them, gaming comes first. And this is not going to change with the development of their blockchain. In the coming weeks, intensive testing will begin in the form of a community-wide playtest for a new game. The project will be a Town Star themed game, entirely created to demonstrate and test the efficacy of the Gala Chain.

Players will be able to play-to-earn a token called TEST. The TEST tokens will only be used as the in-game currency for this test project. There will be no way to sell or transfer these tokens. But, being in the play-to-earn space for a while, we know that participating in the early stages of a project often offers some perks in forms of airdrops or other benefits. The test game will be available to anyone, through their standard Gala Games account. The company will publish more informations and will hold AMAs soon.