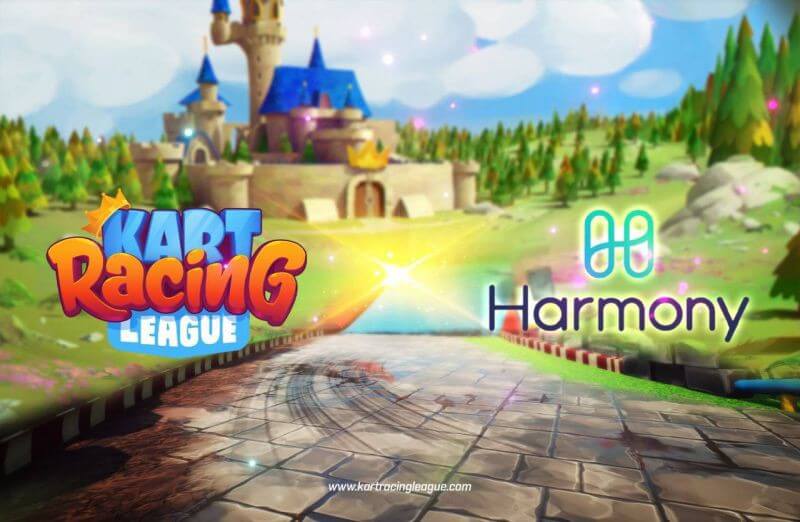 Miami-based metaverse gaming studio XYZZY has partnered with Harmony to bring their play-to-earn kart racing game to the Harmony blockchain. Harmony (ONE) is a blockchain that aims to build a bridge between scalability and decentralization efforts. This partnership aims to create a new governance token, new NFTs, improved gameplay, new rewards, and a new play-to-earn model for Kart Racing League.

XYZZY, the developers of ‘Realms of Ethernity’ (RoE) MMORPG, is launching soon the long-awaited kart racing title, Kart Racing League, and it will be on the Harmony One blockchain. This NFT play-to-earn game is supported by industry titan Mark Cuban, the billionaire, entrepreneur, media mogul, and Shark Tank personality. Harmony (ONE) will host the game on their platform and collaborate with XYZZY to produce a new governance token, in-game rewards token, new play-to-earn mechanism, and a new and improved appearance for the extremely popular game.

“We are very excited to be partnering with a leading, community-focused blockchain like Harmony, and we’re currently in discussions to launch one of our original web3 gaming titles. We have an active community of over 20,000 people for this game, of which 10,000 are token holders and at least 5,000 are scholars of some of the world’s biggest gaming guilds. We’re ready to see these numbers climb to unprecedented heights following our relaunch of the game.”

A representative of XYZZY

XYZZY will work closely with the Harmony team to deploy smart contracts on Harmony One for project tokens and NFTs, as well as integrate the Harmony One blockchain into new and existing XYZZY projects.

Harmony focuses on building low-cost scalable and secured blockchain infrastructure and an eco-friendly stake consensus protocol. Kart Racing League also aims to build a sustainable blockchain gaming experience and a stable future game economy for the long term. This similar vision has led to this partnership, and they will be cooperating for the same.

What is Kart Racing League?

Kart Racing League is the flagship title produced by Blue Monster Games (BMG), an NFT gaming company that has been aggressively expanding its infrastructure to generate more and more blockchain titles while also updating and improving their older games such as KRL. BMG intended to build this racing game into a metaverse experience that would make use of your Racer NFTs. In January 2022, they did a buyback of KRL tokens from all the interested holders, which was a precursor to Kart Racing League’s incorporation into the new BMG Metaverse. The recent partnership is also a further step in this direction.

Kart Racing League is a play-to-earn NFT game in the Mario Kart format that features 3D NFT characters. This game is based on the Axie Infinity‘s economic concept. When players win races and tournaments, they are awarded EOC and KRL, the game’s cryptocurrencies. The KRL token serves as the project’s governance token, analogous to Axie Infinity’s AXS. Furthermore, like Axie’s SLP, EOC (Essence of Creation) is the in-game inflationary money.

You must possess a 3D Racer NFT character to play the game. In return for spending part of the cryptocurrency tokens, players will be able to “evolve” their racers, which will result in the creation of a new NFT – they will keep the original, and a new bigger and better NFT will be produced. Consider it nearly like evolving a Pokémon, since the new NFT will have enhanced qualities and a different appearance. The game’s version of breeding/duplicating your NFTs is this dynamic process. Any new characters players create could be resold and lent out on the game’s Marketplace.

“The lending aspect will be a game-changer that sets us apart from the other big play-to-earn projects like Axie Infinity.”

The Kart Racing League world has different lands such as snow, desert, graveyards, candy, volcanoes, and more exciting obstacles and terrains. Each world has three difficulty levels. Each racer is unique, with parameters such as Mass, Durability, Handling, Speed, and Acceleration. Each race will have up to eight characters, and players can use five power-ups during the race: Repair, Bullets, Guard, Missile, and Turbo. Players can compete in multiplayer format on different racing tracks with features of speed, acceleration, collecting power-ups, etc., and collect or trade NFTs.

What is Harmony ONE?

Harmony (ONE) is a fast and open blockchain. Its mainnet supports Ethereum compatible apps with 2-second transaction completion and 100 times reduced rates. Its secure bridges enable cross-chain transfers with Ethereum, Binance, and other networks. Harmony is growing DeFi and NFT’s Web3 infrastructure by bringing zero-knowledge proofs (ZKPs) into production and decentralizing governance by financing thousands of Decentralized Autonomous Organizations (DAOs).