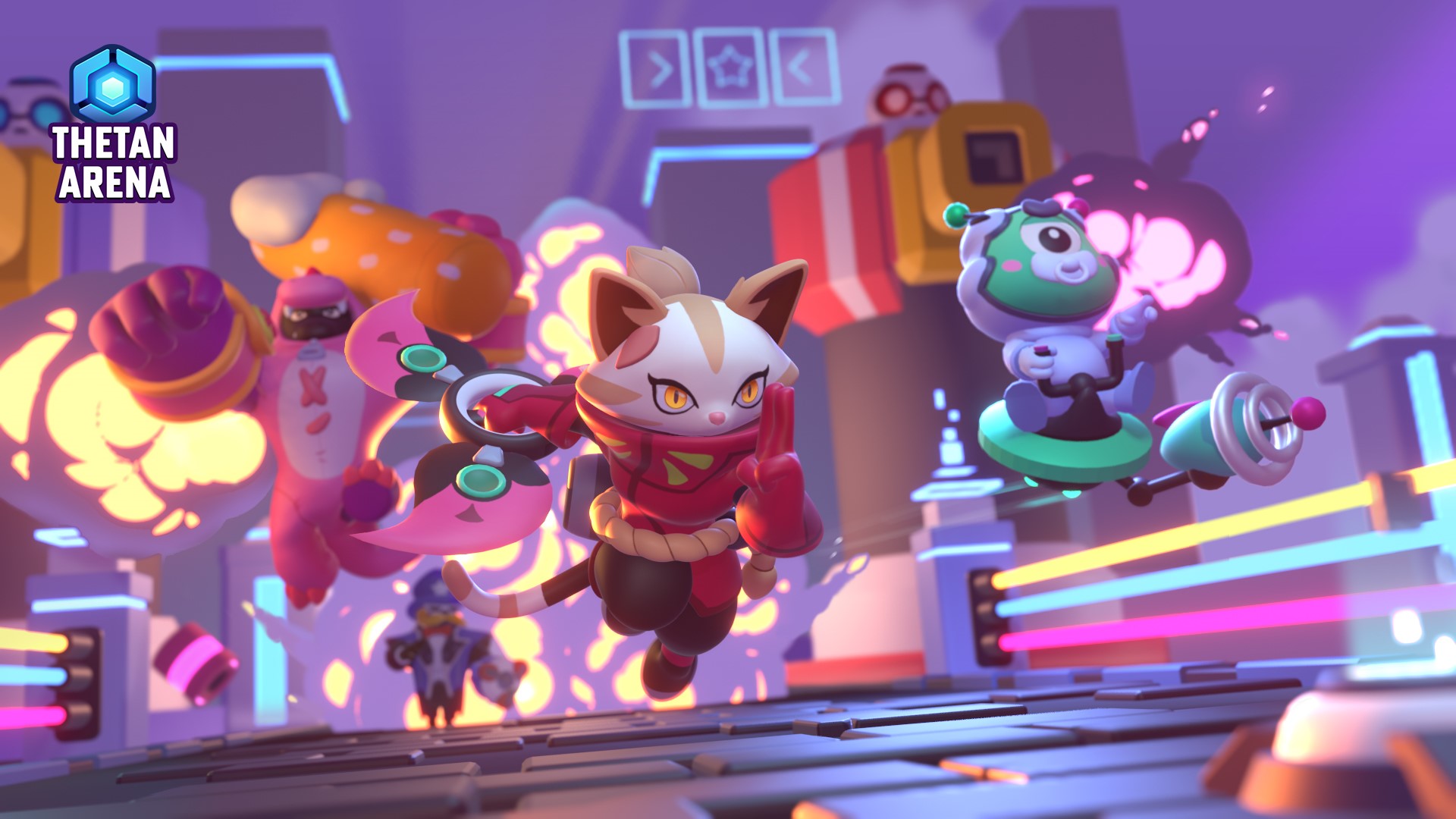 After the official launch Thetan Arena has been on quite a ride.  The instant registration of millions of users is because the game is a rebadged version of the existing game “Heroes Strike”. It’s not surprising that given a play to earn platform, a large number of players from the previous game registered with Thetan Arena.

In addition to the millions of registrations, the first flash box sale returned an income to the game treasury of $27.97 million.  On the 12th of December WolfFun announced they would use 100% of these funds to buy back their in-game cryptocurrencies, THG and THC to support the in-game economy.

While Thetan Arena has a lot of promise, the current price of THG and THC has diminished significantly.  At the time of writing in the last seven days Thetan Arena (THG) and Thetan Coin (THC) were down 26.3% and 21.92% respectively.  While WolfFun has announced a buyback, they are yet to announce specifics, and the community hasn’t yet seen the impact that the buyback will have. While WolfFun is a proven game studio and time will tell if they can create a self-sustaining crypto economy in the play to earn space.

What is Thetan Arena?

Thetan Arena is a multiplayer online battle arena game, which everybody can play and enjoy. The game uses NFTs to give players ownership over game characters and certain items. It also features a free to play option without NFT.  There are two tokens THC and THG. Players earn Thetan Coins through gameplay and can spend this on for example NFTs. In addition, Thetan Gem, which serves more as a governance token also has a function to upgrade characters in-game.

The competitive game officially launched in November on Android, iOS, and PC. Next up the project team plans to introduce cosmetics, hero staking, pets, and a rental system.  Further in the future, we can expect features like guild wars, guild stores, integrated tournaments, and seasonal content.

The development team is very active, both in fixing bugs and on their socials.  Visit the website or stay tuned to Play to Earn for the next update to learn more.

The game launched with four different modes each of which has their own appeal.  The types of games are:

There’s a Free to Play which enables you to earn but requires an extremely skilled player to do so.  However, using a free to play character isn’t rewarded with THC for each battle.  If players choose to purchase a character they can win THC for each successful game they play.  The cheapest characters on the market currently sell for approximately USD 80.