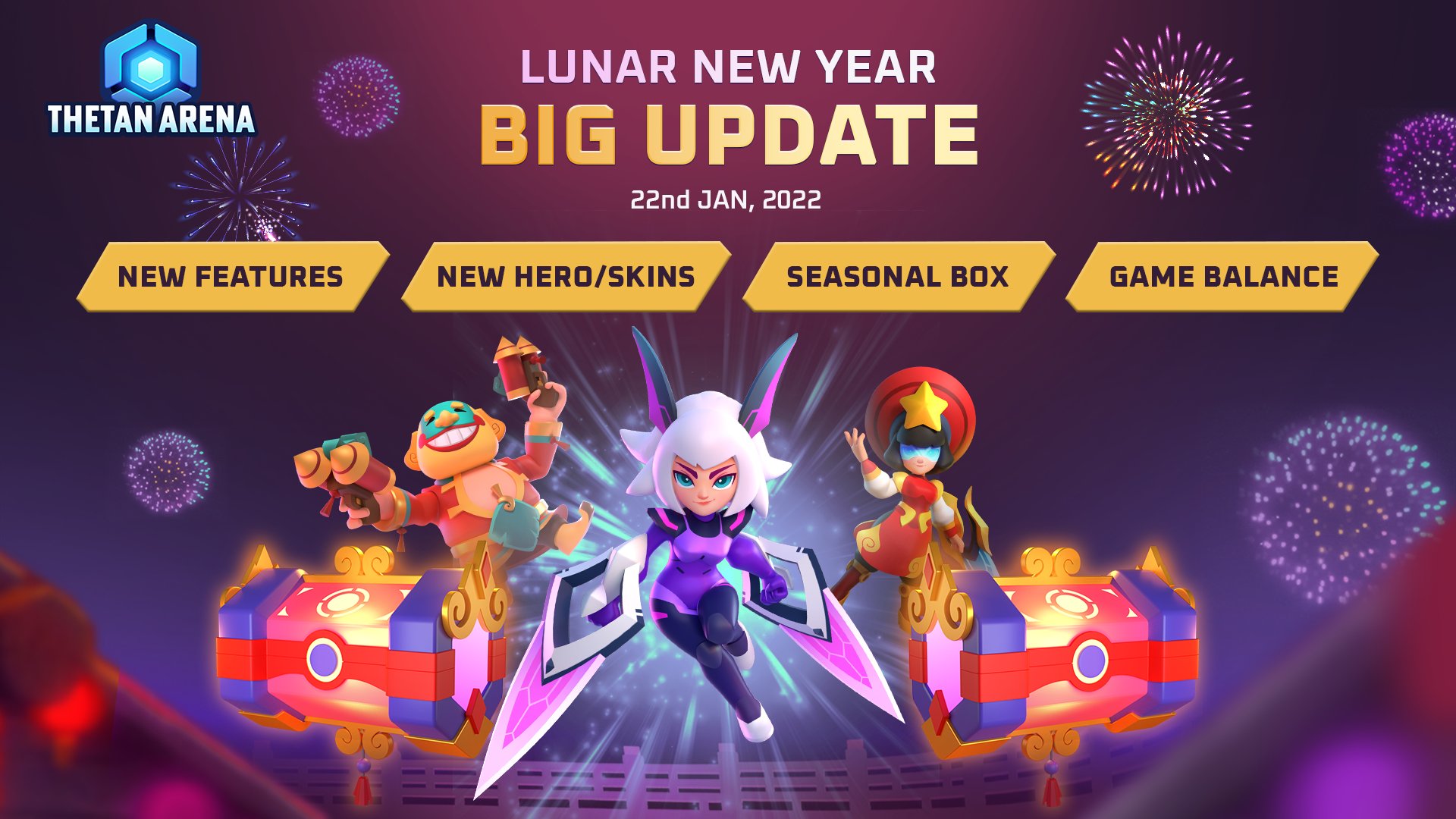 Thetan Arena is set to release the biggest update to the game since its launch.  The Lunar New Year update will take place on January 22nd, 2022.  This follows a convert and THC burn program which took out of circulation 100,000,000 THC (USD $12.12M).

The 2022 January update will bring some big changes as the largest update since launch. This includes character balances, and the anticipated appearance of Velvet, a legendary character not yet released.

Velvet will join Taekwon and Mortal as a Legendary Assassin.  Velvet wields two laser swords and will have high-speed stats. Her standard skin includes a mech suit of armor capable of flying.

While it’s not yet certain another feature hinted at release is the much anticipated Hero Rental. Although there are no details published yet the “Rented” button appearing in the games inventory system may be an indicator that this feature is scheduled for release this month.

Optimization of the game includes game balances (possible character buffs) and an improvement to matchmaking.

When the program team launched the first THC convert program it was arguably too successful. It exhausted funds allocated in less than three minutes. With rates ranging from $0.50-0.70 depending on the lockup period that wasn’t a surprise.

The second converting program, which only offered $0.18 has failed to use allocated funds despite offering a twenty-four-hour extension. At time of writing it had used only 3.5 million of the allocated 13 million available.

Despite the convert and burn program, over the last month THC and THG have decreased 61.65% and 49.47% respectively.  While the entire cryptocurrency market is in decline that’s a big drop.  On-Chain metrics indicate wallets interacting with the Thetan contract have decreased from ~6,000 per day to just over 1,500.

This however hasn’t stopped the dev team who are releasing bug fixes and new features nearly daily.  As the game is only two months old it’s still early. The struggling economy does offer opportunities. Players can purchase NFT Heroes in secondary markets for less than USD 10.

What is Thetan Arena?

Thetan Arena is a multiplayer online battle arena game, which everybody can play and enjoy. The game uses NFTs to give players ownership over game characters and certain items. It also features a free to play option without NFT.  There are two tokens THC and THG. Players earn Thetan Coins through gameplay and can spend this on for example NFTs. In addition, Thetan Gem, which serves more as a governance token also has a function to upgrade characters in-game.

The competitive game officially launched in November on Android, iOS, and PC. Next up the project team plans to introduce cosmetics, hero staking, pets, and a Hero fusing system.  Further in the future, we can expect features like guild wars, guild stores, integrated tournaments, and seasonal content.

The development team is very active, both in fixing bugs and on their socials. For more information visit their website.