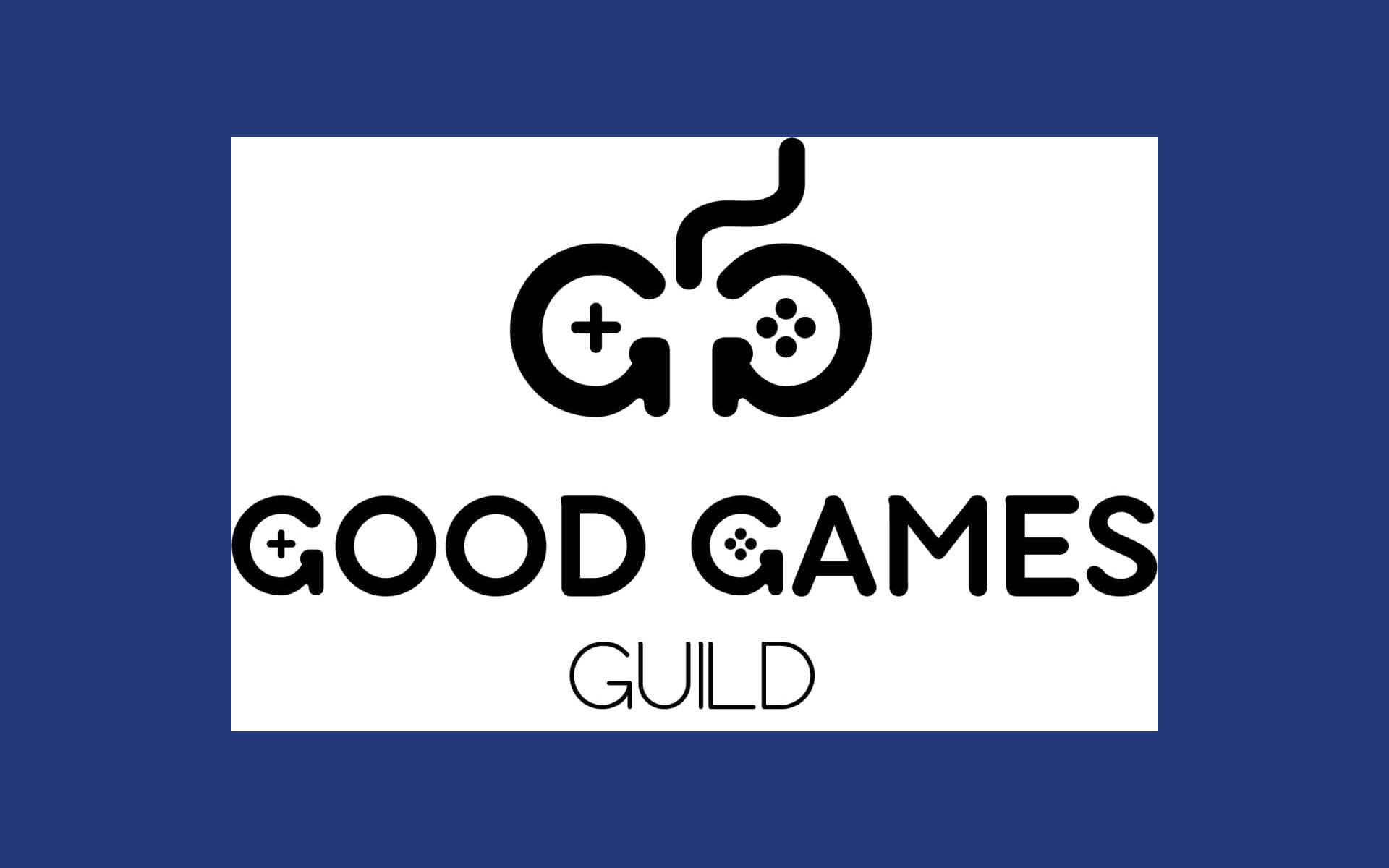 Good Games Guild (GGG) is a gaming hub focused on blockchain games. It invests in play-to-earn game assets and sponsors players to fulfill its vision of helping anyone make a living out of gaming.

What is Good Games Guild (GGG)?

Good Games Guild (GGG) is a gaming community with a focus on blockchain-based games. It’s an organization with a core team of sponsors and game players who work together to boost the guild’s virtual world economy. GGG provides sponsorships to new play-to-earn (P2E) gamers who may not be able to afford the initial requirements of games based on non-fungible tokens (NFTs). In turn, the guild enjoys its share of earnings from the wins of its players.

How does Good Games Guild work?

As a special type of Decentralized Autonomous Organization (DAO), GGG sets its own rules on how its members benefit from the guild.

Like other crypto gaming guilds, GGG has scholars. The guild sponsors these scholar players by investing in play-to-earn games. Specifically, they purchase the initial in-game NFT characters required to play the game. In turn, the scholars get to play without having to invest in the NFTs themselves. Whatever they earn by playing, they share within the guild according to GGG’s rules.

In other cases, GGG invests in land NFTs that are used in the metaverse. The guild rents out virtual land and allows renters to use them for metaverse activities in exchange for a rental fee.

The Good Games Guild also plans to have its own NFT marketplace. GGG will charge 1.5% per transaction, which is one other way for the guild to make money.

As the guild grows and earns, GGG members receive rewards and incentives. To become a scholar player, you need to join the guild’s Discord server and register whenever the team opens available slots.

GGG has a pretty active Discord community where aspiring scholars can apply for scholarships. The team announces scholarship openings for new games on the #guild-announcement channel on the GGG Discord server. Here, any GGG Discord member can register for the specific scholarship batches through Google Forms.

The team goes through the applications and announces the awardees on the same Discord channel. Anyone can join and have the chance to get into a batch of scholars. A batch can have upwards of 70 or even 100 slots, depending on the game.

How to make money as a scholar

Scholars and the guild, as a whole, will split earnings from different games. Axie Infinity scholars, in particular, earn Smooth Love Potion (SLP) tokens in the game and take 65% of the SLPs. The guild takes the remaining 35%. This ratio may change depending on the guild’s preferences.

*Please note that due to the dynamic nature of scholarship programs, the below instructions are current as of the time of this writing but are subject to change often. For more support with the process, join Good Games Guild’s official Discord and Telegram groups.

To get started as a GGG scholar, follow the steps below:

Step 2: Follow the verification rules to prove you’re not a bot.

Step 3: Head over to the #guild-announcement channel inside the GGG Discord server.

Step 5: Register to be a scholar for the game that interests you. Note that there’s a corresponding Google Form for each game.

Step 6: Wait for the announcements to see if you’re one of the qualified scholars.

How to make money as a manager

GGG token holders automatically have the privilege to stake their $GGG and earn rewards. Currently, the guild doesn’t seem to have openings for managerial roles per se. But, half of the revenue made by the guild—including those they earn from scholarships and NFT renting profits—will be shared by GGG token stakers.

To become a manager, the GGG admins look for community members who are actively engaged with the Discord, attend events, answer questions, and show a genuine interest in the prosperity of the community. Like many other DAOs, contribution is permissionless, and those who contribute the most are often offered positions within leadership, along with exclusive perks. According to our conversations with them, the GGG admins also look for previous experience in the play-to-earn ecosystem when considering picking out managers from the community.

GGG’s Discord community gets excited from time to time as moderators announce new scholarship slots. The team listens to what gamers would love to play next. In May and June of 2022 alone, the guild has opened about four new batches of scholars for four new games.

Good Games Guild also makes sure the games they choose have high earning potential. It’s already sponsoring players for Axie Infinity, CyBall, and Pegaxy. The latest partner on its list is Cantina Royale, a tactical action shooter game that you can play on both desktop and mobile devices.

Good Games Guild has attracted big industry names such as Animoca Brands. This company is known to back promising blockchain projects, such as AAA play-to-earn game titles. It has also partnered with Illuvium, an upcoming P2E role-playing game (RPG) on Mac and PC.

Good Games Guild is newer and still smaller compared to other blockchain gaming guilds. At the time of writing, it only has 1000+ scholars compared to the whopping 25,000+ players that Yield Guild Games (YGG) is already sponsoring.

If you don’t go inside GGG’s Discord server or don’t follow GGG on its Medium blog, you won’t find much information on how to be a scholar.

Good Games Guild was founded in 2021 by B.E. Suryadi and Aditia Kinarang. The guild aspires to become the “world’s biggest gaming hub for play-to-earn games.”

In November 2021, GGG introduced the Good Games Labs as its investment arm. In December of the same year, it also established MetaversePad as a multichain launchpad for metaverse and blockchain game projects.

GGG continues to grow its list of partner games, some of which are already actively launched in the GGG ecosystem. The guild either has active players or is currently opening a fresh batch of scholars for the following titles.

The guild has its own governance token called the $GGG. Owning these tokens gives you several privileges, including the right to vote whenever the guild needs to make a new key decision.

You can earn $GGG as rewards for activities within the guild and use it to pay for items and services in the guild’s ecosystem. If you’re not interested in becoming a P2E gamer, you can still buy $GGG from cryptocurrency exchanges such as PancakeSwap and KuCoin.

If you own $GGG tokens, you can also stake them for more rewards.

Staking your GGG tokens means you’ll earn rewards for holding $GGG in your crypto wallet. The guild distributes 50,000 $GGG per week to those who participate.

You can stake your $GGG in one of two ways. The first staking system only involves GGG tokens in a single-sided staking pool. This reward pool will have 10% of the total $GGG rewards. If you choose this system, you will have your share of the 5,000 $GGG distributed per week.

Meanwhile, the second system involves the Binance coin called BNB as the Liquidity Provider (LP) token. If you choose this type of staking system, you’ll have your share of the whopping 45,000 GGG tokens to be shared per week. This is 90% of the total weekly reward pool.

Step 3: On the “Market” tab, check the active exchanges where $GGG tokens are listed.

Step 4: Choose which platform you prefer to buy $GGG from.

Step 5: Suppose you chose KuCoin. Click on the corresponding GGG/USDT link under the “Pairs” column.

It will lead you to this page.

Step 7: If you don’t have any crypto balance yet, you need to either deposit or buy crypto first. Since you want a GGG/USDT exchange, you need USDT.

Suppose you already have USDT at another crypto wallet. You can click on Deposit. Choose the appropriate network (the same one that your other wallet uses). Deposit your USDT on the revealed address using your other wallet.

Now, suppose you don’t have any crypto balance in any other wallet. In this case, you can click on Buy crypto to buy USDT at KuCoin using fiat currency.

If your local currency isn’t listed, you can use USD. Buy USDT with USD using the available payment options. Visa and Mastercard options are available.

Step 8: Exchange your USDT for GGG, i.e., buy GGG with your USDT using the trading instructions at KuCoin.

Note that each crypto exchange has a different look and feel. Some platforms make buying crypto coins easier for beginners than others.