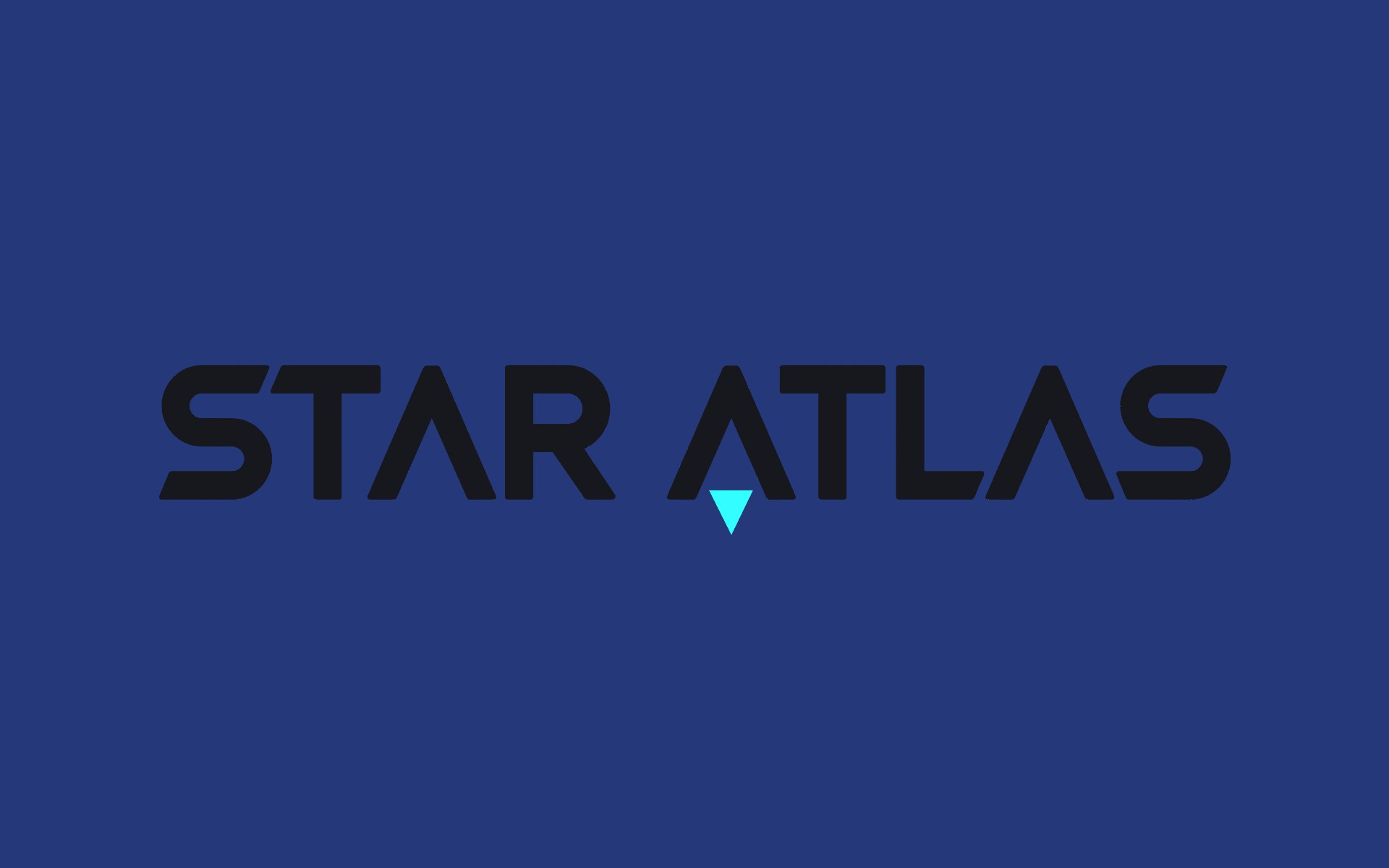 Star Atlas is an upcoming multiplayer gaming metaverse with elements of space exploration, political domination, and conquests of territory. It is currently being built on the Solana blockchain.

What is Star Atlas?

Star Atlas is an online strategy game of space exploration based on the Solana blockchain. It’s a vast open-world, multiplayer metaverse set in the distant year 2,620. In the game, three factions—humanity, alien races, and androids—are vying for control of resources, territory, and political influence.

You, the player, must undertake difficult challenges in Star Atlas in order to mine, gather, and outwit other players in the metaverse. You will pay taxes, exchange assets, and participate in real-time trade, alliance building, and combat with other players while playing the game.

Gamers will have the opportunity to earn money for the effort and skill they put into the game.

Star Atlas is set to release on PC in 2022, and it’s currently being built using Unreal Engine 5.

Michael Wagner, the CEO of Star Atlas, is a serial entrepreneur with formal experience in capital investing and Bitcoin before diving into the world of NFTs and blockchain gaming.

The development team for the Star Atlas project was put together in 2020. The game was initially published in January 2021.

The developers, investors, and individuals working hard to create Star Atlas intend it to be one of the most ambitious projects in the entire crypto space. And with breathtaking visuals, rich lore, and immersive metaverse gameplay, there’s no doubt they’re going to create a AAA title that will be loved by both gamers and crypto fans alike.

How does Star Atlas Work?

The human race, robot species, and alien species are the three main groups that make up Star Atlas’ Realm.

They are named the MUD, ONI, and USTUR, respectively.

In Star Atlas, the factions are divided according to the inhabitants’ species. These species include aliens rule ONI Region, sentient androids rule Ustur Sectors, and humans rule MUD Territory. People from a wide range of occupations make up each faction, and they cooperate in fighting one another for resources and political power.

A human population known as MUD Territory has left Earth in an effort to create a new home in the universe. They employ technology as a weapon of mass destruction against the two rival groups.

As it is governed by extraterrestrial civilizations, the ONI Region is home to a wide variety of alien species. They are using technological and biological intelligence to terrorize the other two groups.

Lifelike robots with cutting-edge innovations and their own consciousness are the dominant force in the Ustur Sector.

In order to compete for resources and establish dominance over a region, players must choose their factions and participate in faction wars.

The main objective of the game is to explore space in search of new, interesting planets and hidden treasures.

As a result, there is an even greater incentive for players to explore these areas in search of valuable in-game resources. As a result, Star Atlas players could use the “Play to Earn” concept to earn while they play and take on many different professions in order to earn real-world money.

There are numerous professions that a player can choose and leverage to earn tokens. Some of them include:

Players in Star Atlas have full control over their digital assets, and there are a huge number of non-fungible tokens (NFTs) available. These NFTs include a variety of objects, such as:

In the ecosystem of Star Atlas, each of these NFTs plays a unique function. In Star Atlas, spaceships are the most important element because you use them in both PVE and PVP modes to attack and defend against your enemies. Spacecrafts are also necessary for deep space exploration and the search for additional resources.

Almost everything that exists in real life will be represented in Star Atlas as NFTs, including:

Additionally, all of the ships are categorized according to their rarity, which ranges from anomaly, rare, and uncommon to legendary, with each one having distinct characteristics and intended for a specific task. Players can buy and use a variety of ship types in the game, including:

Star Atlas has two tokens that drive the in-game economy: ATLAS and POLIS.

Star Atlas’ primary currency, ATLAS, can be used to purchase various assets. The assets that can be purchased with ATLAS include:

ATLAS operates similarly to any currency used in the real world, but it’s presented in a metaverse setting.

Though initially used for asset purchases, its applications may expand as the game develops to include the fulfillment of more complicated purchases and the acquisition of newer items.

POLIS is the currency that serves as the foundation for deciding on policies and other economic issues within the DACs. Additionally, players who own more of these tokens will have more influence over legal issues within the Decentralized Autonomous Organizations (DAOs) in charge of minting and distributing ATLAS for use in building projects.

Star Atlas isn’t a free-to-play game, and a Solana wallet will be necessary to make in-game purchases. The minimum costs for items like common ships can be as low as $20.

How to play Star Atlas

As of now, the Star Atlas gameplay consists only of the SCORE mini-game. In the future, the team plans to expand the game into a sizable online game with tons of core features to explore and enjoy.

You can begin playing the SCORE mini-game as you have purchased your Solana and entered it into your Phantom wallet.

You will start off at play.staratlas.com. Your first task will be to select one of the three Factions that we listed above after your wallet has been linked and money has become available.

You can access the Marketplace and buy NFTs, which are required for playing the game, after selecting your faction. The Ships tab will be the first to appear in the Marketplace.

Once you have a ship NFT in your inventory, you can proceed to the “Faction Fleet” section. From there, you can choose various options, including fleet enlistment, fleet management, repair fleet, and more. Players can use their ships to build a fleet in SCORE, feed it resources, and gain ATLAS. Your ship uses resources as it travels through the galaxy and produces ATLAS. To continue earning $ATLAS and rewards in SCORE, you must ensure that your ships are fully stocked with resources. If you need more resources, you must use your ATLAS currency to buy them from the Resources tab in the respective Marketplace.

Your ships will need the following four resources:

These resources are all used up at various rates.

For now, that is all there is to the gameplay.

In the future, more SCORE content, as well as the initial tier of CREAM (another gameplay element), will be added.

The long-term goal of Star Atlas is to grow into a sizable online game with a ton of core features to explore and delve into. To take advantage of the discount, however, you can start playing the mini-game right away. Below, you’re going to learn more about the Star Atlas NFTs and the game currency you’ll be earning as you play.

How to earn money on Star Atlas

In the all-encompassing metaverse Star Atlas envisions, there will be countless ways for players to make money. For now, players can start earning by purchasing a starship and enrolling it on various missions to earn ATLAS.

You need to own at least one starship in Star Atlas in order to send it on missions and earn money. The game now offers a wide range of spacecraft, the least expensive of which costs 20 USDC or slightly more than 200 ATLAS.

You will receive ATLAS points for every spaceship you have on a mission, but they will also deplete over time and need replenishment. Currently, an enlisted spacecraft will need four different types of resources: food, ammo, fuel, and a repair or toolkit.

The effectiveness rate of the aforementioned materials differs for each spaceship. Therefore, a $20 spacecraft would use 0.15 ATLAS worth of materials daily and earn 0.95 ATLAS daily, while a high-end spacecraft might make over 100 ATLAS daily, but the daily maintenance cost would be higher.

However, since owning a high-end spaceship will result in more income, it will ultimately be much more effective than owning one that’s on the lower end of the spectrum.

After buying a starship through USDC or ATLAS, you can instantly enlist ships.

Pros and cons of Star Atlas

Due to the genuine care and anticipation that the Star Atlas community members showed, it is clear that they are the organization’s best asset.

Community is at the core of all respectable Web3 organizations. With such stable investment backing, a qualified team of developers, and a dedicated community anticipating its release, it’s safe to say Star Atlas could be the most successful blockchain gaming project the industry has seen.

With players being able to participate in the in-game economy through personal ownership and hundreds of different professions, Star Atlas promises to deliver one of the most well-rounded game economy experiences of any game in history.

Lack of certainty on whether or not the project will deliver

Many people have been rather skeptical when it comes to all the promises Star Atlas is making – and who could blame them? With the vision to create an entire metaverse experience with elements of space exploration, the team definitely has a long way ahead of them if they are to fulfill the expectations of players.

Players on forums have noted that the most annoying feature of the game is the fact that you have to actively resupply your ships in order to generate earnings.

Massive hype – as much a con as it is a pro

With the already massive hype building stronger and stronger, will the project live up to everyone’s expectations?

Here’s how you can get started (and start earning) with Star Atlas today, even if this is your first time hearing about the project.

Step 1: Download the Phantom Crypto Wallet (or another Solana wallet) on your device. Step 3: Navigate to the marketplace of Star Atlas. (At play.staratlas.com) Step 4: Click on the ‘Connect Wallet’ button located at the bottom-left corner of the window.

Step 5: Click on Phantom (or your Solana-supported crypto wallet.)

Step 6: Once your wallet is connected, browse the marketplace to purchase your desired in-game assets. Step 7: When you purchase a ship NFT, you can deploy it in missions and start earning ATLAS.

Is Star Atlas an actual game?

Yes, Star Atlas is an upcoming blockchain-based gaming metaverse built on Solana that will allow players to enjoy endless hours of fun gameplay and exciting fantasy lore while giving them the opportunity to earn as they play and acquire valuable digital assets.

Is Star Atlas a good investment?

Star Atlas is potentially a good investment, but the risk is always there. It has a higher probability of going up rather than going down because of its well-designed tokenomics, massive community, and incredible potential to become a staple title for all crypto and play-to-earn enthusiasts.

What is the Star Atlas token?

Star Atlas token is the native token of the Star Atlas blockchain gaming metaverse. With it, players can purchase a wide variety of digital assets and participate in the vast metaverse economy.

When is the Star Atlas release date?

Star Atlas is set to release in 2022 on PC. The exact date of release is currently not known, but the game is expected to reach players somewhere around the end of the year.