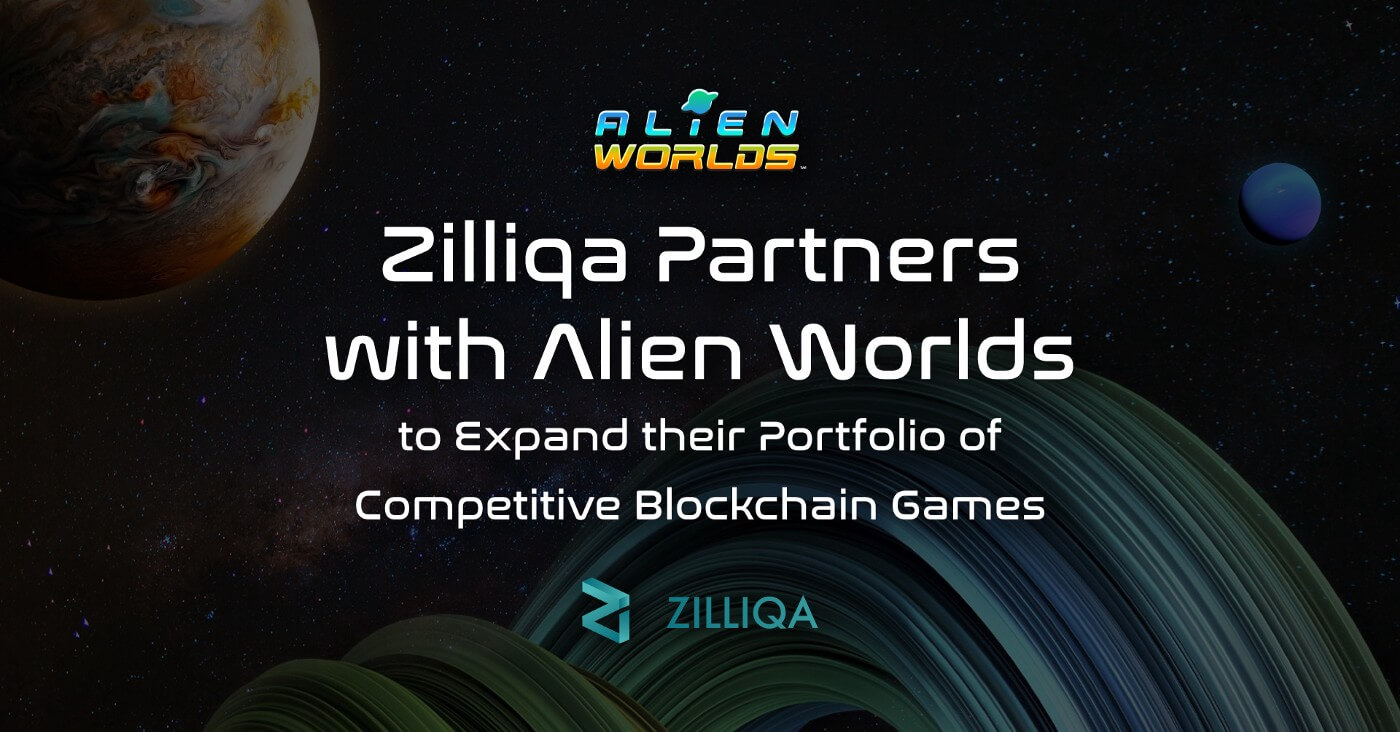 Zilliqa is a layer-1 smart contract blockchain platform that has announced its partnership with Alien Worlds, one of the most popular play-to-earn blockchain games with over 700K monthly active users. The partnership will help Alien Worlds integrate the Zilliqa blockchain using their Unity Software Development Kit. Other highlights of this partnership include a deal with Zilliqa’s eSports partners to showcase in-game features in Alien Worlds.

Zilliqa launched the Unity SDK in May 2022, accelerating the adoption of the Zilliqa blockchain in games. In addition, it allows games deployed on other protocols to migrate easily. As a part of the partnership, the Zilliqa blockchain will be integrated within Alien Worlds through the Unity SDK. Zilliqa will also provide a platform to showcase the in-game DAOs and PvP features in one place. The company is also building a gaming hub to help players buy, sell and trade in-game items and earn rewards.

“We’ll provide Alien Worlds with technical support to ensure the game is properly integrated with our Unity SDK and gaming hub, in what will be a strong addition to our ecosystem.”

According to the Alien Worlds team, integrating the Zilliqa blockchain will help the game introduce DAO tokens as a part of its game mechanics. In addition, Zilliqa’s eSports partners will also help Alien Worlds bring competitive gaming to blockchain games. These features will help onboard more traditional gamers with the advantage of more exciting P2P gaming in web3 games.

In March 2022, Zilliqa partnered with three eSports and gaming companies, including Indonesian-based RPQ, Sweden-based Ninjas in Pyjamas, and Spain-based MAD Lions. Being the official blockchain partner of the above eSports companies, Zilliqa will be responsible for implementing web3 solutions, NFT integration, and metaverse features for the eSports brands.

“Our esports partners provide us with access to huge audiences of highly engaged, tech-savvy fans. We’re excited by the prospect of building web3 experiences for these fans and enabling new ways to engage with and support the players and teams they’re passionate about.”

Players who already play Alien Worlds will have the chance to get early access and in-game rewards for Zilliqa’s game launch. On the other hand, Alien World’s large player base will help Zilliqa gain exposure for the upcoming gaming hub and the upcoming blockchain game. So it’s a win-win situation for both Alien Worlds and Zilliqa.

What is the Zilliqa blockchain?