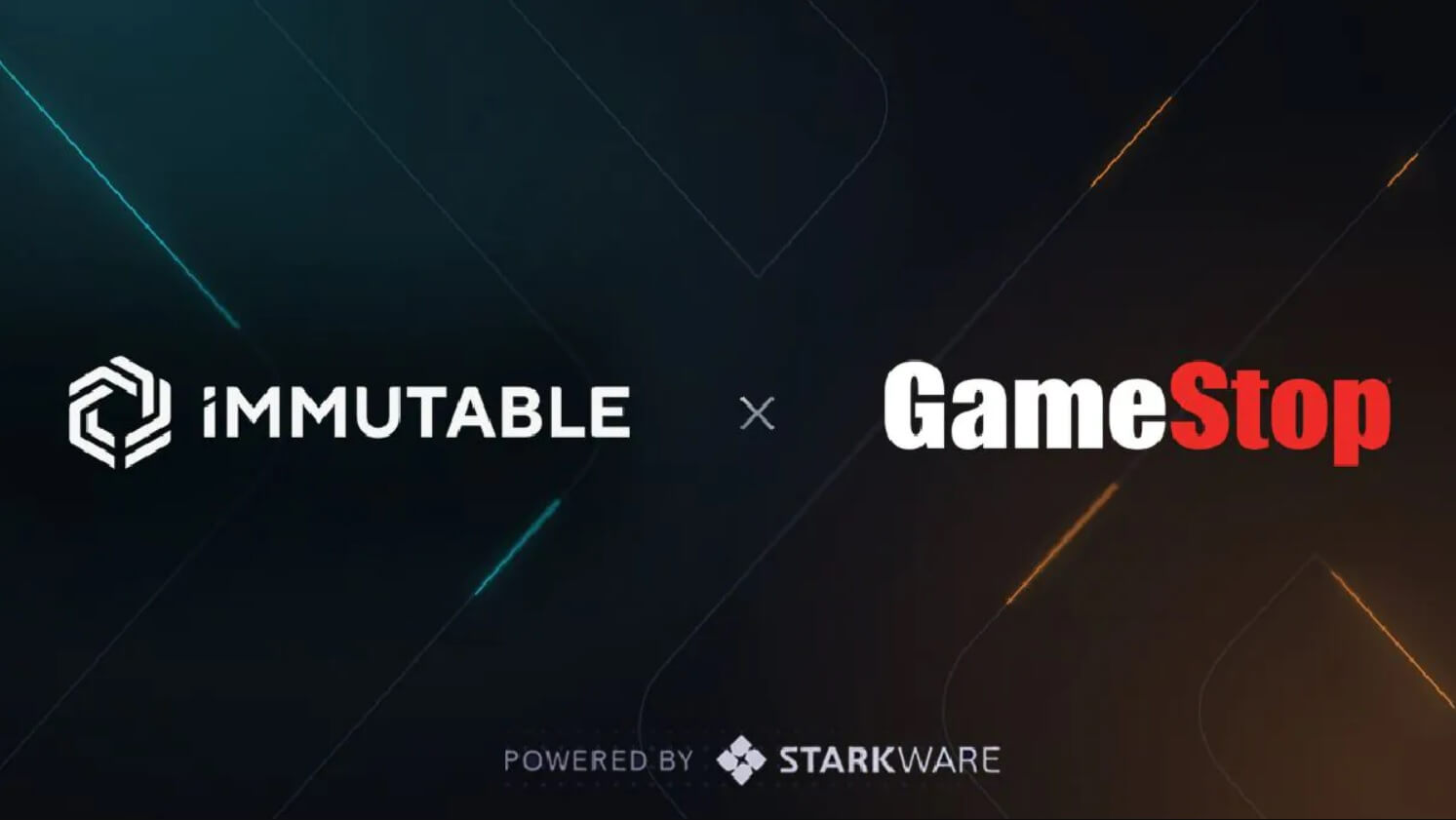 Immutable X, the next-generation protocol for trading Ethereum NFTs, has announced integration and early access of GameStop Wallet for all users. Early access to the GameStop wallet on Immutable X will allow users to connect the wallet and trade. Recently GameStop Corporation partnered with Immutable X to launch its NFT marketplace. As a result, immutable X will also become a layer-2 partner for GameStop.

GameStop has partnered with Immutable X to integrate its wallet extension and allow users to make transactions using the wallet. From now onwards, users will get the GameStop wallet option on any Immutable X marketplace or partner.

While the developers are still working on releasing the full version of the GameStop wallet, users will have access to the full Immutable X ecosystem. In the early access version, the Immutable X Link popup will appear, requiring confirmation and setting up of Immutable X Key. In addition, during the early access version, all interactions will be made by the GameStop wallet through the Link feature. After the full version is launched, these features will be integrated into the wallet extension. Users can withdraw, deposit, view, or trade assets from the marketplace.

What is the GameStop NFT platform?

GameStop Corp. recently established an NFT marketplace powered by Immutable X. The Etherium Layer-2-based marketplace allows users to own digital assets and buy or sell them. By exploring the blockchain domain GameStop, the American video games retailer company is trying to make its way into the web3 space. GameStop would use Interplanetary File System(IPFS) to provide a decentralized and distributed solution for accessing data and applications.

It has also integrated Immutable’s layer-2 protocol, which is faster and reduces overall transaction costs. Gamestop has also announced a $100 million fund for game developers to boost the web3 ecosystem. The new marketplace features over 200 collections and over 53,000 NFTs. Players can trade, buy and sell game assets, characters, weapons, accessories, and other in-game items in the marketplace. In addition, the company has decided to expand to connected domains such as web3 gaming and metaverse in the future. The GameStop marketplace will compete with existing platforms such as OpenSea, Binance, Axie, and Rarible.

What is Immutable X?

Immutable X is an Ethereum layer 2 scaling solution for NFTs. Initially developed for Gods Unchained, the company has opened up its solution, and many quality projects like Guild of Guardians or Ember Sword have already joined them.

By building a layer 2 solution for Ethereum, Immutable enables game developers to benefit from the security and decentralized features of Ethereum while boosting their scalability and liquidity.

In short, Immutable X’s goal is to give players true ownership of their in-game items without prohibitive gas fees while capitalizing on Ethereum’s strengths.